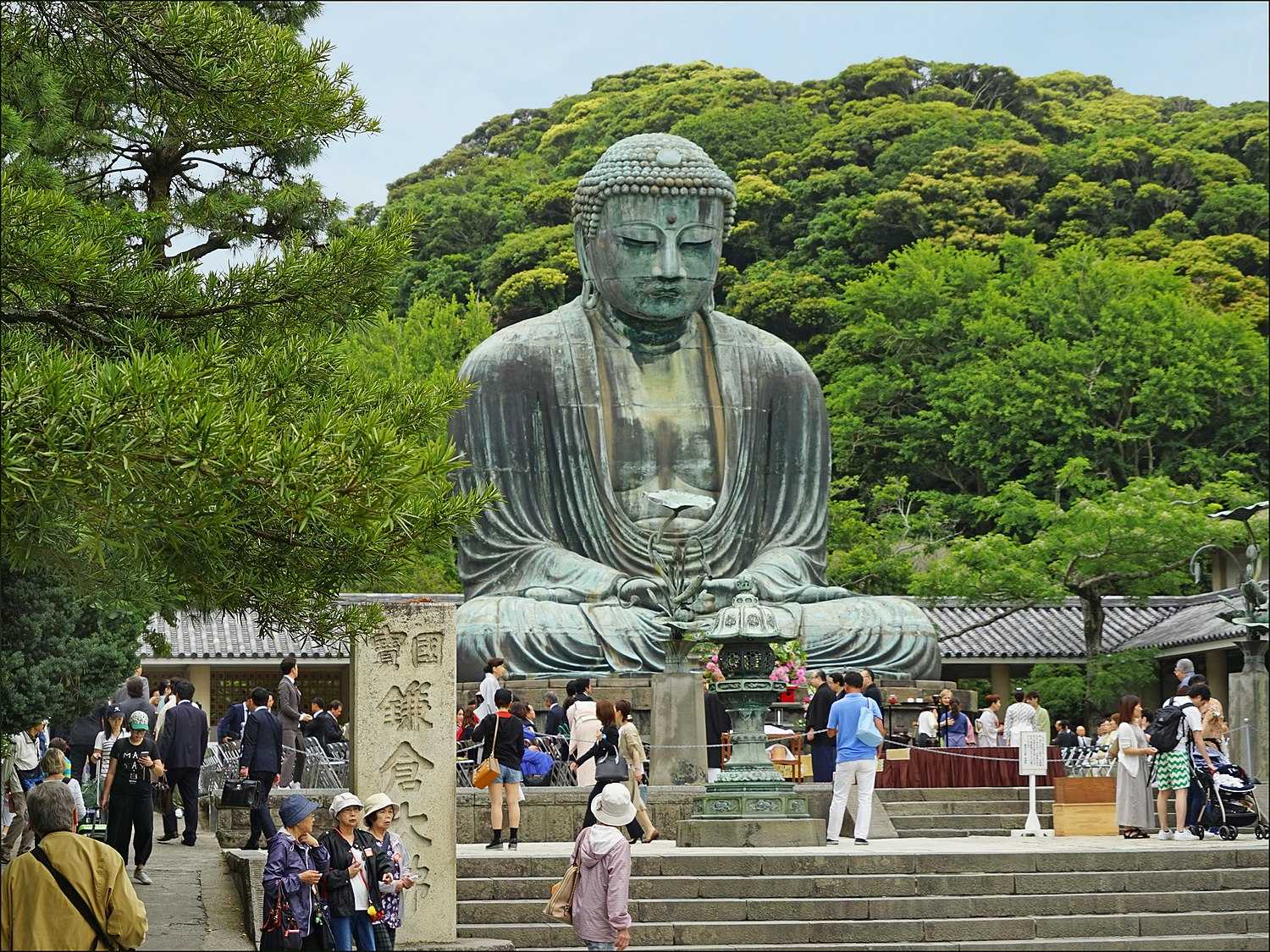 Overview of Buddhism in Japan

According to the Japanese Government's Agency for Cultural Affairs estimate, as of 2018[update], with about 84 million or about 67% of the Japanese population, Buddhism was the religion in Japan with the second most adherents, next to Shinto, though a large number of people practice elements of both.[1] According to the statistics by the Agency for Cultural Affairs in 2021, the religious corporation under the jurisdiction of the Ministry of Education, Culture, Sports, Science and Technology in Japan had 135 million believers, of which 47 million were Buddhists and most of them were believers of new schools of Buddhism which were established in the Kamakura period (1185－1333).[7] According to these statistics, the largest sects of Japanese Buddhism are the Jōdo Buddhists with 22 million believers, followed by the Nichiren Buddhists with 11 million believers.[7] There are a wide range of estimates, however; the Pew Research Center estimated 36.2% of the population in 2010 practiced Buddhism.[8] The Japanese General Social Survey places the figure at less than 20% of the population in 2017, and along with the 2013 Japanese National Character Survey, shows that roughly 70% of the population do not adhere to any religious beliefs.[2] Another survey indicates that about 60% of the Japanese have a Butsudan (Buddhist shrine) in their homes.[9] According to a Pew Research study from 2012, Japan has the third largest Buddhist population in the world, after China and Thailand.[10]