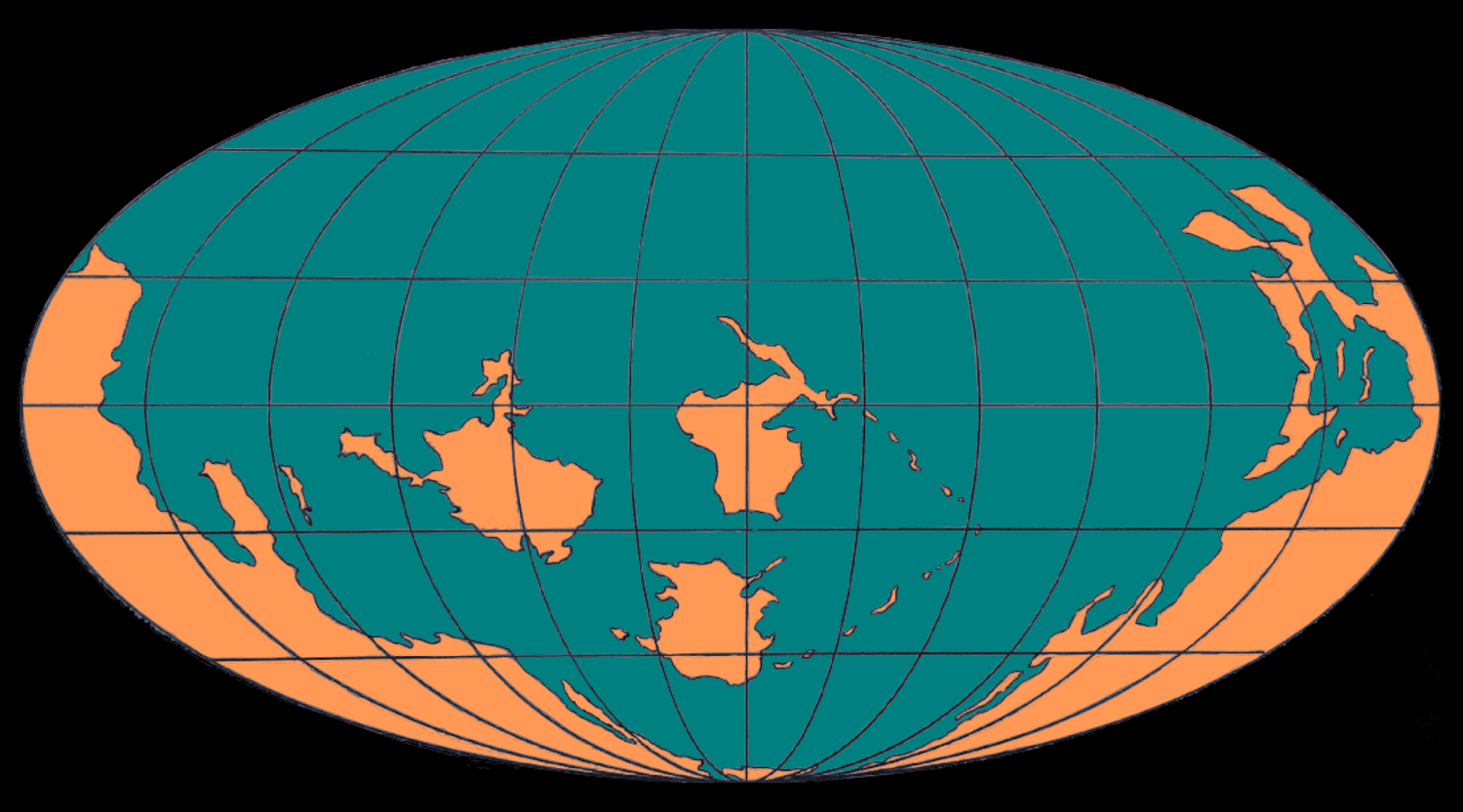 The Cambrian Period ( /ˈkæmbri.ən, ˈkeɪm-/ KAM-bree-ən, KAYM-; sometimes symbolized Ꞓ) was the first geological period of the Paleozoic Era, and of the Phanerozoic Eon.[5] The Cambrian lasted 53.4 million years from the end of the preceding Ediacaran Period 538.8 million years ago (mya) to the beginning of the Ordovician Period 485.4 mya.[6] Its subdivisions, and its base, are somewhat in flux. The period was established as "Cambrian series" by Adam Sedgwick,[5] who named it after Cambria, the Latin name for 'Cymru' (Wales), where Britain's Cambrian rocks are best exposed.[7][8][9] Sedgwick identified the layer as part of his task, along with Roderick Murchison, to subdivide the large "Transition Series", although the two geologists disagreed for a while on the appropriate categorization.[5] The Cambrian is unique in its unusually high proportion of lagerstätte sedimentary deposits, sites of exceptional preservation where "soft" parts of organisms are preserved as well as their more resistant shells. As a result, our understanding of the Cambrian biology surpasses that of some later periods.[10]

First period of the Paleozoic Era, 539–485 million years ago

The Cambrian marked a profound change in life on Earth: prior to the Cambrian, the majority of living organisms on the whole were small, unicellular and simple (Ediacaran fauna being notable exceptions). Complex, multicellular organisms gradually became more common in the millions of years immediately preceding the Cambrian, but it was not until this period that mineralized – hence readily fossilized – organisms became common.[11] The rapid diversification of lifeforms in the Cambrian, known as the Cambrian explosion, produced the first representatives of all modern animal phyla. Phylogenetic analysis has supported the view that before the Cambrian radiation, in the Cryogenian[12][13][14] or Tonian,[15] animals (metazoans) evolved monophyletically from a single common ancestor: flagellated colonial protists similar to modern choanoflagellates.[16] Although diverse life forms prospered in the oceans, the land is thought to have been comparatively barren – with nothing more complex than a microbial soil crust[17] and a few molluscs and arthropods (albeit not terrestrial) that emerged to browse on the microbial biofilm.[18] By the end of the Cambrian, myriapods,[19][20] arachnids,[21] and hexapods[22] started adapting to the land, along with the first plants.[23][24] Most of the continents were probably dry and rocky due to a lack of vegetation. Shallow seas flanked the margins of several continents created during the breakup of the supercontinent Pannotia. The seas were relatively warm, and polar ice was absent for much of the period.