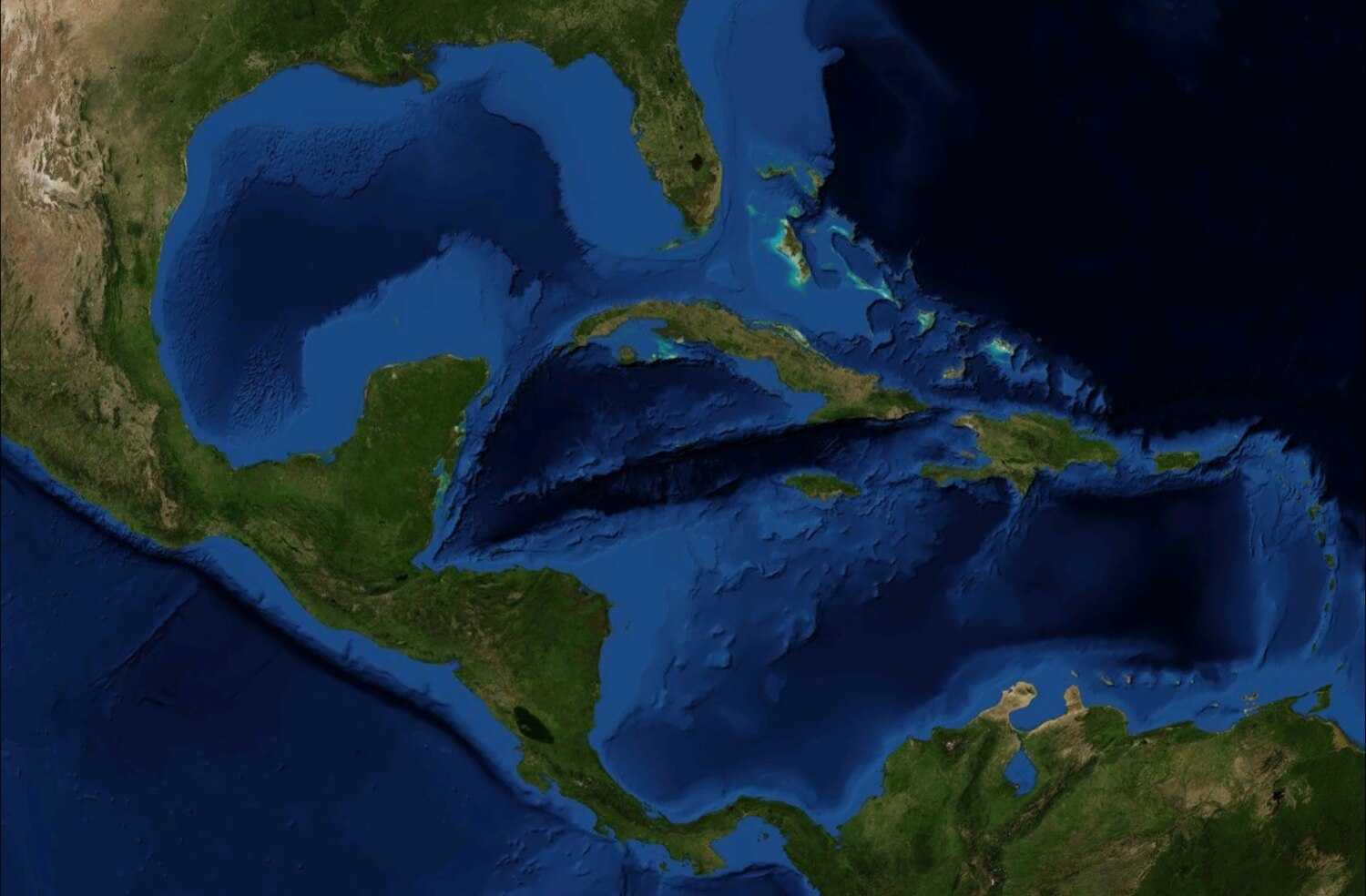 The Caribbean Sea (Spanish: Mar Caribe; French: Mer des Caraïbes; Haitian Creole: Lanmè Karayib; Jamaican Patois: Kiaribiyan Sii; Dutch: Caraïbische Zee; Papiamento: Laman Karibe) is a sea of the Atlantic Ocean in the tropics of the Western Hemisphere. It is bounded by Mexico and Central America to the west and southwest, to the north by the Greater Antilles starting with Cuba, to the east by the Lesser Antilles, and to the south by the northern coast of South America. The Gulf of Mexico lies to the northwest.

Sea of the Atlantic Ocean bounded by North, Central and South America
Body of water

The entire area of the Caribbean Sea, the numerous islands of the West Indies, and adjacent coasts are collectively known as the Caribbean. The Caribbean Sea is one of the largest seas and has an area of about 2,754,000 km2 (1,063,000 sq mi).[1][2] The sea's deepest point is the Cayman Trough, between the Cayman Islands and Jamaica, at 7,686 m (25,217 ft) below sea level. The Caribbean coastline has many gulfs and bays: the Gulf of Gonâve, Gulf of Venezuela, Gulf of Darién, Golfo de los Mosquitos, Gulf of Paria and Gulf of Honduras.

The Caribbean Sea has the world's second largest barrier reef, the Mesoamerican Barrier Reef. It runs 1,000 km (620 mi) along the coasts of Mexico, Belize, Guatemala, and Honduras.[3]