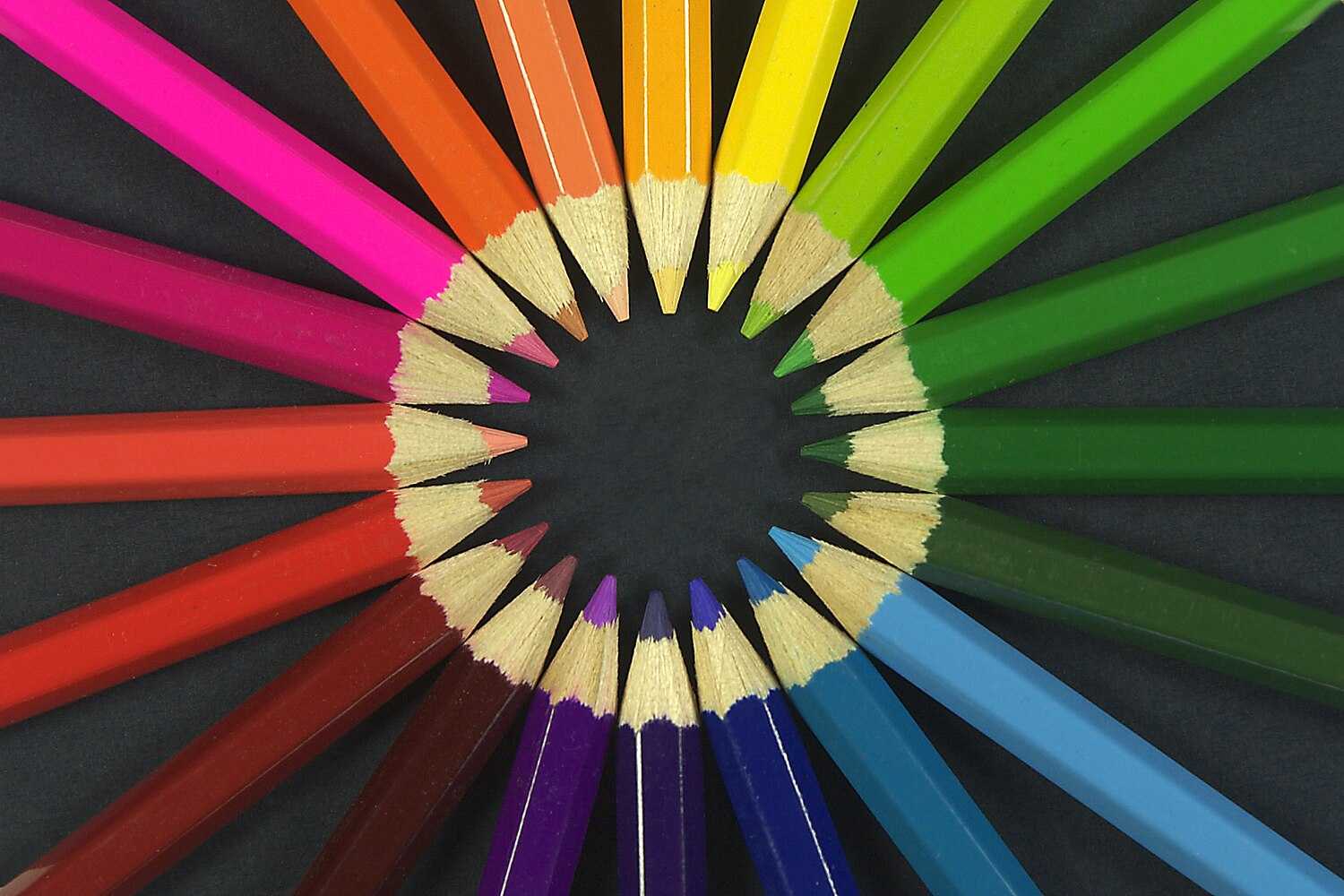 Color (American English) or colour (Commonwealth English) is the visual perception based on the electromagnetic spectrum. Though color is not an inherent property of matter, color perception is related to an object's light absorption, reflection, emission spectra and interference. For most humans, color are perceived in the visible light spectrum with three types of cone cells (trichromacy). Other animals may have a different number of cone cell types or have eyes sensitive to different wavelength, such as bees that can distinguish ultraviolet, thus has a different color sensitivity range. Animal perception of color originates from different light wavelength or spectral sensitivity in cone cell types, which is then being processed by the brain.

Visual perception of the light spectrum

Colors have perceived properties such as hue, colorfulness (saturation) and luminance. Colors can also be additively mixed (commonly used for actual light) or subtractively mixed (commonly used for materials). If the colors are mixed in the right proportions, because of metamerism, they may look the same as a single-wavelength light. For convenience, colors can be organized in a color space, which when being abstracted as a mathematical color model can assign each region of color with a corresponding set of numbers. As such, color spaces are an essential tool for color reproduction in print, photography, computer monitors and television. The most well-known color models are RGB, CMYK, YUV, HSL and HSV.

Because the perception of color is an important aspect of human life, different colors have been associated with emotions, activity, and nationality. Names of color regions in different cultures can have different, sometimes overlapping areas. In visual arts, color theory is used to govern the use of colors in an aesthetically pleasing and harmonious way. The theory of color includes the color complements; color balance; and classification of primary colors (traditionally red, yellow, blue), secondary colors (traditionally orange, green, purple) and tertiary colors. The study of colors in general is called color science.