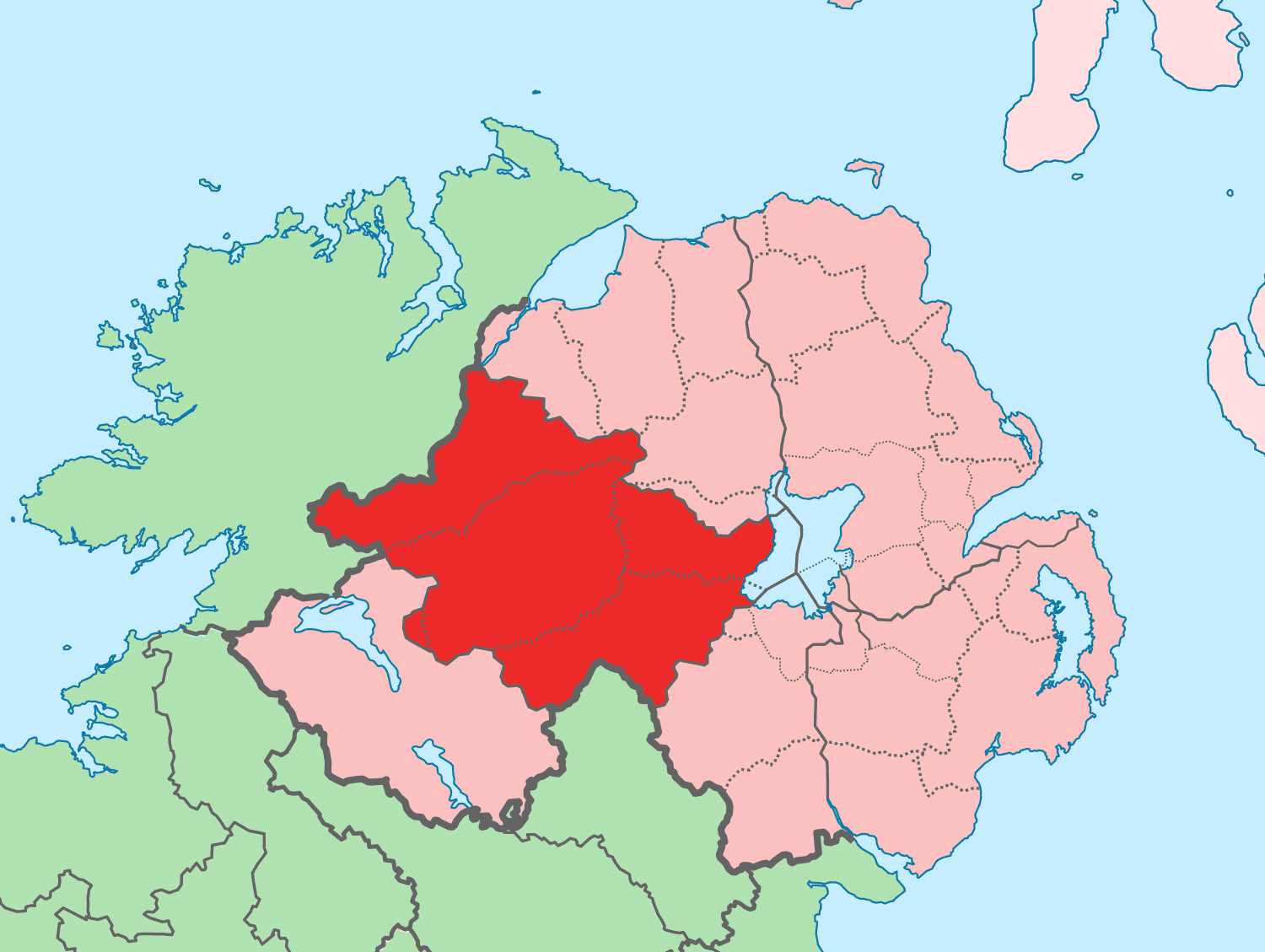 County Tyrone (/tɪˈroʊn/;[6] from Irish: Tír Eoghain, meaning 'land of Eoghan') is one of the six counties of Northern Ireland, one of the nine counties of Ulster and one of the thirty-two traditional counties of Ireland. It is no longer used as an administrative division for local government but retains a strong identity in popular culture.

Adjoined to the south-west shore of Lough Neagh, the county covers an area of 3,266 km2 (1,261 sq mi)[1] and has a population of about 177,986; its county town is Omagh. The county derives its name and general geographic location from Tír Eoghain, a Gaelic kingdom under the O'Neill dynasty which existed until the 17th century.