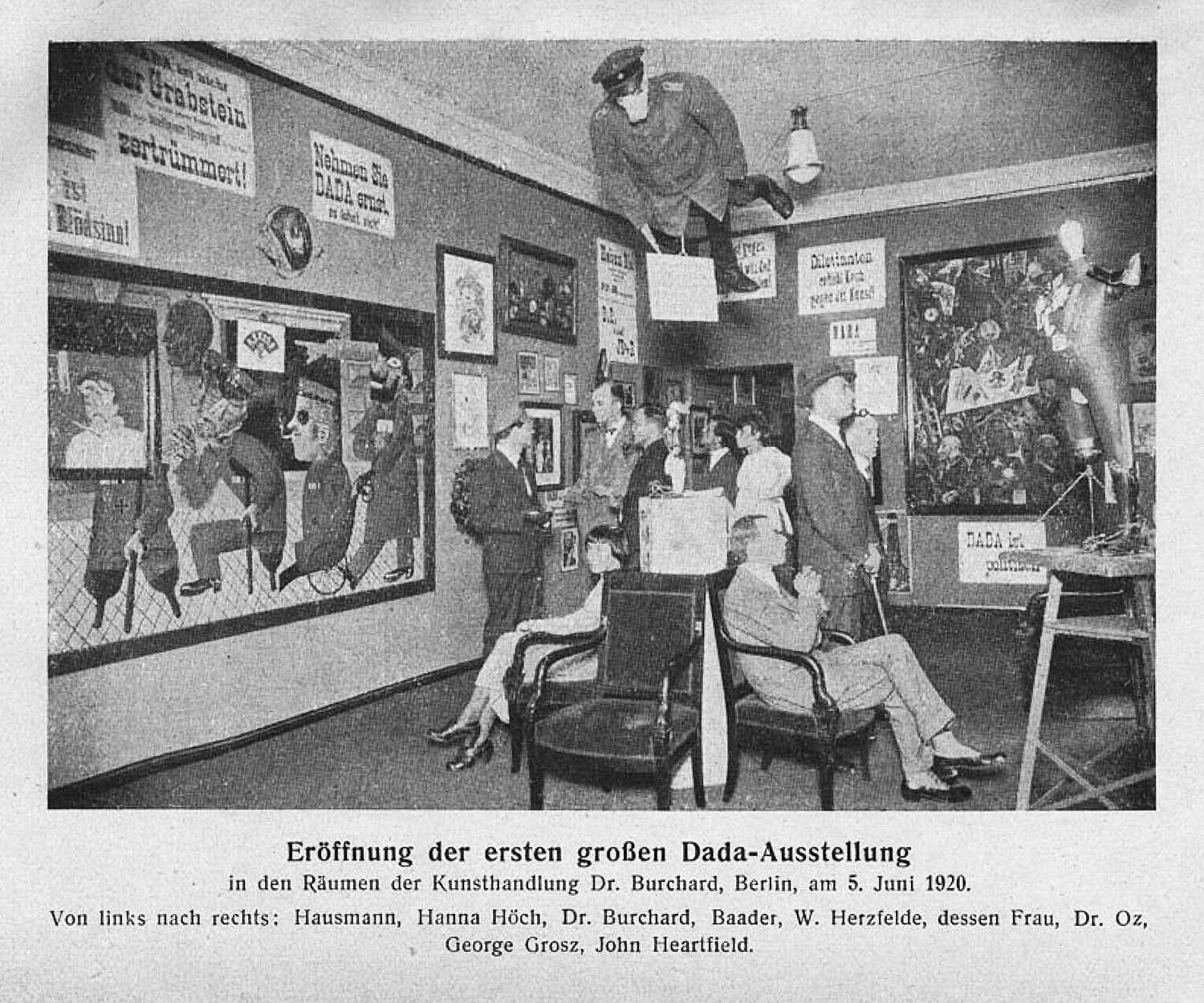 Dada (/ˈdɑːdɑː/) or Dadaism was an art movement of the European avant-garde in the early 20th century, with early centres in Zürich, Switzerland, at the Cabaret Voltaire (in 1916). New York Dada began c. 1915,[2][3] and after 1920 Dada flourished in Paris. Dadaist activities lasted until the mid 1920s.

Developed in reaction to World War I, the Dada movement consisted of artists who rejected the logic, reason, and aestheticism of modern capitalist society, instead expressing nonsense, irrationality, and anti-bourgeois protest in their works.[4][5][6] The art of the movement spanned visual, literary, and sound media, including collage, sound poetry, cut-up writing, and sculpture. Dadaist artists expressed their discontent toward violence, war, and nationalism, and maintained political affinities with radical left-wing and far-left politics.[7][8][9][10]

There is no consensus on the origin of the movement's name; a common story is that the German artist Richard Huelsenbeck slid a paper knife (letter-opener) at random into a dictionary, where it landed on "dada", a colloquial French term for a hobby horse. Jean Arp wrote that Tristan Tzara invented the word at 6 p.m. on 6 February 1916, in the Café de la Terrasse in Zürich.[11] Others note that it suggests the first words of a child, evoking a childishness and absurdity that appealed to the group. Still others speculate that the word might have been chosen to evoke a similar meaning (or no meaning at all) in any language, reflecting the movement's internationalism.[12]

The roots of Dada lie in pre-war avant-garde. The term anti-art, a precursor to Dada, was coined by Marcel Duchamp around 1913 to characterize works that challenge accepted definitions of art.[13] Cubism and the development of collage and abstract art would inform the movement's detachment from the constraints of reality and convention. The work of French poets, Italian Futurists and the German Expressionists would influence Dada's rejection of the tight correlation between words and meaning.[14] Works such as Ubu Roi (1896) by Alfred Jarry and the ballet Parade (1916–17) by Erik Satie would also be characterized as proto-Dadaist works.[15] The Dada movement's principles were first collected in Hugo Ball's Dada Manifesto in 1916.