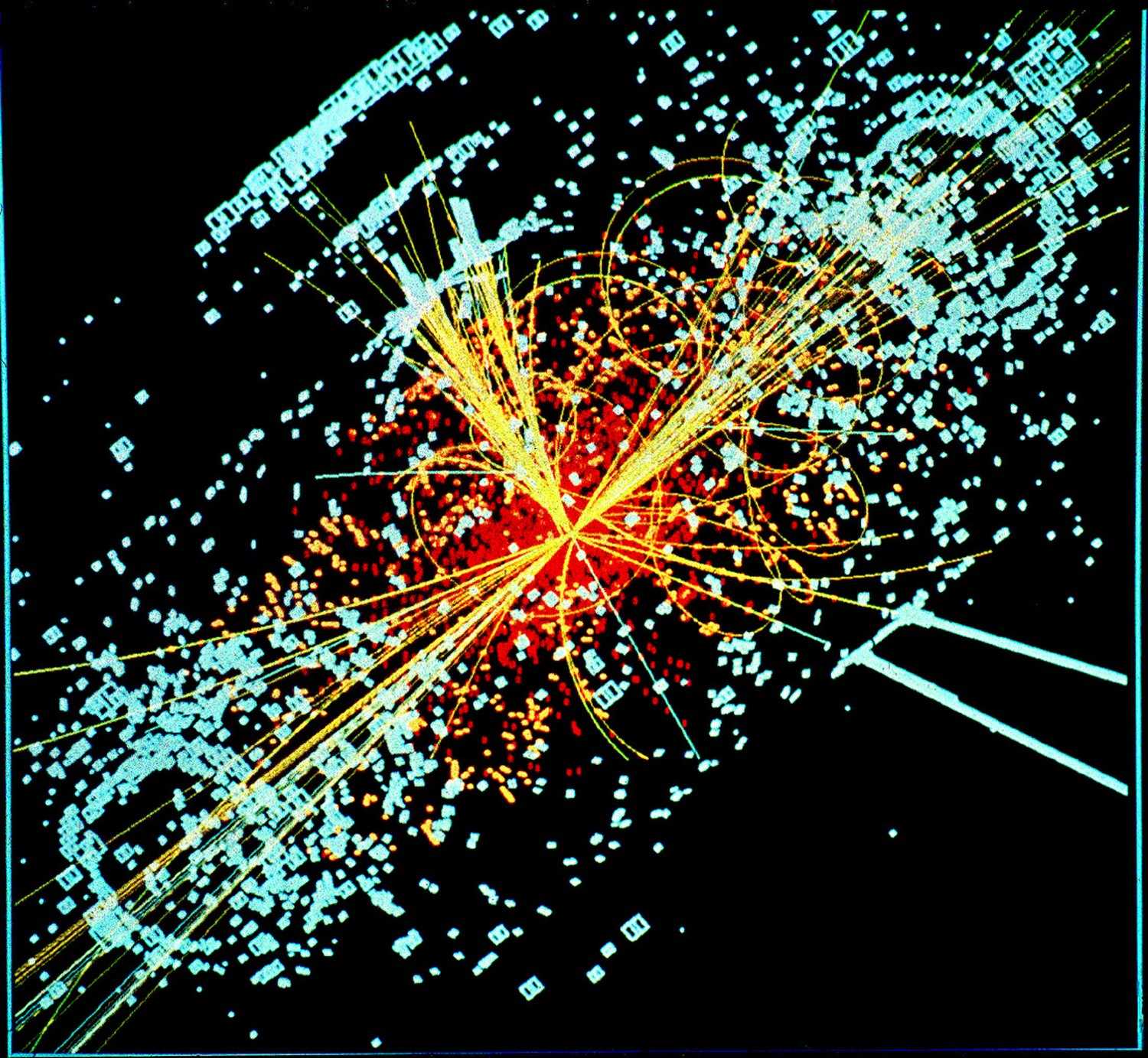 Dark matter is a hypothetical form of matter thought to account for approximately 85% of the matter in the universe.[1] Dark matter is called "dark" because it does not appear to interact with the electromagnetic field, which means it does not absorb, reflect, or emit electromagnetic radiation and is, therefore, difficult to detect. Various astrophysical observations – including gravitational effects which cannot be explained by currently accepted theories of gravity unless more matter is present than can be seen – imply dark matter's presence. For this reason, most experts think that dark matter is abundant in the universe and has had a strong influence on its structure and evolution.[2]

The primary evidence for dark matter comes from calculations showing that many galaxies would behave quite differently if they did not contain a large amount of unseen matter. Some galaxies would not have formed at all and others would not move as they currently do.[3] Other lines of evidence include observations in gravitational lensing[4] and the cosmic microwave background, along with astronomical observations of the observable universe's current structure, the formation and evolution of galaxies, mass location during galactic collisions,[5] and the motion of galaxies within galaxy clusters. In the standard Lambda-CDM model of cosmology, the total mass-energy content of the universe contains 5% ordinary matter, 26.8% dark matter, and 68.2% of a form of energy known as dark energy.[6][7][8][9] Thus, dark matter constitutes 85%[lower-alpha 1] of the total mass, while dark energy and dark matter constitute 95% of the total mass-energy content.[10][11][12][13]

Because no one has directly observed dark matter yet – assuming it exists – it must barely interact with ordinary baryonic matter and radiation except through gravity. Dark matter is thought to be non-baryonic; it may be composed of some as-yet-undiscovered subatomic particles.[lower-alpha 2] The primary candidate for dark matter is some new kind of elementary particle that has not yet been discovered, particularly weakly interacting massive particles (WIMPs),[14] Many experiments to detect and study dark matter particles directly are being actively undertaken, but none have yet succeeded.[15] Dark matter is classified as "cold," "warm," or "hot" according to its velocity (more precisely, its free streaming length). Current models favor a cold dark matter scenario, in which structures emerge by the gradual accumulation of particles.

Although the scientific community generally accepts dark matter's existence,[16] some astrophysicists, intrigued by specific observations that are not well-explained by ordinary dark matter, argue for various modifications of the standard laws of general relativity. These include modified Newtonian dynamics, tensor–vector–scalar gravity, or entropic gravity. These models attempt to account for all observations without invoking supplemental non-baryonic matter.