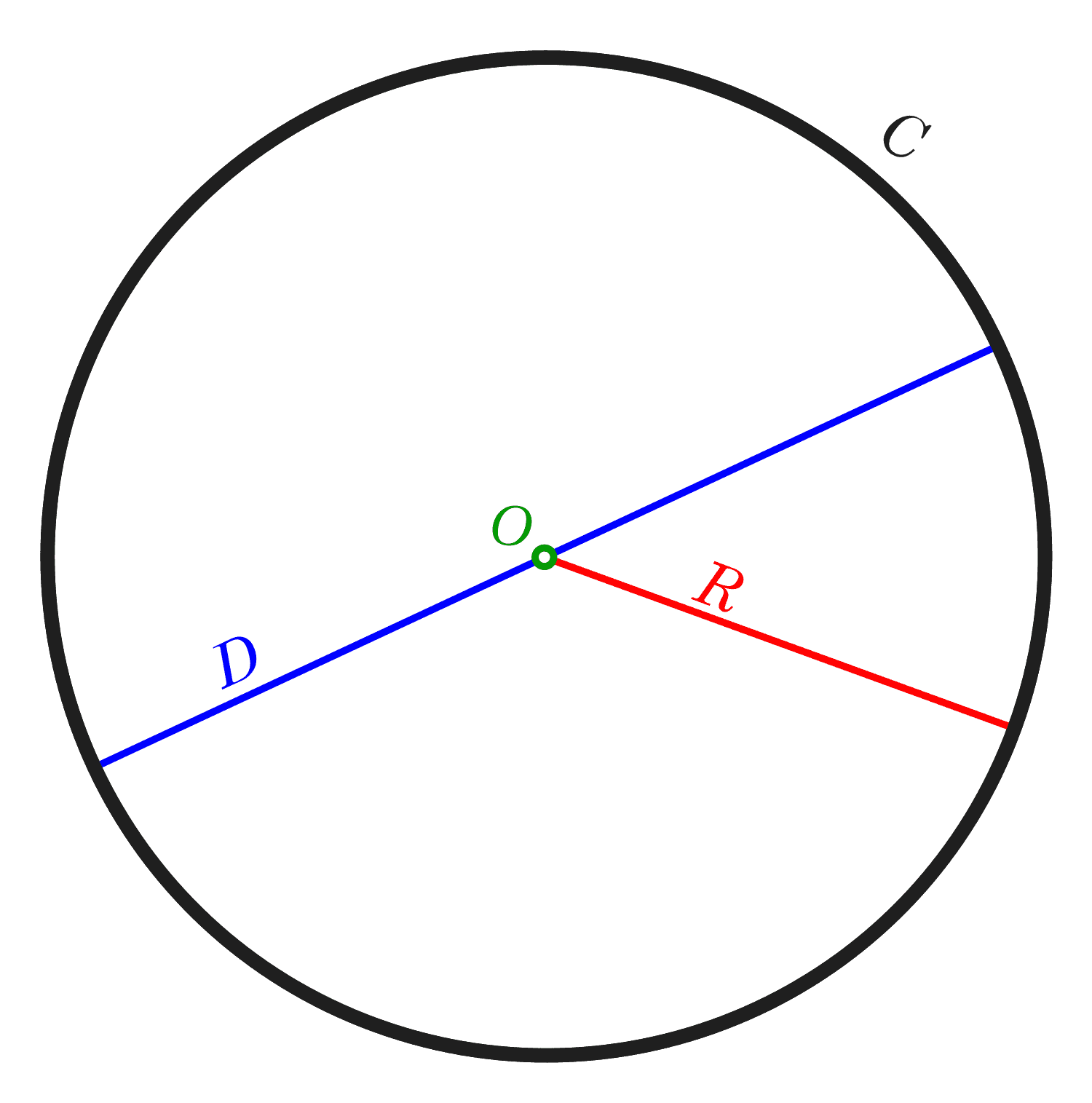 Straight line segment that passes through the center of a circle

In more modern usage, the length

of a diameter is also called the diameter. In this sense one speaks of the diameter rather than a diameter (which refers to the line segment itself), because all diameters of a circle or sphere have the same length, this being twice the radius

For a convex shape in the plane, the diameter is defined to be the largest distance that can be formed between two opposite parallel lines tangent to its boundary, and the width is often defined to be the smallest such distance. Both quantities can be calculated efficiently using rotating calipers.[1] For a curve of constant width such as the Reuleaux triangle, the width and diameter are the same because all such pairs of parallel tangent lines have the same distance.

The word "diameter" is derived from Ancient Greek: διάμετρος (diametros), "diameter of a circle", from διά (dia), "across, through" and μέτρον (metron), "measure".[3] It is often abbreviated