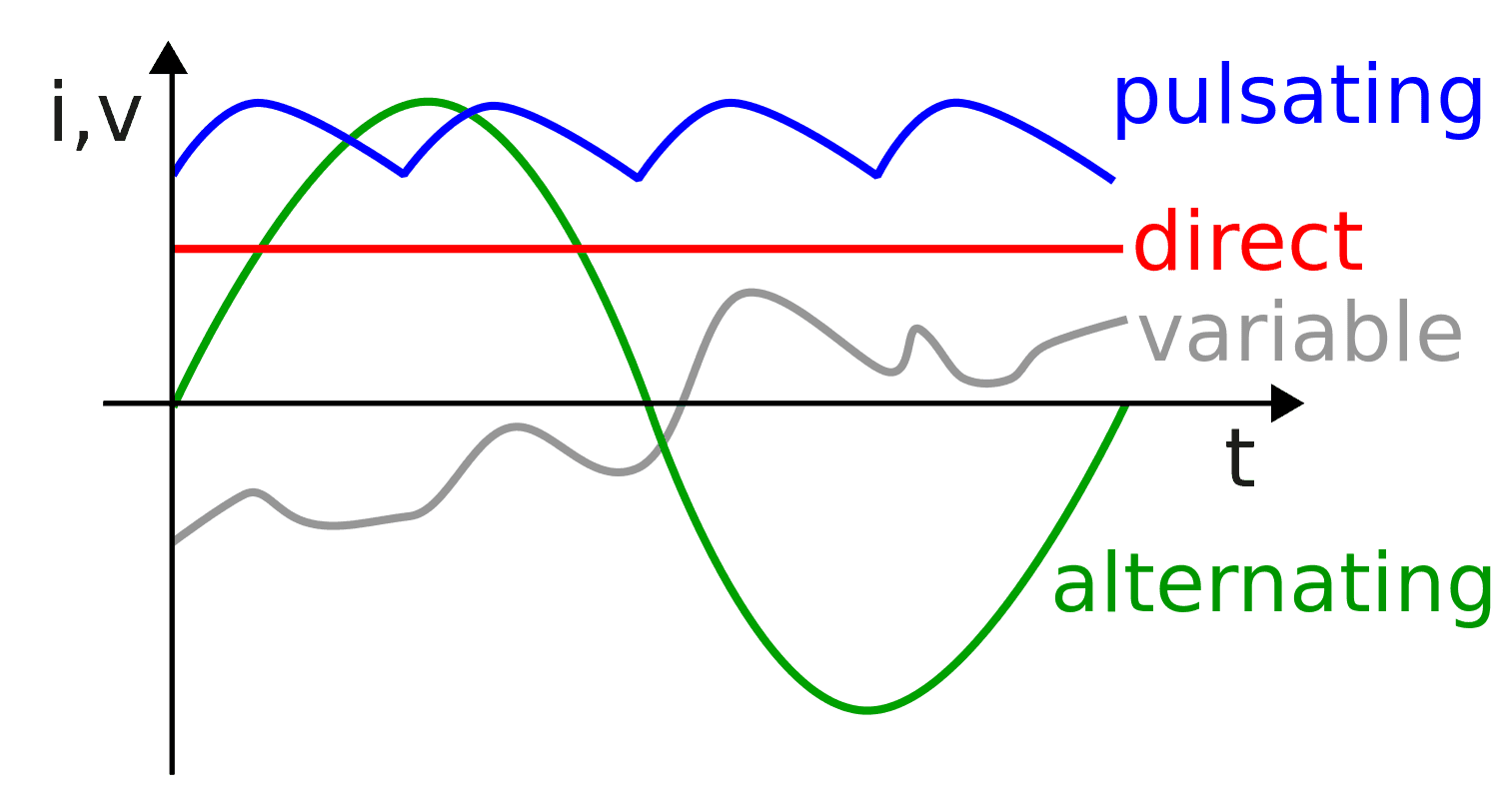 Direct current (DC) is one-directional flow of electric charge. An electrochemical cell is a prime example of DC power. Direct current may flow through a conductor such as a wire, but can also flow through semiconductors, insulators, or even through a vacuum as in electron or ion beams. The electric current flows in a constant direction, distinguishing it from alternating current (AC). A term formerly used for this type of current was galvanic current.[1]

The abbreviations AC and DC are often used to mean simply alternating and direct, as when they modify current or voltage.[2][3]

Direct current has many uses, from the charging of batteries to large power supplies for electronic systems, motors, and more. Very large quantities of electrical energy provided via direct-current are used in smelting of aluminum and other electrochemical processes. It is also used for some railways, especially in urban areas. High-voltage direct current is used to transmit large amounts of power from remote generation sites or to interconnect alternating current power grids.