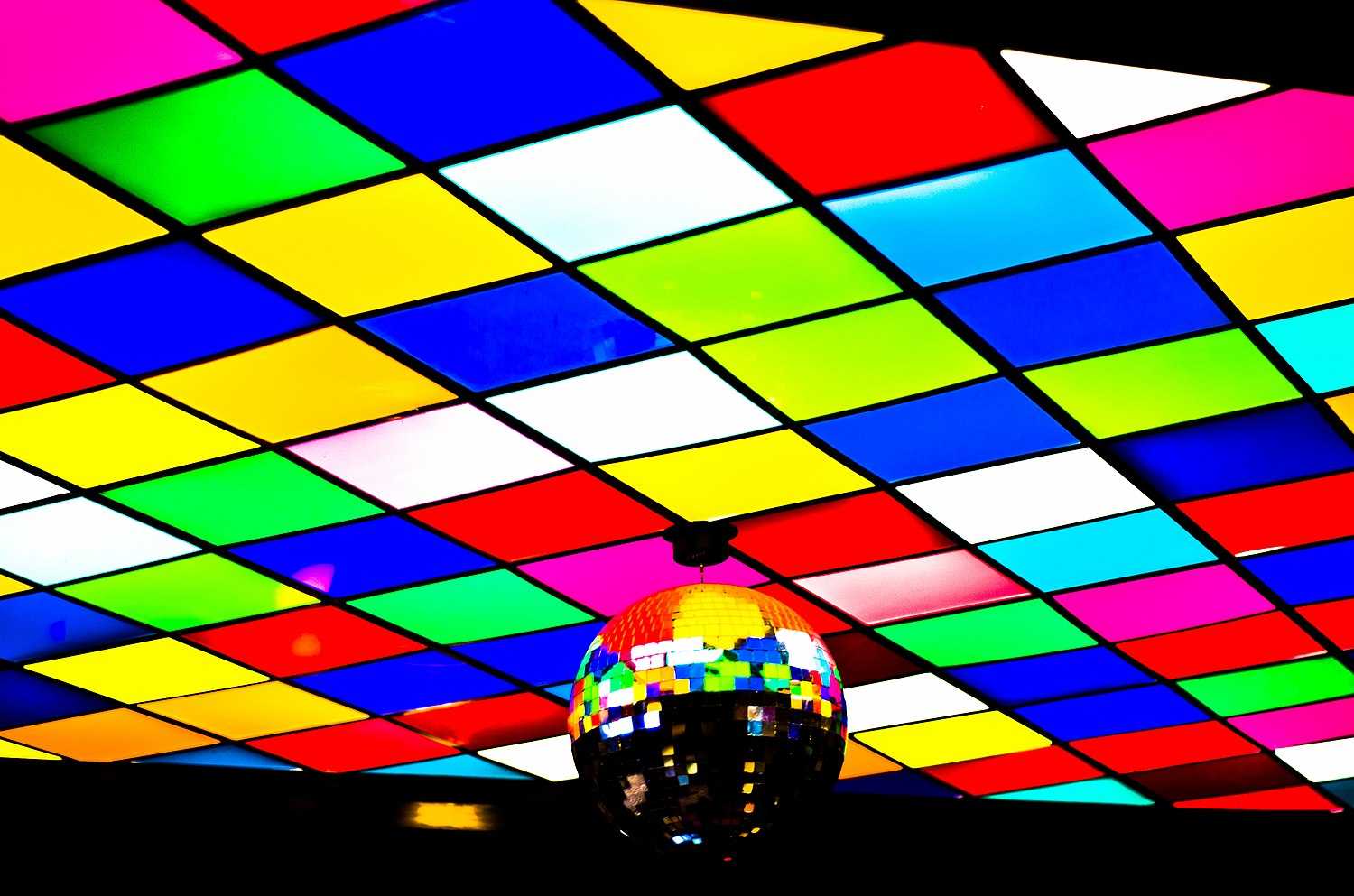 Disco is a genre of dance music and a subculture that emerged in the 1970s from the United States' urban nightlife scene. Its sound is typified by four-on-the-floor beats, syncopated basslines, string sections, brass and horns, electric piano, synthesizers, and electric rhythm guitars.

Disco started as a mixture of music from venues popular with Italian Americans, Hispanic and Latino Americans and Black Americans[5] in Philadelphia and New York City during the late 1960s and early 1970s. Disco can be seen as a reaction by the 1960s counterculture to both the dominance of rock music and the stigmatization of dance music at the time. Several dance styles were developed during the period of disco's popularity in the United States, including "the Bump" and "the Hustle".

In the course of the 1970s, disco music was developed further mainly by artists from the United States and Europe. Well-known artists include: the Bee Gees, Donna Summer, Gloria Gaynor, Giorgio Moroder, Baccara, Boney M., Earth Wind & Fire, Chaka Khan, Chic, KC and the Sunshine Band, Thelma Houston, Sister Sledge, Sylvester, The Trammps and the Village People.[6][7] While performers garnered public attention, record producers working behind the scenes played an important role in developing the genre. By the late 1970s, most major U.S. cities had thriving disco club scenes, and DJs would mix dance records at clubs such as Studio 54 in Manhattan, a venue popular among celebrities. Nightclub-goers often wore expensive, extravagant outfits, consisting predominantly of loose, flowing pants or dresses for ease of movement while dancing. There was also a thriving drug subculture in the disco scene, particularly for drugs that would enhance the experience of dancing to the loud music and the flashing lights, such as cocaine and quaaludes, the latter being so common in disco subculture that they were nicknamed "disco biscuits". Disco clubs were also associated with promiscuity as a reflection of the sexual revolution of this era in popular history. Films such as Saturday Night Fever (1977) and Thank God It's Friday (1978) contributed to disco's mainstream popularity.

Disco declined as a major trend in popular music in the United States following the infamous Disco Demolition Night, and it continued to sharply decline in popularity in the U.S. during the early 1980s; however, it remained popular in Italy and some European countries throughout the 1980s, and during this time also started becoming trendy in places elsewhere including India[8] and the Middle East,[9] where aspects of disco were blended with regional folk styles such as ghazals and belly dancing. Disco would eventually become a key influence in the development of electronic dance music, house music, hip hop, new wave, dance-punk, and post-disco. The style has had several revivals since the 1990s, and the influence of disco remains strong across American and European pop music. A revival has been underway since the early 2010s, coming to great popularity in the early 2020s. Albums that have contributed to this revival include Confessions On A Dance Floor, Random Access Memories, The Slow Rush, Cuz I Love You, Future Nostalgia, Hey U X, Melodrama, What's Your Pleasure?, About Last Night..., Róisín Machine, and Kylie Minogue's album itself titled Disco.[10][11][12][13]