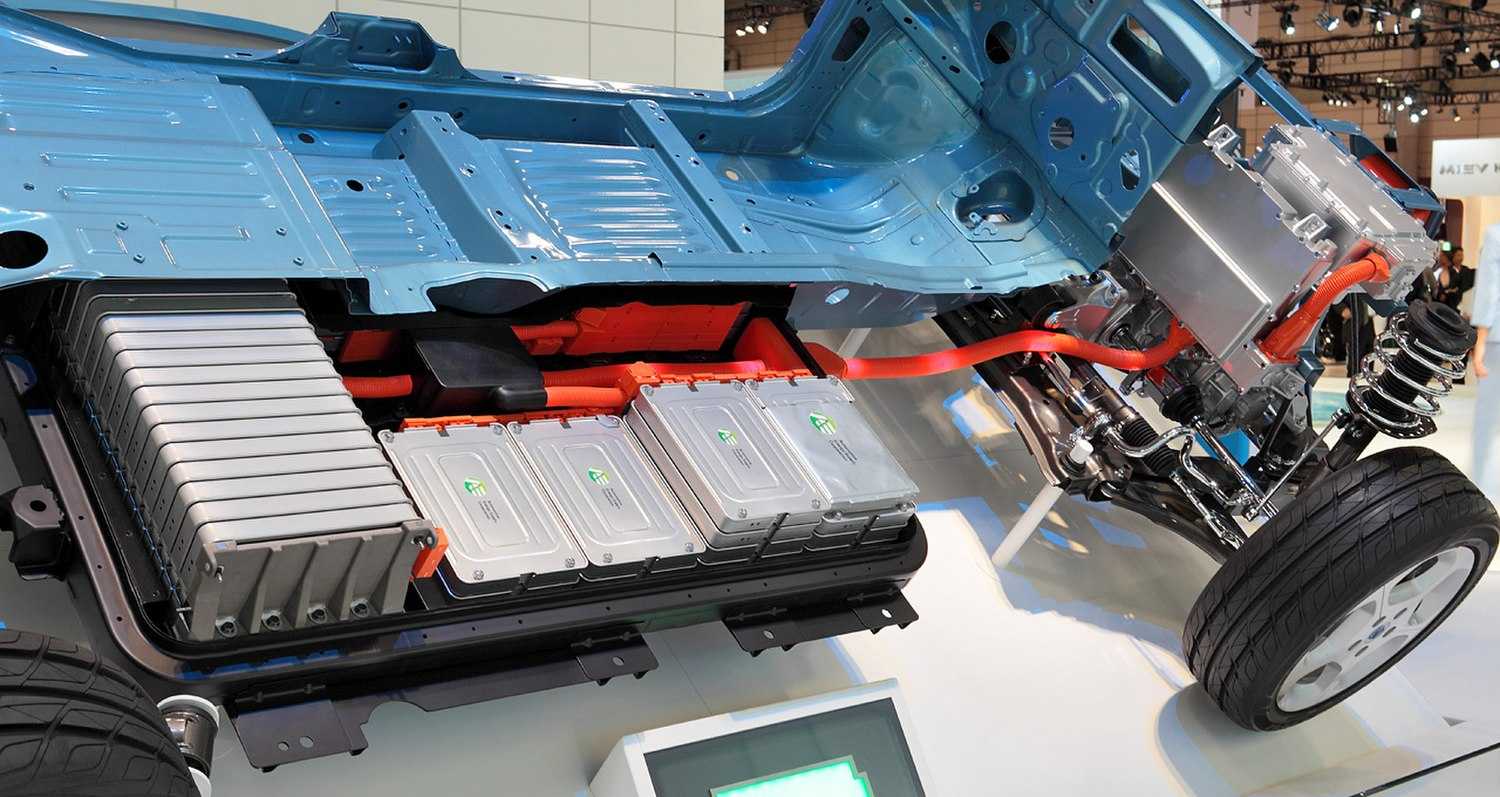 Electric vehicle batteries differ from starting, lighting, and ignition (SLI) batteries as they are designed to give power over sustained periods of time and are deep-cycle batteries. Batteries for electric vehicles are characterized by their relatively high power-to-weight ratio, specific energy and energy density; smaller, lighter batteries are desirable because they reduce the weight of the vehicle and therefore improve its performance. Compared to liquid fuels, most current battery technologies have much lower specific energy, and this often impacts the maximum all-electric range of the vehicles.

The most common battery type in modern electric vehicles are lithium-ion and lithium polymer, because of their high energy density compared to their weight. Other types of rechargeable batteries used in electric vehicles include lead–acid ("flooded", deep-cycle, and valve regulated lead acid), nickel-cadmium, nickel–metal hydride, and, less commonly, zinc–air, and sodium nickel chloride ("zebra") batteries.[1] The amount of electricity (i.e. electric charge) stored in batteries is measured in ampere hours or in coulombs, with the total energy often measured in kilowatt-hours (kWh).

Since the late 1990s, advances in lithium-ion battery technology have been driven by demands from portable electronics, laptop computers, mobile phones, and power tools. The BEV and HEV marketplace has reaped the benefits of these advances both in performance and energy density. Unlike earlier battery chemistries, notably nickel-cadmium, lithium-ion batteries can be discharged and recharged daily and at any state of charge.

The battery pack makes up a significant cost of a BEV or a HEV. As of December 2019[update], the cost of electric vehicle batteries has fallen 87% since 2010 on a per kilowatt-hour basis.[2] As of 2018, vehicles with over 250 mi (400 km) of all-electric range, such as the Tesla Model S, have been commercialized and are now available in numerous vehicle segments.[3]

In terms of operating costs, the price of electricity to run a BEV is a small fraction of the cost of fuel for equivalent internal combustion engines, reflecting higher energy efficiency.