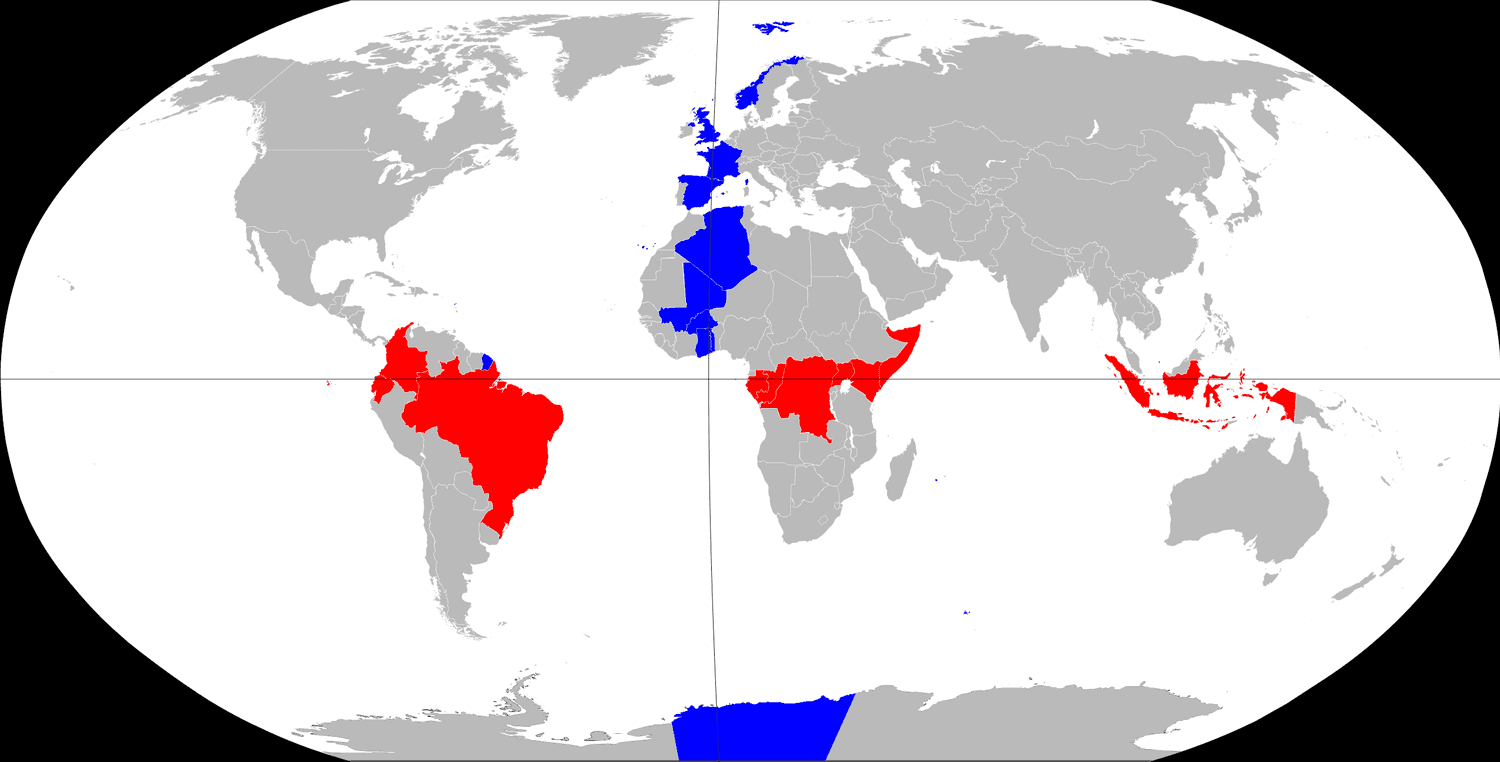 The equator is a circle of latitude that divides a spheroid, such as Earth, into the northern and southern hemispheres. On Earth, it is an imaginary line located at 0 degrees latitude, about 40,075 km (24,901 mi) in circumference, halfway between the North and South poles.[1] The term can also be used for any other celestial body that is roughly spherical.

0°
The Equator on a map of Earth

In spatial (3D) geometry, as applied in astronomy, the equator of a rotating spheroid (such as a planet) is the parallel (circle of latitude) at which latitude is defined to be 0°. It is an imaginary line on the spheroid, equidistant from its poles, dividing it into northern and southern hemispheres. In other words, it is the intersection of the spheroid with the plane perpendicular to its axis of rotation and midway between its geographical poles.

On and near the equator (on Earth), noontime sunlight appears almost directly overhead (no more than about 23° from the zenith) every day, year-round. Consequently, the equator has a rather stable daytime temperature throughout the year. On the equinoxes (approximately March 20 and September 23) the subsolar point crosses Earth's equator at a shallow angle, sunlight shines perpendicular to Earth's axis of rotation, and all latitudes have nearly a 12-hour day and 12-hour night.[2]