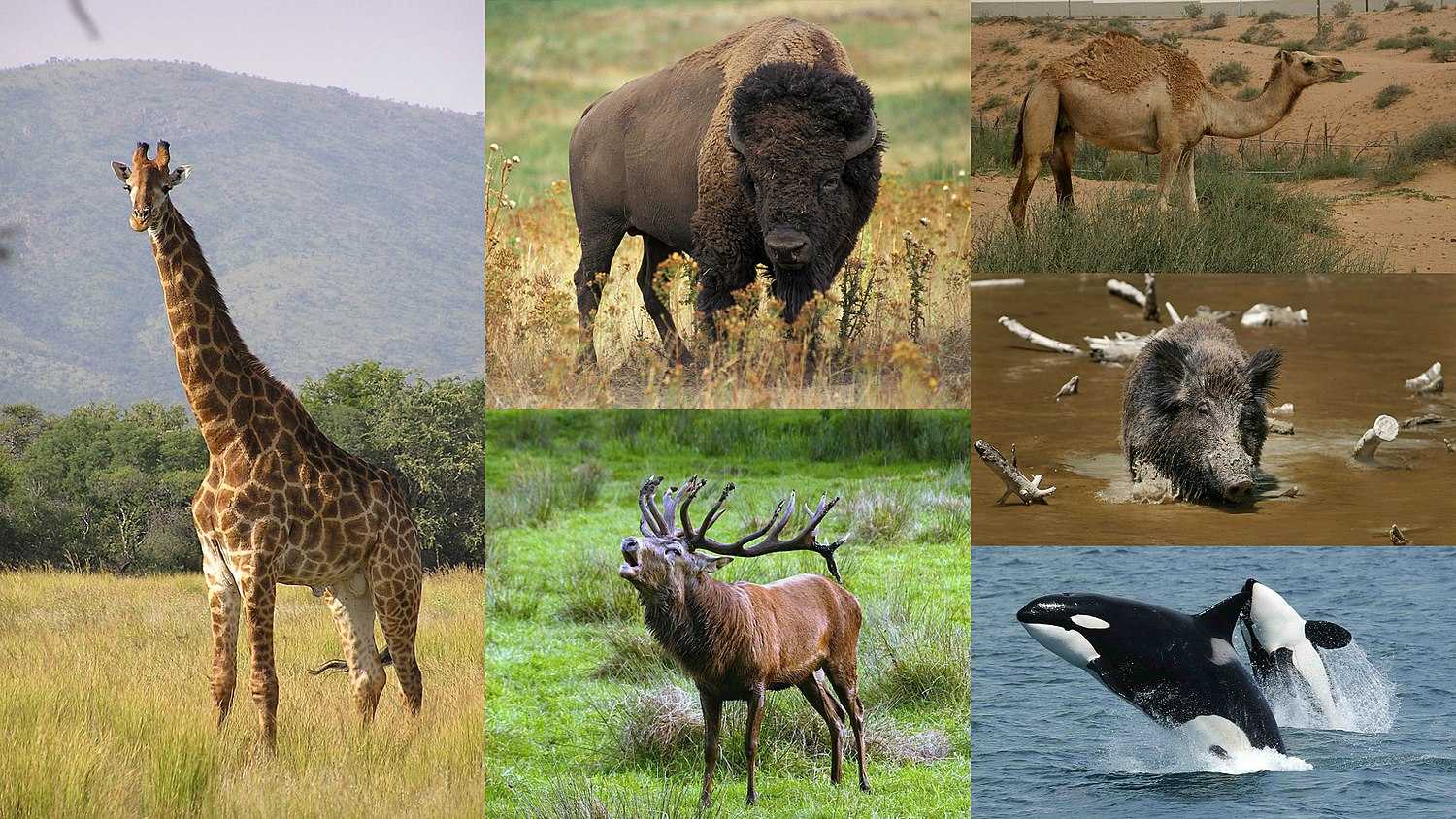 The even-toed ungulates (Artiodactyla /ˌɑːrtioʊˈdæktɪlə/, from Ancient Greek ἄρτιος, ártios 'even', and δάκτυλος, dáktylos 'finger, toe') are ungulates—hoofed animals—which bear weight equally on two (an even number) of their five toes: the third and fourth. The other three toes are either present, absent, vestigial, or pointing posteriorly. By contrast, odd-toed ungulates bear weight on an odd number of the five toes. Another difference between the two is that many other even-toed ungulates (with the exception of Suina) digest plant cellulose in one or more stomach chambers rather than in their intestine as the odd-toed ungulates do.

The advent of molecular biology, along with new fossil discoveries, found that Cetaceans (whales, dolphins, and porpoises) fall within this taxonomic branch, being most closely related to hippopotamuses. Some modern taxonomists thus apply the name Cetartiodactyla /sɪˌtɑːrtioʊˈdæktɪlə/ to this group, while others opt to include cetaceans within the existing name of Artiodactyla.

The roughly 270 land-based even-toed ungulate species include pigs, peccaries, hippopotamuses, antelopes, deer, giraffes, camels, llamas, alpacas, sheep, goats, and cattle. Many are herbivores, but suids are omnivorous, while cetaceans are almost exclusively carnivorous. Many of these are of great dietary, economic, and cultural importance to humans.