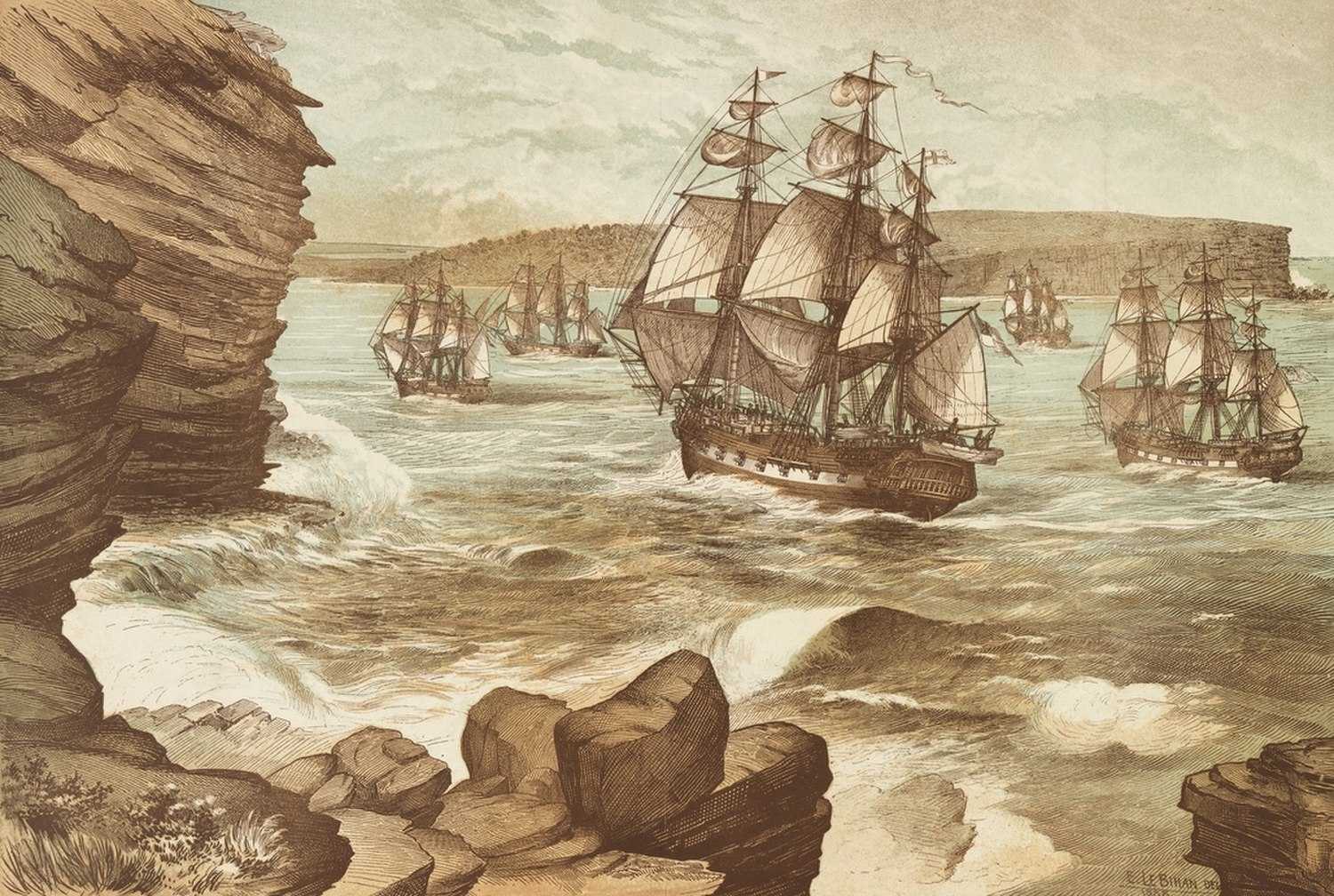 The First Fleet was a fleet of 11 ships that brought the first European and African settlers to Australia. It was made up of two Royal Navy vessels, three store ships and six convict transports. On 13 May 1787 the fleet under the command of Captain Arthur Phillip, with over 1400 people (convicts, marines, sailors, civil officers and free settlers), left from Portsmouth, England and took a journey of over 24,000 kilometres (15,000 mi) and over 250 days to eventually arrive in Botany Bay, New South Wales, where a penal colony would become the first European settlement in Australia.