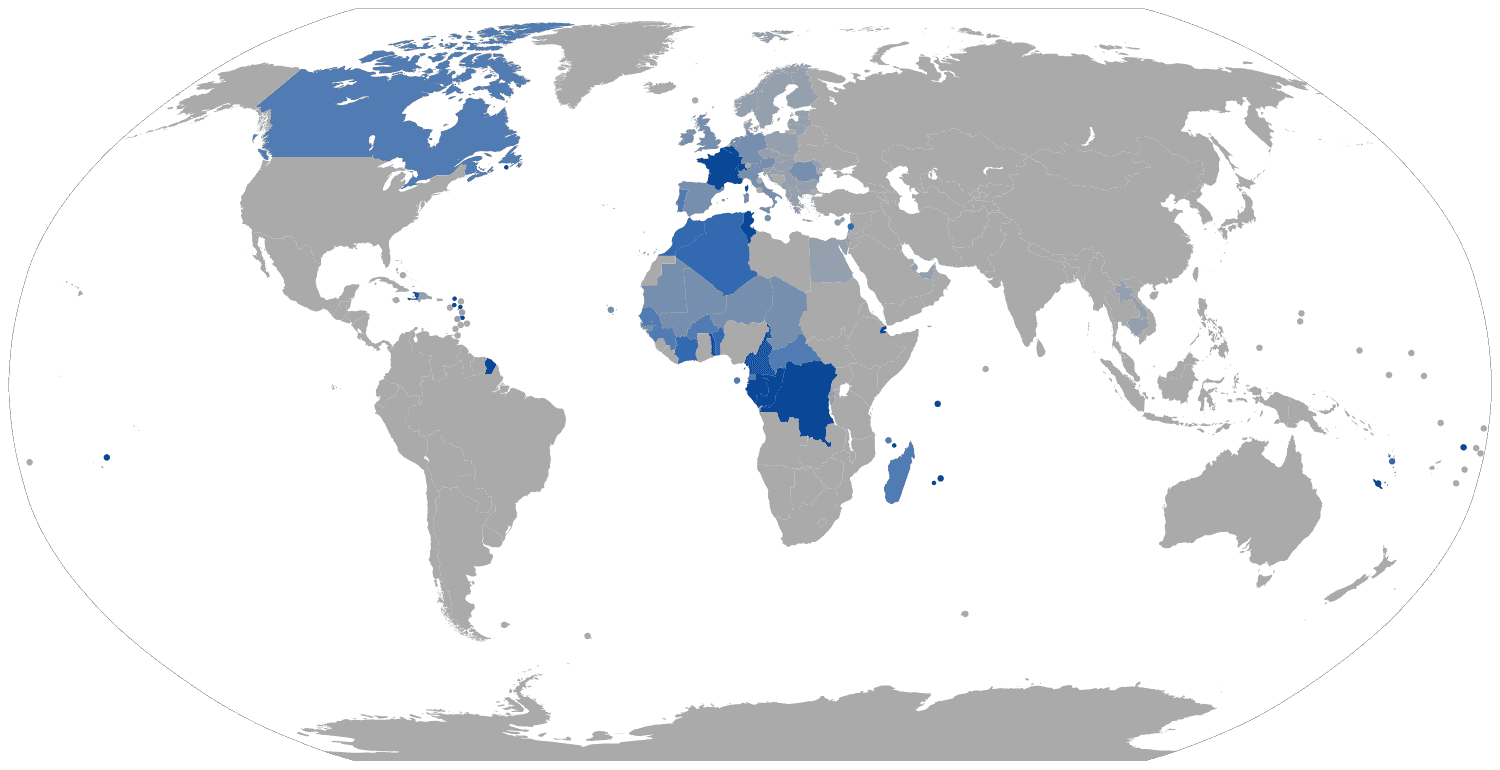 The Francophonie is the population that speak French. The term designates the ensemble of people, organisations and governments that share the use of French on a daily basis and as administrative language, teaching language or chosen language. The term was coined by Onésime Reclus in 1880 and became important as part of the conceptual rethinking of cultures and geography in the late 20th century.[1]