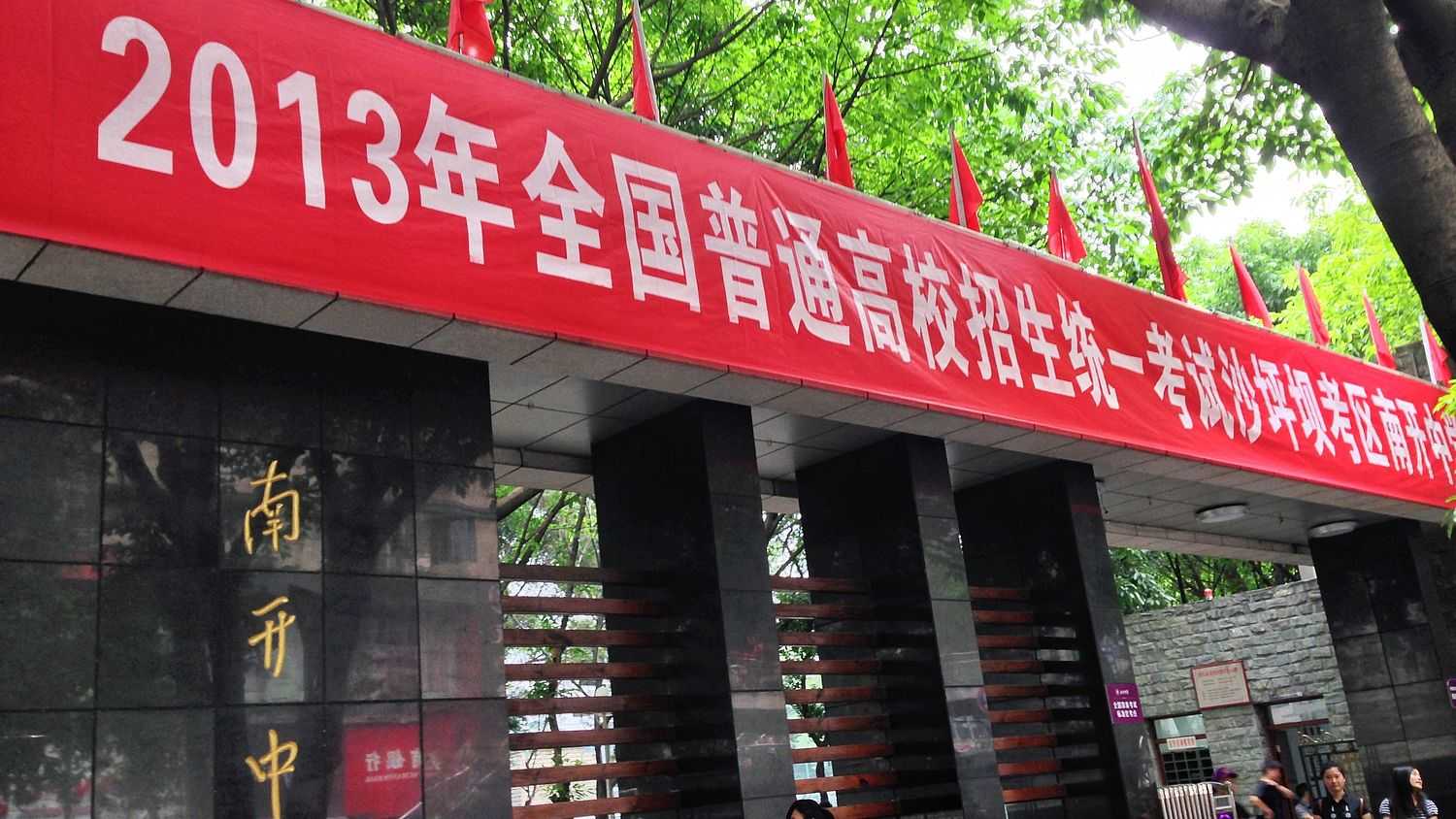 The National College Entrance Examination (NCEE), commonly known as the gaokao (高考; gāokǎo; 'Higher Education Exam'), is a standardized college entrance exam held annually in mainland China. It is required for entrance into almost all higher education institutions at the undergraduate level, including for short cycle (2 year) and long cycle (4 year) degree programs. It is usually taken by students in their third and last year of senior high school, but the age requirement was abolished in 2001.

The exams last about nine hours over a period of two or three days, depending on the province in which it is held. The Standard Chinese language and mathematics are included in all tests. Candidates can choose one subject from English, French, Japanese, Russian, German or Spanish for the foreign language portion of the test, with most students selecting English. In most regions, students must also choose between either the liberal-arts-oriented concentration (文科倾向) or the natural-science-oriented concentration (理科倾向). Students who choose the liberal arts receive further testing in history, political science, and geography (文科综合), while those who choose natural sciences are tested in physics, chemistry, and biology (理科综合).

The overall mark received by the student is generally a weighted sum of their subject marks. The maximum possible mark varies widely from year to year and from province to province.

Generally, the modern College Entrance Examination takes place from June 7 to 8 every year, though in some provinces it can last for an extra day.[1] On rare occasions, it has been delayed, most notably due to COVID-19.[2][3]