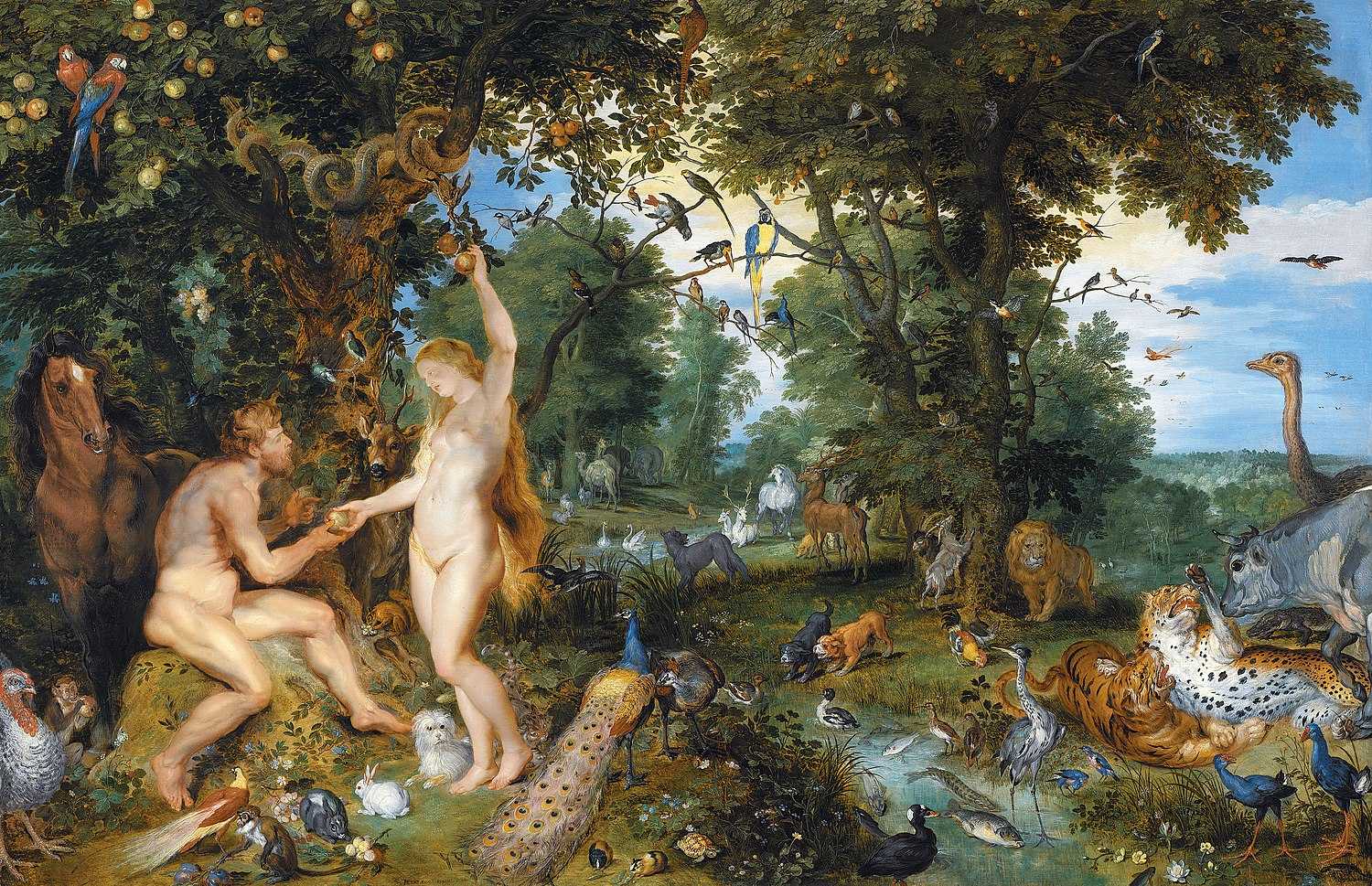 In Abrahamic religions, the Garden of Eden (Hebrew: גַּן־עֵדֶן, gan-ʿĒḏen) or Garden of God (גַּן־יְהֹוֶה, gan-YHWH and גַן־אֱלֹהִים gan-Elohim), also called the Terrestrial Paradise, is the biblical paradise described in Genesis 2-3 and Ezekiel 28 and 31.[1][2]

The location of Eden is described in the Book of Genesis as the source of four tributaries. Various suggestions have been made for its location:[3] at the head of the Persian Gulf, in southern Mesopotamia (now Iraq) where the Tigris and Euphrates rivers run into the sea;[4] and in Armenia.[5][6][7]

Like the Genesis flood narrative, the Genesis creation narrative and the account of the Tower of Babel, the story of Eden echoes the Mesopotamian myth of a king, as a primordial man, who is placed in a divine garden to guard the tree of life.[8] The Hebrew Bible depicts Adam and Eve as walking around the Garden of Eden naked due to their sinlessness.[9]

The name derives from the Akkadian edinnu, from a Sumerian word edin meaning "plain" or "steppe", closely related to an Aramaic root word meaning "fruitful, well-watered".[2] Another interpretation associates the name with a Hebrew word for "pleasure"; thus the Vulgate reads "paradisum voluptatis" in Genesis 2:8, and the Douay–Rheims Bible, following, has the wording "And the Lord God had planted a paradise of pleasure".[15]