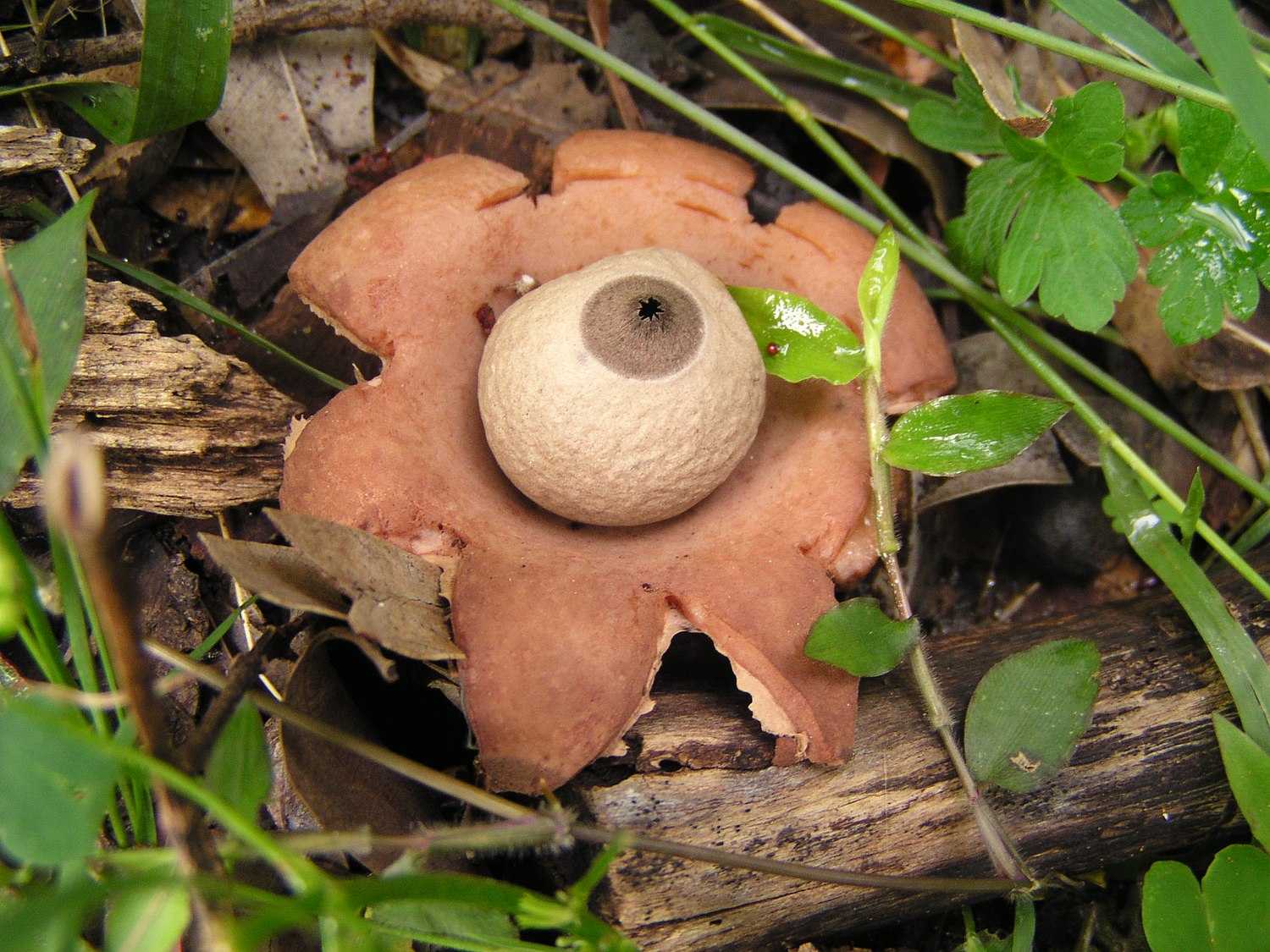 Geastrum saccatum, commonly known as the rounded earthstar,[1] is a species of mushroom belonging to the genus Geastrum. It has a worldwide distribution and is found growing on rotting wood. It is considered inedible by mushroomers because of its bitter taste. It is a common mushroom, but collections are at their peak during late summer. The opening of the outer layer of the fruiting body in the characteristic star shape is thought to be due to a buildup of calcium oxalate crystals immediately prior to dehiscence. G. saccatum is distinguished from other earthstars by the distinct circular ridge or depression surrounding the central pore. In Brazil, its common name translates to "star of the land".[2]