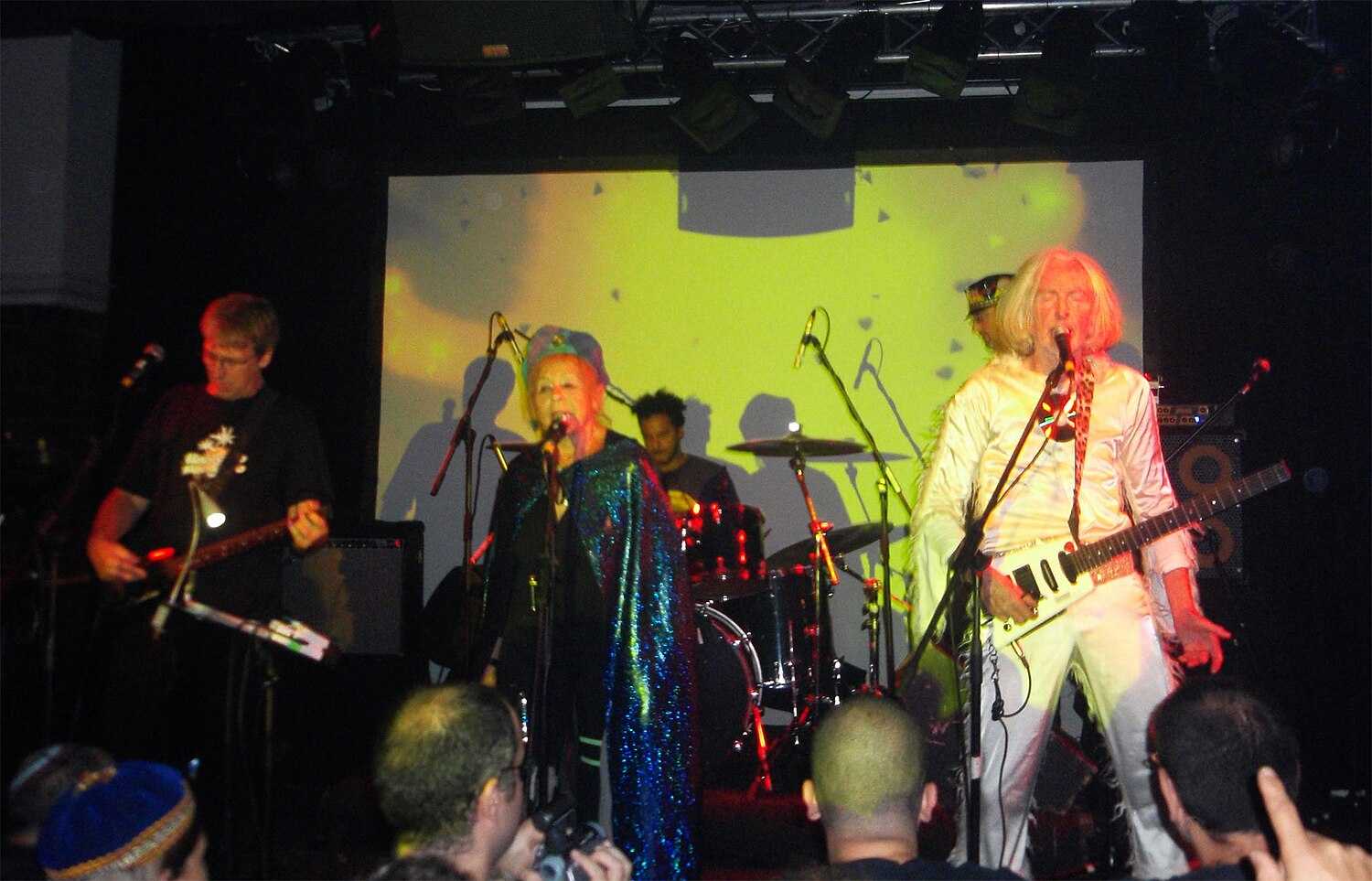 Gong's 1970 debut album, Magick Brother, featured a psychedelic pop sound.[5] By the following year, the second album, Camembert Electrique, featured the more psychedelic rock/space rock sound with which they would be most associated.[2] Between 1973 and 1974, Gong released their best known work, the allegorical Radio Gnome Invisible trilogy, describing the adventures of Zero the Hero, the Good Witch Yoni and the Pot Head Pixies from the Planet Gong.

In 1975, Allen and Smyth left the band, which continued without them, releasing a series of jazz rock albums under the leadership of drummer Pierre Moerlen. This incarnation soon became known as Pierre Moerlen's Gong. Meanwhile, Smyth formed Mother Gong while Allen initiated a series of spin-off groups, including Planet Gong, New York Gong and Gongmaison, before returning to lead Gong once again in 1990 until his death in 2015. With Allen's encouragement, the band decided to continue, releasing the album Rejoice! I'm Dead! in September 2016[6] and The Universe Also Collapses in 2019.