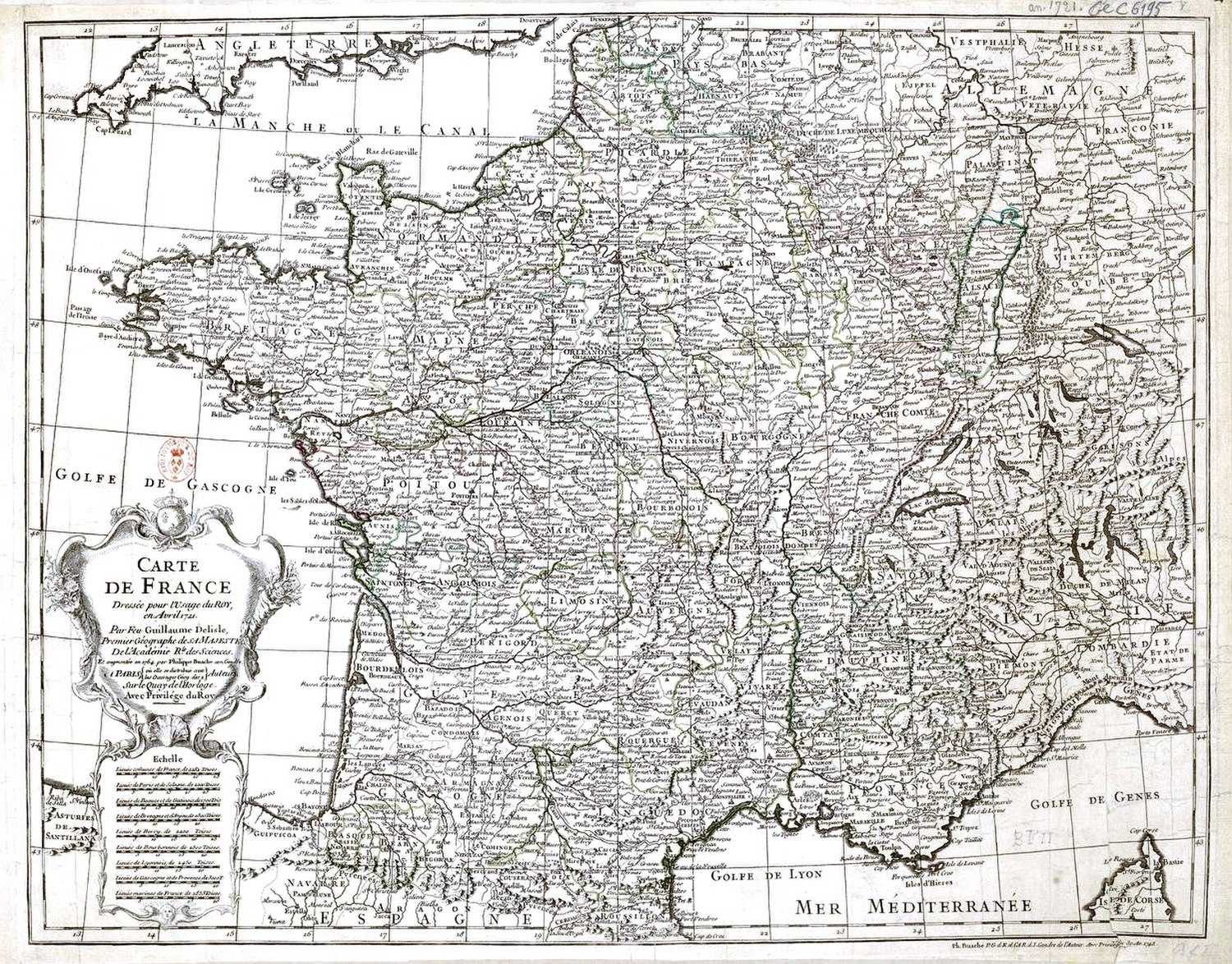 The first written records for the history of France appeared in the Iron Age. What is now France made up the bulk of the region known to the Romans as Gaul. Greek writers noted the presence of three main ethno-linguistic groups in the area: the Gauls, the Aquitani, and the Belgae. The Gauls, the largest and best attested group, were Celtic people speaking what is known as the Gaulish language.

Over the course of the first millennium BC the Greeks, Romans and Carthaginians established colonies on the Mediterranean coast and the offshore islands. The Roman Republic annexed southern Gaul as the province of Gallia Narbonensis in the late 2nd century BC, and Roman Legions under Julius Caesar conquered the rest of Gaul in the Gallic Wars of 58–51 BC. Afterwards a Gallo-Roman culture emerged and Gaul was increasingly integrated into the Roman Empire.

In the later stages of the Roman Empire, Gaul was subject to barbarian raids and migration, most importantly by the Germanic Franks. The Frankish king Clovis I united most of Gaul under his rule in the late 5th century, setting the stage for Frankish dominance in the region for hundreds of years. Frankish power reached its fullest extent under Charlemagne. The medieval Kingdom of France emerged from the western part of Charlemagne's Carolingian Empire, known as West Francia, and achieved increasing prominence under the rule of the House of Capet, founded by Hugh Capet in 987.

A succession crisis following the death of the last direct Capetian monarch in 1328 led to the series of conflicts known as the Hundred Years' War between the House of Valois and the House of Plantagenet. The war formally began in 1337 following Philip VI's attempt to seize the Duchy of Aquitaine from its hereditary holder, Edward III of England, the Plantagenet claimant to the French throne. Despite early Plantagenet victories, including the capture and ransom of John II of France, fortunes turned in favor of the Valois later in the war. Among the notable figures of the war was Joan of Arc, a French peasant girl who led French forces against the English, establishing herself as a national heroine. The war ended with a Valois victory in 1453.

Victory in the Hundred Years' War had the effect of strengthening French nationalism and vastly increasing the power and reach of the French monarchy. During the Ancien Régime period over the next centuries, France transformed into a centralized absolute monarchy through Renaissance and the Protestant Reformation. At the height of the French Wars of Religion, France became embroiled in another succession crisis, as the last Valois king, Henry III, fought against rival factions the House of Bourbon and the House of Guise. Henry, the Bourbon King of Navarre, won the conflict and established the Bourbon dynasty. A burgeoning worldwide colonial empire was established in the 16th century. The French monarchy's political power reached a zenith under the rule of Louis XIV, "The Sun King".

In the late 18th century the monarchy and associated institutions were overthrown in the French Revolution. The country was governed for a period as a Republic, until Napoleon Bonaparte's French Empire was declared. Following his defeat in the Napoleonic Wars, France went through several further regime changes, being ruled as a monarchy, then briefly as a Second Republic, and then as a Second Empire, until a more lasting French Third Republic was established in 1870.

France was one of the Triple Entente powers in World War I against Germany and the Central Powers. France was one of the Allied Powers in World War II, but was conquered by Nazi Germany in 1940. The Third Republic was dismantled, and most of the country was controlled directly by Germany while the south was controlled until 1942 by the collaborationist Vichy government. Living conditions were harsh as Germany drained away food and manpower, and many Jews were killed. The Free France movement took over the colonial empire, and coordinated the wartime Resistance. Following liberation in 1944, the Fourth Republic was established. France slowly recovered, and enjoyed a baby boom that reversed its very low fertility rate. Long wars in Indochina and Algeria drained French resources and ended in political defeat. In the wake of the 1958 Algerian Crisis, Charles de Gaulle set up the French Fifth Republic. Into the 1960s decolonization saw most of the French colonial empire become independent, while smaller parts were incorporated into the French state as overseas departments and collectivities. Since World War II France has been a permanent member in the UN Security Council and NATO. It played a central role in the unification process after 1945 that led to the European Union. Despite slow economic growth in recent years, it remains a strong economic, cultural, military and political factor in the 21st century.