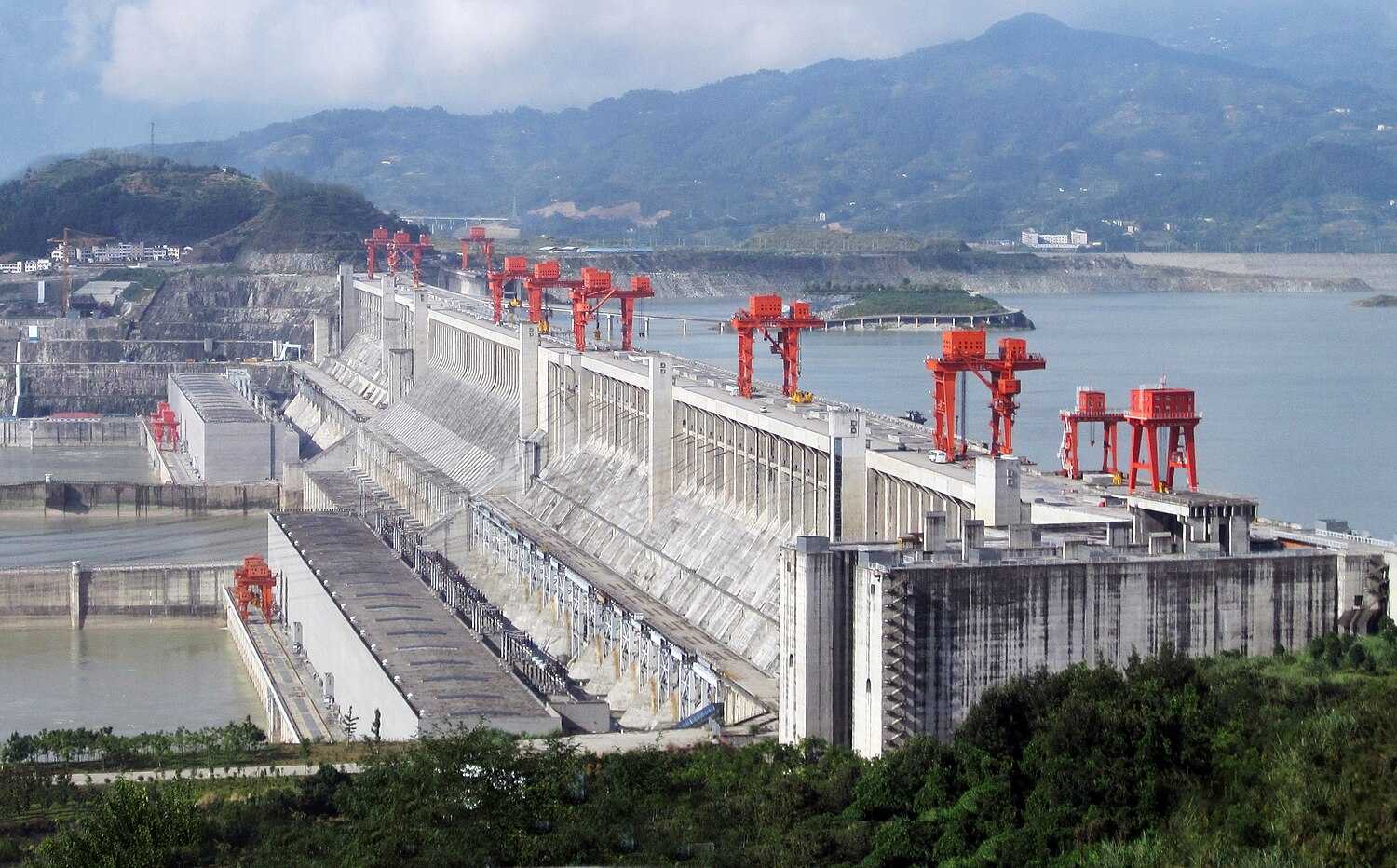 Hydroelectricity, or hydroelectric power, is electricity generated from hydropower (water power). Hydropower supplies one sixth of the world's electricity, almost 4500 TWh in 2020, which is more than all other renewable sources combined and also more than nuclear power.[3] Hydropower can provide large amounts of low-carbon electricity on demand, making it a key element for creating secure and clean electricity supply systems.[3] A hydroelectric power station that has a dam and reservoir is a flexible source, since the amount of electricity produced can be increased or decreased in seconds or minutes in response to varying electricity demand. Once a hydroelectric complex is constructed, it produces no direct waste, and almost always emits considerably less greenhouse gas than fossil fuel-powered energy plants.[4] However, when constructed in lowland rainforest areas, where part of the forest is inundated, substantial amounts of greenhouse gases may be emitted.

Construction of a hydroelectric complex can have significant environmental impact, principally in loss of arable land and population displacement. They also disrupt the natural ecology of the river involved, affecting habitats and ecosystems, and siltation and erosion patterns. While dams can ameliorate the risks of flooding, dam failure can be catastrophic.

In 2021, global installed hydropower electrical capacity reached almost 1400 GW, the highest among all renewable energy technologies.[5] Hydroelectricity plays a leading role in countries like Brazil, Norway and China.[6] but there are geographical limits and environmental issues.[7] Tidal power can be used in coastal regions.