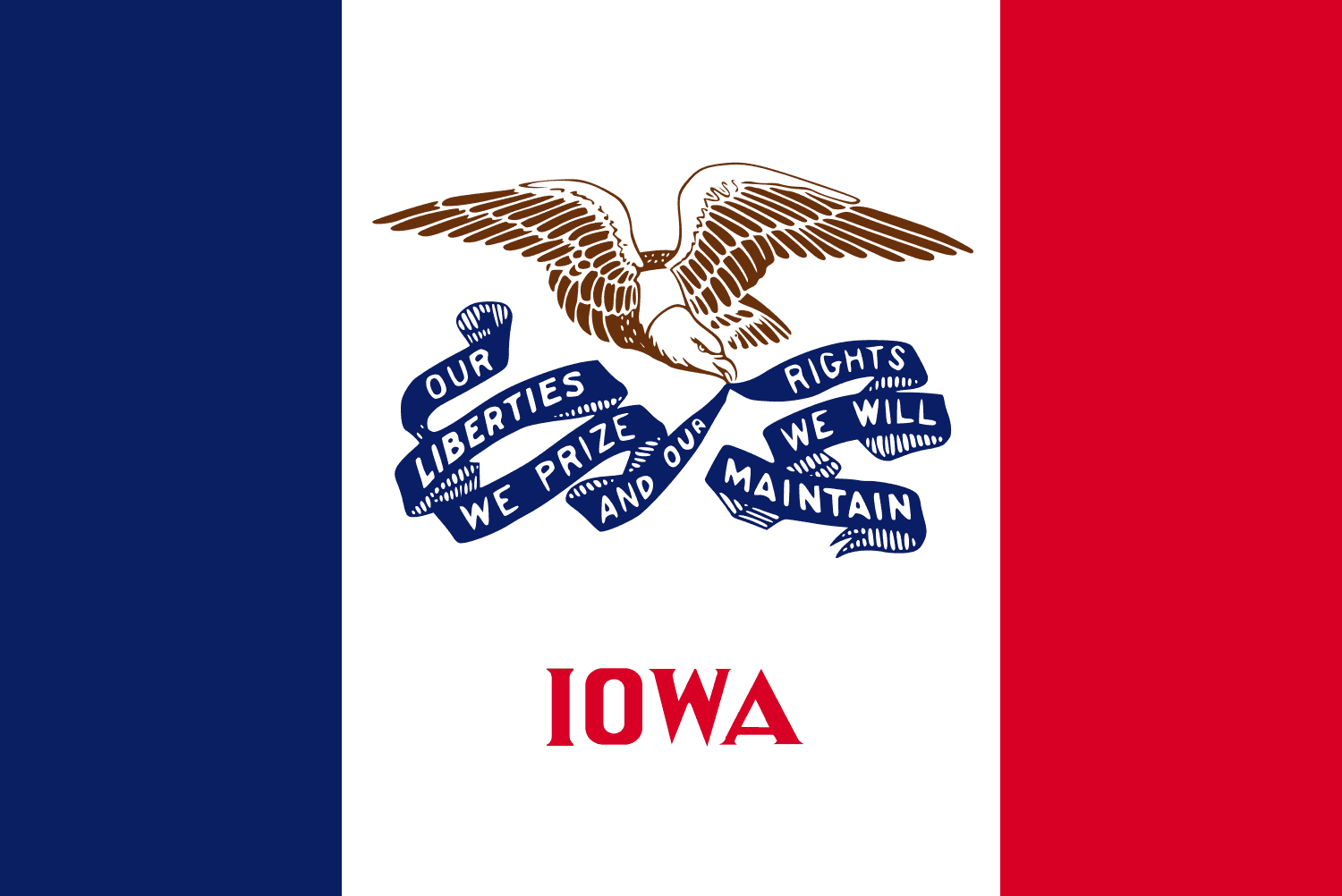 During the 18th and early 19th centuries, Iowa was a part of French Louisiana and Spanish Louisiana; its state flag is patterned after the flag of France. After the Louisiana Purchase, people laid the foundation for an agriculture-based economy in the heart of the Corn Belt.[9] In the latter half of the 20th century, Iowa's agricultural economy transitioned to a diversified economy of advanced manufacturing, processing, financial services, information technology, biotechnology, and green energy production.[10][11]

Iowa is the 26th most extensive in total area and the 31st most populous of the 50 U.S. states, with a population of 3,190,369,[12] according to the 2020 census. The state's capital, most populous city, and largest metropolitan area fully located within the state is Des Moines. A portion of the larger Omaha, Nebraska, metropolitan area extends into three counties of southwest Iowa.[13] Iowa has been listed as one of the safest U.S. states to live in.[14]