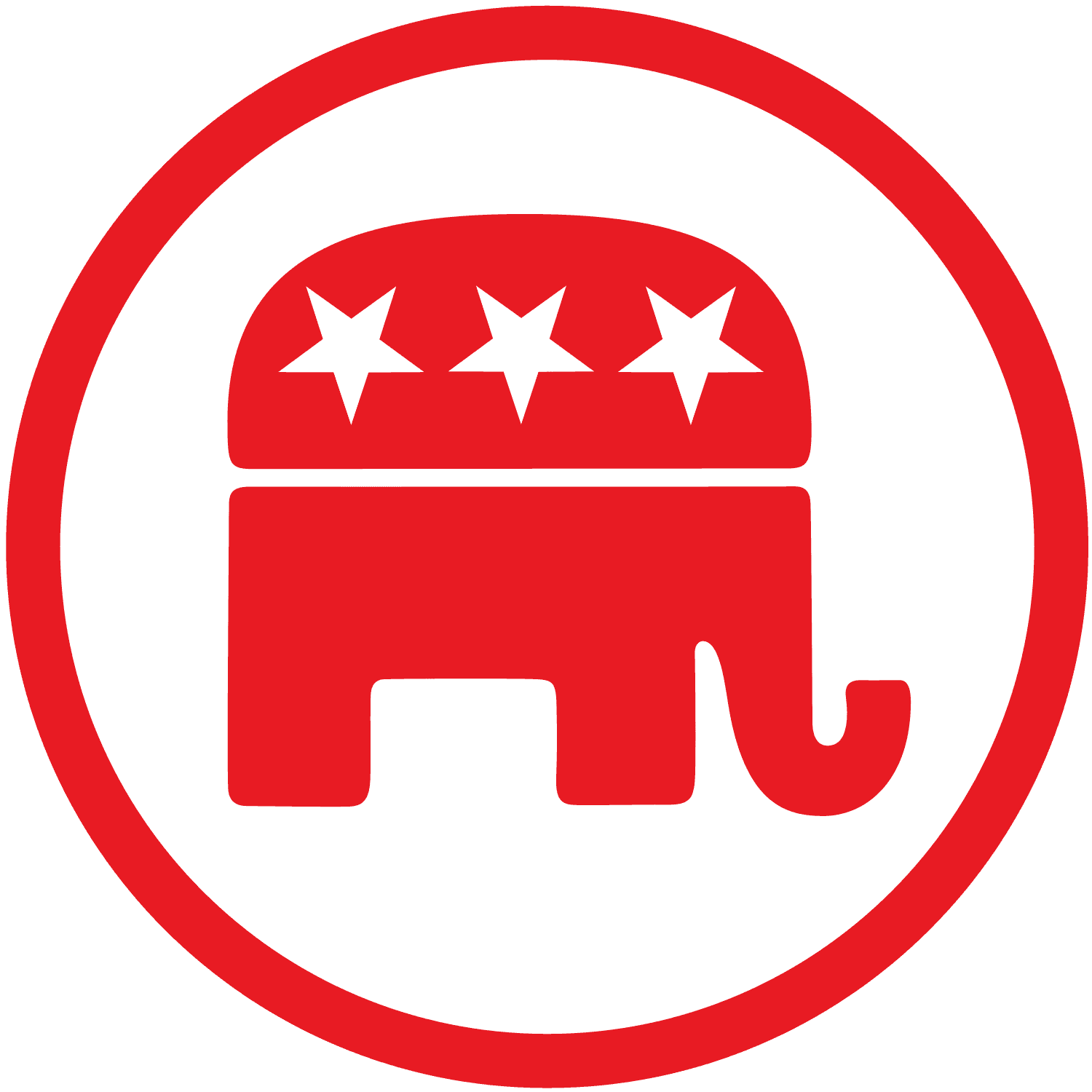 The Republican Party, also referred to as the GOP ("Grand Old Party"), is one of the two major contemporary political parties in the United States. The GOP was founded in 1854 by anti-slavery activists who opposed the Kansas–Nebraska Act, which allowed for the potential expansion of chattel slavery into the western territories.[12] Since Ronald Reagan's presidency in the 1980s, conservatism has been the dominant ideology of the GOP.[4] It has been the main political rival of the Democratic Party since the mid-1850s. The Republican Party's historical predecessor is considered to be Northern members of the Whig Party, with Republican presidents Abraham Lincoln, Rutherford B. Hayes, Chester A. Arthur, and Benjamin Harrison all being Whigs before switching to the party, from which they were elected.[13] The collapse of the Whigs, which had previously been one of the two major parties in the country, strengthened the party's electoral success.

Upon its founding, it supported classical liberalism and economic reform while opposing the expansion of slavery.[14][15] The Republican Party initially consisted of Northern Protestants, factory workers, professionals, businessmen, prosperous farmers, and from 1866, former black slaves. It had almost no presence in the Southern United States at its inception, but was very successful in the Northern United States where, by 1858, it had enlisted former Whigs and former Free Soil Democrats to form majorities in nearly every state in New England. While both parties adopted pro-business policies in the 19th century, the early GOP was distinguished by its support for the national banking system, the gold standard, railroads, and high tariffs. It did not openly oppose slavery in the Southern states before the start of the American Civil War—stating that it only opposed the spread of slavery into the territories or into the Northern states—but was widely seen as sympathetic to the abolitionist cause. Seeing a future threat to the practice with the election of Abraham Lincoln, the first Republican president, many states in the South declared secession and joined the Confederacy. Under the leadership of Lincoln and a Republican Congress, it led the fight to destroy the Confederacy during the American Civil War, preserving the Union and abolishing slavery. The aftermath saw the party largely dominate the national political scene until 1932.

In 1912, former Republican president Theodore Roosevelt formed the Progressive ("Bull Moose") Party after being rejected by the GOP and ran unsuccessfully as a third-party presidential candidate, feeling that William Howard Taft had betrayed the values of the Republican Party and calling for social reforms similar to those he had enacted during his presidency. After 1912, many Roosevelt supporters left the Republican Party, and the Party underwent an ideological shift to the right, beginning its 20th-century trend towards conservatism. The GOP lost its congressional majorities during the Great Depression (1929–1940) when the Democrats' New Deal programs proved popular. Dwight D. Eisenhower presided over a period of economic prosperity after the war. Following the Great Society era of progressive legislation under Lyndon B. Johnson, the Southern states became increasingly Republican and the Northeastern states became increasingly Democratic.[16] After the Supreme Court's 1973 decision in Roe v. Wade, the Republican Party opposed abortion in its party platform and grew its support among evangelicals.[17] Richard Nixon carried 49 states in 1972 with his silent majority, even as the Watergate scandal dogged his campaign leading to his resignation. After Gerald Ford pardoned Nixon, he lost reelection and the Republicans would not regain power and realign the political landscape once more until 1980 with the election of Reagan, who brought together advocates of free-market economics, social conservatives, and Soviet Union hawks in a "three leg school".[18]

The party's ideology of American conservatism favors free markets and pro-business policies. It favors increased military spending, gun rights, and restrictions on abortion. It has taken widely variant positions on trade, immigration, and foreign policy throughout its history.[4][19][20] The Republican party wins white voters, particularly among those who have lower incomes, are without higher education, are men, or are evangelical Christian. It performs well among married couples and individuals living in rural areas. While losing among most racial and sexual minorities, it receives support from most Cuban and Vietnamese voters.[21][22][23][24][25] The party has gained significant support among members of the white working class and lost support among affluent and college-educated white people since the 1980s.[26][27][28][29][30][31] Since 2012, it has gained support among working class minorities, particularly Hispanic and Latino Americans.[27][32][33]

The Republican Party is a member of the International Democrat Union, an international alliance of centre-right political parties.[34][35] It has several prominent political wings, including a student wing, the College Republicans; a women's wing, the National Federation of Republican Women, and a LGBT wing; the Republican Pride Coalition. As of 2023, the GOP holds a majority in the U.S. House of Representatives, 26 state governorships, 28 state legislatures, and 22 state government trifectas. Six of the nine sitting U.S. Supreme Court justices were appointed by Republican presidents. Its most recent presidential nominee was Donald Trump, who was the 45th U.S. president from 2017 to 2021. There have been 19 Republican presidents, the most from any one political party.