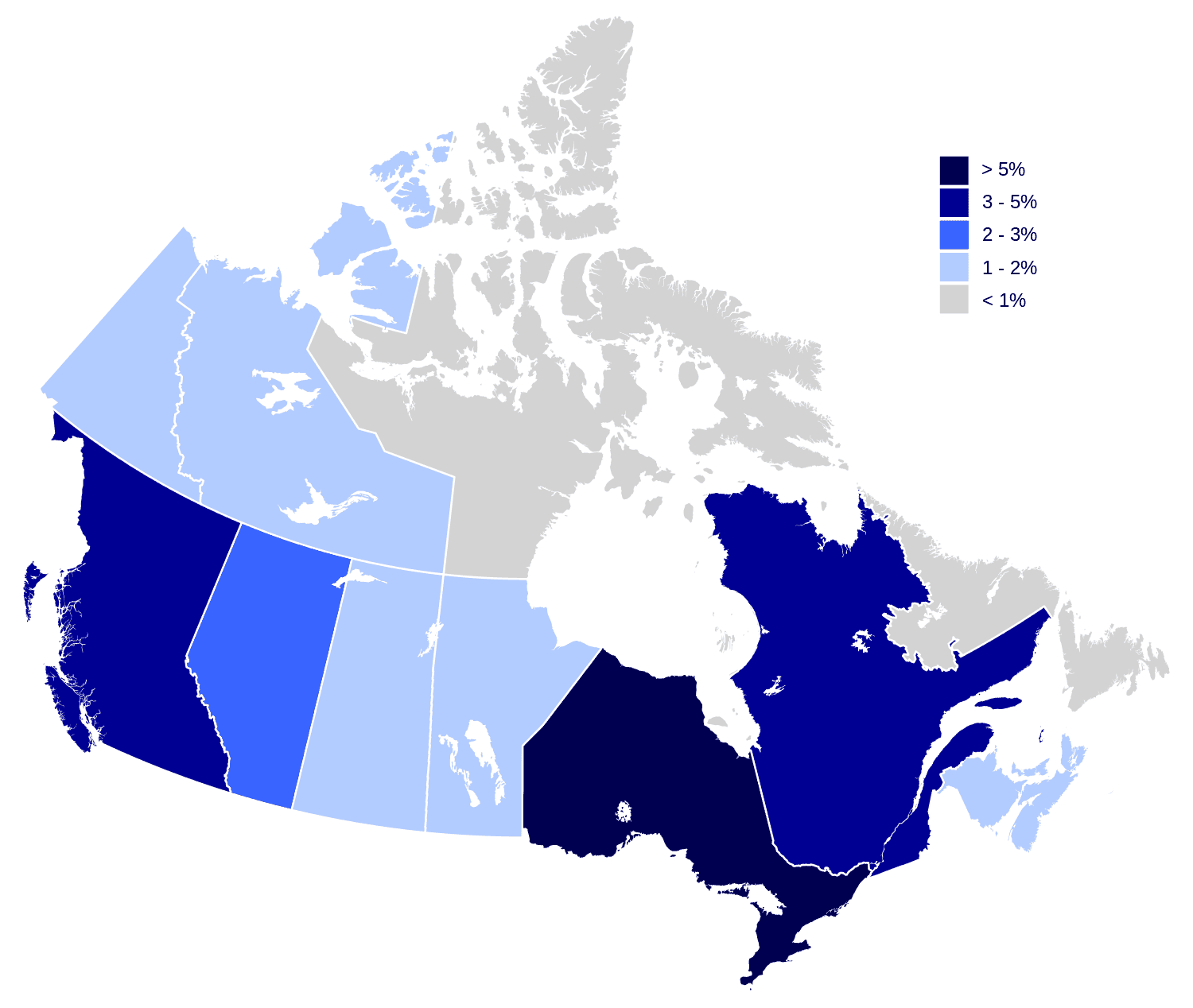 Italian Canadians (Italian: italo-canadesi, French: italo-canadiens) comprise Canadians who have full or partial Italian heritage and Italians who migrated from Italy or reside in Canada. According to the 2021 Census of Canada, 1,546,390 Canadians (4.3% of the total population) claimed full or partial Italian ancestry.[1] They comprise a subgroup of Southern European Canadians which is a further subgroup of European Canadians. The census enumerates the entire Canadian population, which consists of Canadian citizens (by birth and by naturalization), landed immigrants and non-permanent residents and their families living with them in Canada.[2] Residing mainly in central urban industrial metropolitan areas, Italian Canadians are the seventh largest self-identified ethnic group in Canada behind French, English, Irish, Scottish, German and Chinese Canadians.

A second wave of immigration occurred after the World War II, and between the early 1950s and the mid-1960s, approximately 20,000 to 30,000 Italians immigrated to Canada each year, many of the men working in the construction industry upon settling. Pier 21 in Halifax, Nova Scotia was an influential port of Italian immigration between 1928 until it ceased operations in 1971, where 471,940 individuals came to Canada from Italy, making them the third largest ethnic group to immigrate to Canada during that time period. In the late 1960s, the Italian economy experienced a period of growth and recovery, removing one of the primary incentives for emigration. The importance of the family unit of Italian Canadians has provided a central role in the adaptation of newer socioeconomic realities. In 2010, the Government of Ontario proclaimed the month of June as Italian Heritage Month, and in 2017, the Government of Canada also declared the month of June as Italian Heritage Month across Canada.