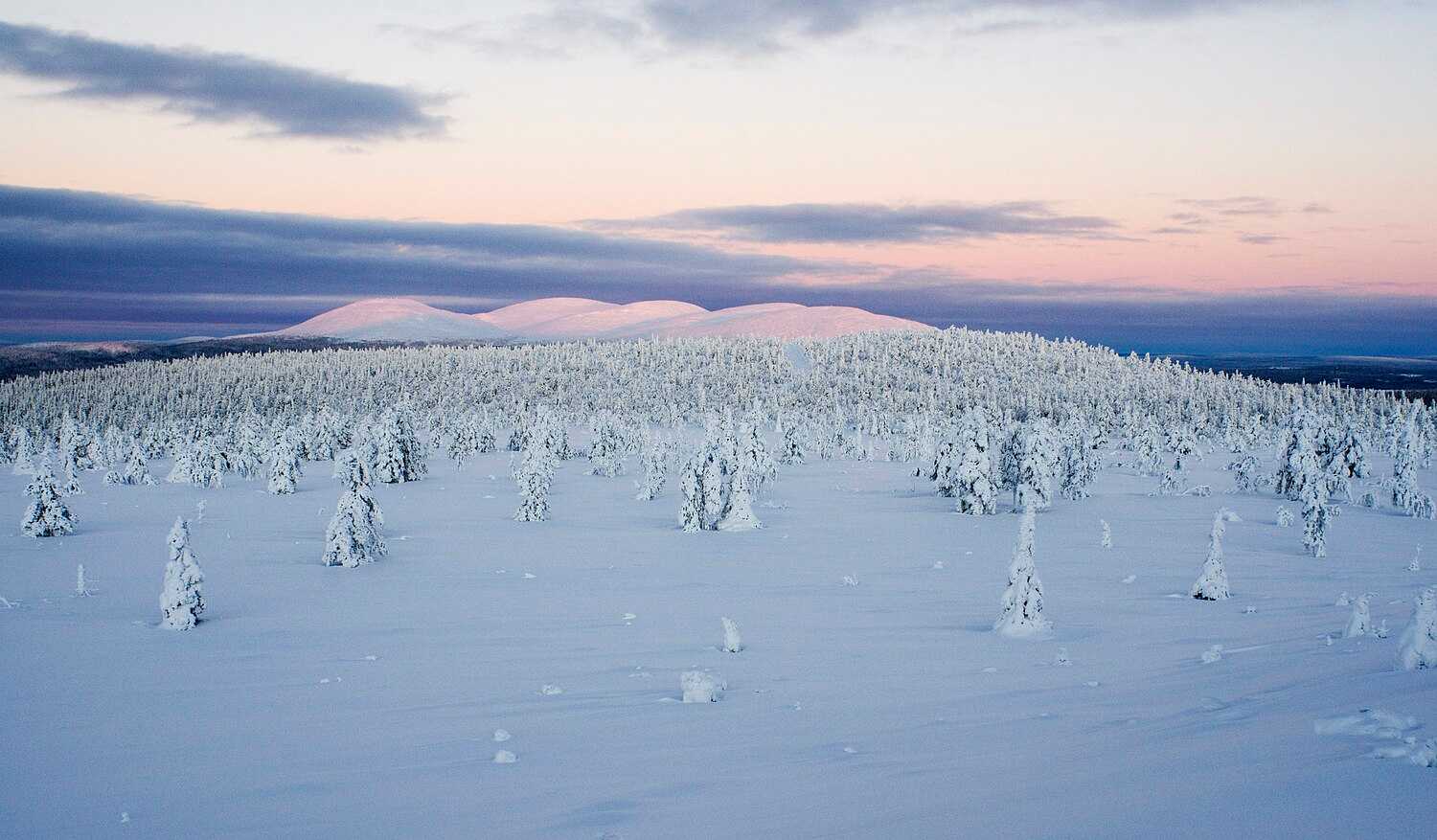 Lapland (Finnish: Lappi [ˈlɑpːi]; Northern Sami: Lappi; Inari Sami: Lappi; Swedish: Lappland; Latin: Lapponia) is the largest and northernmost region of Finland. The 21 municipalities in the region cooperate in a Regional Council. Lapland borders the region of North Ostrobothnia in the south. It also borders the Gulf of Bothnia, Norrbotten County in Sweden, Troms and Finnmark County in Norway, and Murmansk Oblast and the Republic of Karelia in Russia. Topography varies from vast mires and forests of the South to fells in the North. The Arctic Circle crosses Lapland, so polar phenomena such as the midnight sun and polar night can be viewed in Lapland.[1][2]

Region of Finland
Region in Finland

Lapland's cold and wintry climate, coupled with its relative abundance of conifer trees such as pines and spruces, means that it has become associated with Christmas in some countries, most notably the United Kingdom, and holidays to Lapland are common towards the end of the year. However, the Lapland region has developed its infrastructure for year-round tourism. For example, the 2019 snow-free period tourism grew more than the winter season.[3] Rovaniemi is the main regional center of Lapland, and the Rovaniemi Airport is the third busiest airport in Finland.[4] Besides tourism, other important sectors are trade, manufacturing and construction.[5][6] Like Rovaniemi, Inari is also one of the most important tourist destinations in Lapland for foreign tourism.[7][8]

Lapland has been connected with the legendary "North Pole" home of Santa Claus (Father Christmas or Saint Nicholas) since 1927, when Finnish radio host Markus Rautio said that Santa Claus lived on Korvatunturi, a fell (mountain) in the region. Later, Rovaniemi staked a claim as Santa's "official hometown" and developed the Santa Claus Village attraction to encourage tourism.[9]