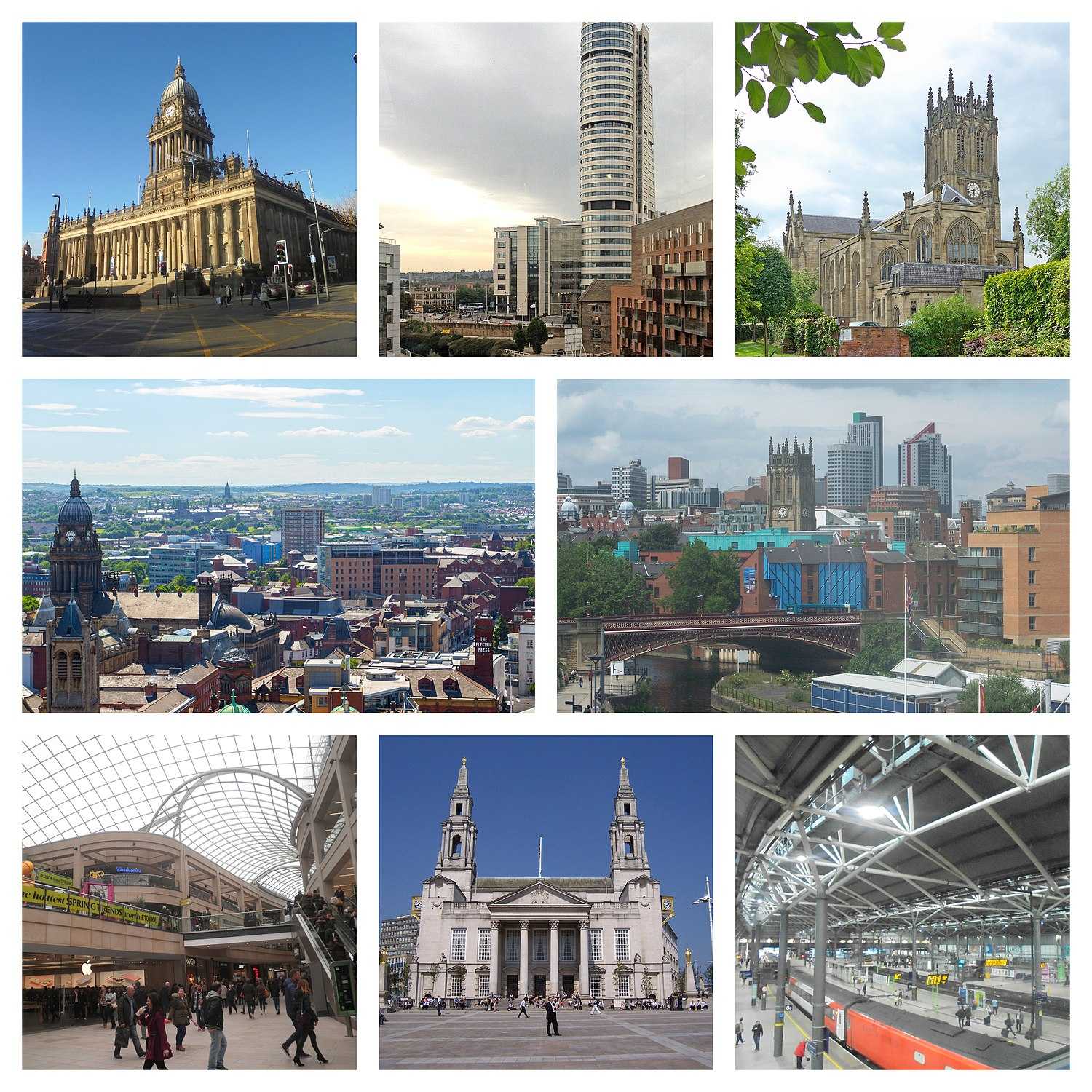 Leeds (/liːdz/) is a city and the administrative centre of the City of Leeds district in West Yorkshire, England. It is built around the River Aire and is in the eastern foothills of the Pennines.

The city was a small manorial borough in the 13th century and a market town in the 16th century. It expanded by becoming a major production centre, including of carbonated water where it was invented in the 1760s, and trading centre (mainly with wool) for the 17th and 18th centuries.[1] It was a major mill town during the Industrial Revolution. It was also known for its flax industry, iron foundries, engineering and printing, as well as shopping, with several surviving Victorian era arcades, such as Kirkgate Market.[2][3] City status was awarded in 1893, and a populous urban centre formed in the following century which absorbed surrounding villages and overtook the population of nearby York.[2][4]

Leeds is about halfway between London and Edinburgh and has multiple motorway links; the M1, M62 and A1(M).[5] The city's railway station is, alongside Manchester Piccadilly, the busiest of its kind in Northern England.[6] It is the county's largest settlement with a population of 516,298, while the larger City of Leeds district has a population of 812,000 (2021 estimate).[7][8] The city is part of the West Yorkshire Built-up Area, which, with a population of 1.7 million, is the fourth-largest built-up area by population in the United Kingdom.[9]

The district has multiple parished and unparished areas. The city and towns (including Morley, Pudsey, Horsforth, Rothwell and Farsley) around the city form a cross-district (Calderdale, City of Bradford, City of Wakefield and Kirklees) continuous built-up area that the metropolitan county is based on.