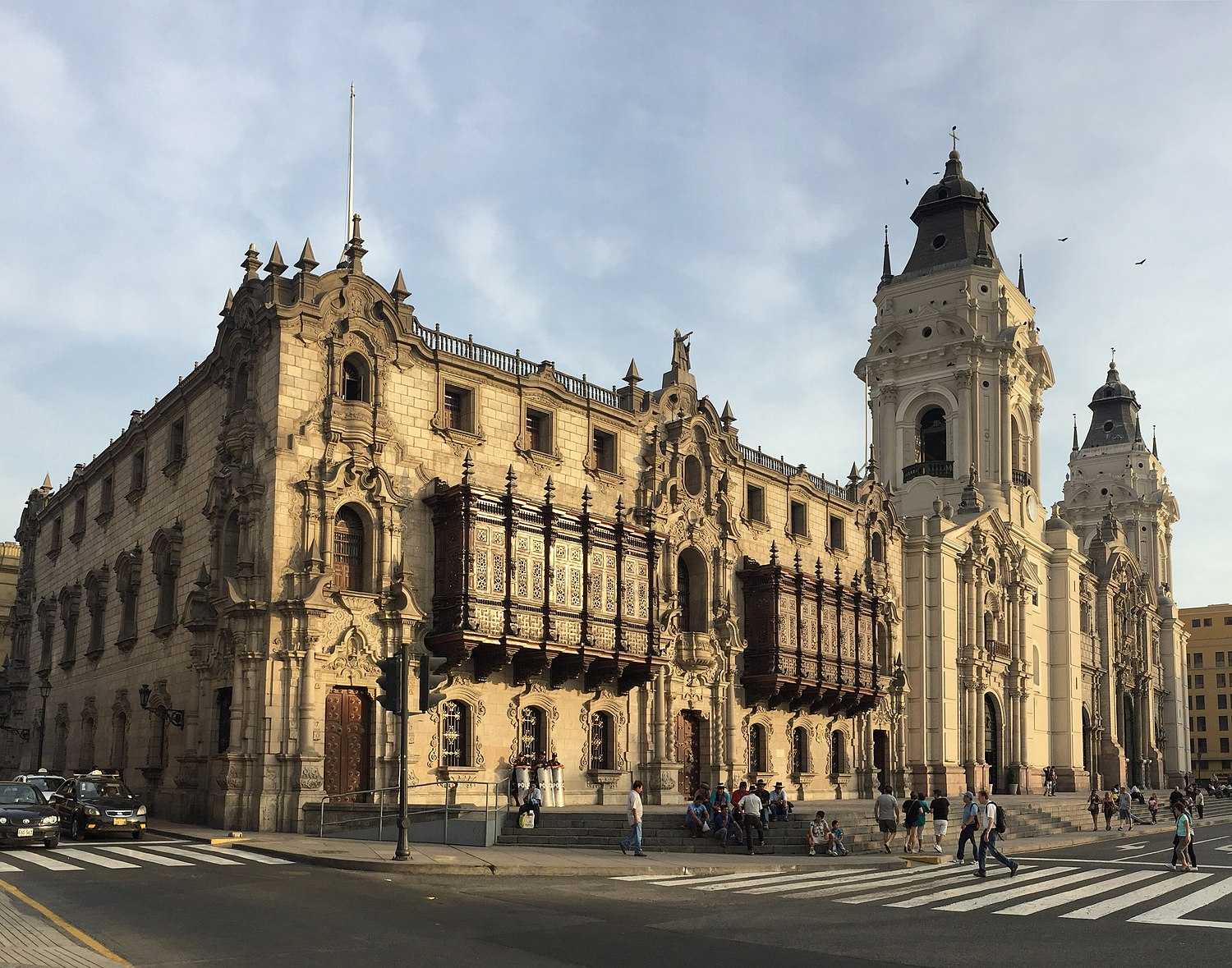 Lima (/ˈliːmə/ LEE-mə; Spanish pronunciation: [ˈlima]), originally founded as Ciudad de Los Reyes (City of The Kings) is the capital and the largest city of Peru. It is located in the valleys of the Chillón, Rímac and Lurín Rivers, in the desert zone of the central coastal part of the country, overlooking the Pacific Ocean. Together with the seaside city of Callao, it forms a contiguous urban area known as the Lima Metropolitan Area. With a population of more than 9.7 million in its urban area and more than 10.7 million in its metropolitan area,[5] Lima is one of the largest cities in the Americas.

Lima was named by natives in the agricultural region known by native Peruvians as Limaq. It became the capital and most important city in the Viceroyalty of Peru. Following the Peruvian War of Independence, it became the capital of the Republic of Peru (República del Perú). Around one-third of the national population now lives in its metropolitan area.

The city of Lima is considered to be the political, cultural, financial and commercial center of Peru. Lima is home to one of the oldest institutions of higher learning: the National University of San Marcos, founded on 12 May 1551, is the first officially established and the oldest continuously functioning university in the New World. Lima is also one of the thirty most populated urban agglomerations in the world. Due to its geostrategic importance, the Globalization and World Cities Research Network has categorized it as a "beta" tier city. Jurisdictionally, the metropolis extends mainly within the province of Lima and in a smaller portion, to the west, within the Constitutional Province of Callao, where the seaport and the Jorge Chávez Airport are located. Both provinces have regional autonomy since 2002.

In October 2013, Lima was chosen to host the 2019 Pan American Games; these games were held at venues in and around Lima, and were the largest sporting event ever hosted by the country. It also hosted the APEC Meetings of 2008 and 2016, the Annual Meetings of the International Monetary Fund and the World Bank Group in October 2015, the United Nations Climate Change Conference in December 2014, and the Miss Universe 1982 contest.