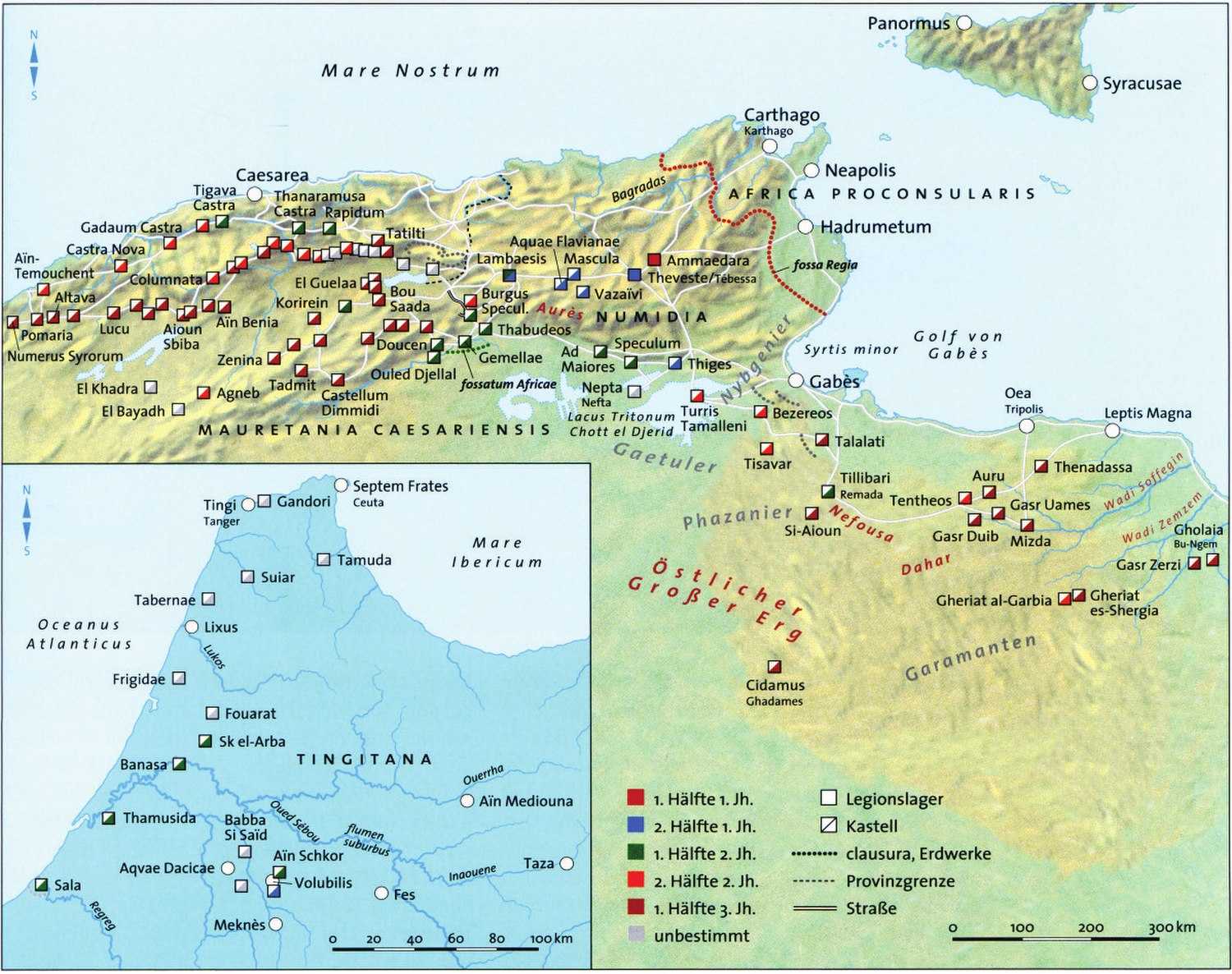 The Limes Mauretaniae was a portion of a 4,000-kilometre (2,500 mi) Roman fortified border (limes) in Africa approximately 100 kilometres (62 mi) south of the modern day Algiers.[1]

Stretching between Auzia (Sour El-Ghozlane, Algeria) and Numerus Syrorum (Maghnia, Algeria), it was a portion of the North African border fortification and security line of the Roman Empire which reached from the Atlantic coast to the Limes Tripolitanus in Tunisia.[2]