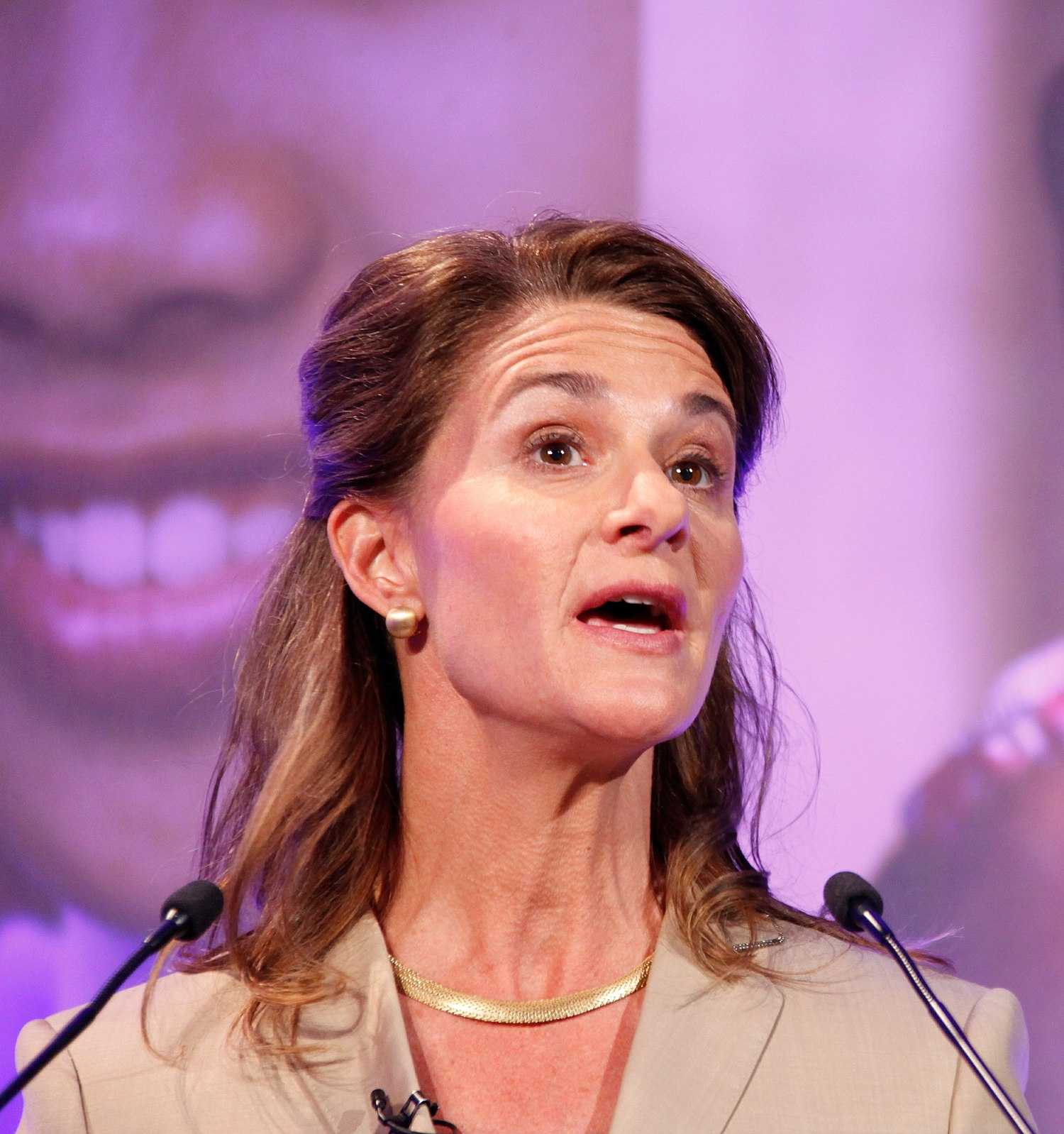 Melinda French Gates[2] (born Melinda Ann French; August 15, 1964) is an American philanthropist and former multimedia product developer and manager at Microsoft.[3] French Gates has consistently been ranked as one of the world's most powerful women by Forbes.[4]

Co-founder of the Bill and Melinda Gates foundation

In 2000, she and her then-husband Bill Gates co-founded the Bill & Melinda Gates Foundation, the world's largest private charitable organization as of 2015.[5] She and her ex-husband have been awarded the US Presidential Medal of Freedom and the French Legion of Honour.

In early May 2021, Bill and Melinda Gates announced they were getting divorced but will still remain co-chairs of the foundation.[6] She was recognized as one of the BBC's 100 women of 2021.[7]