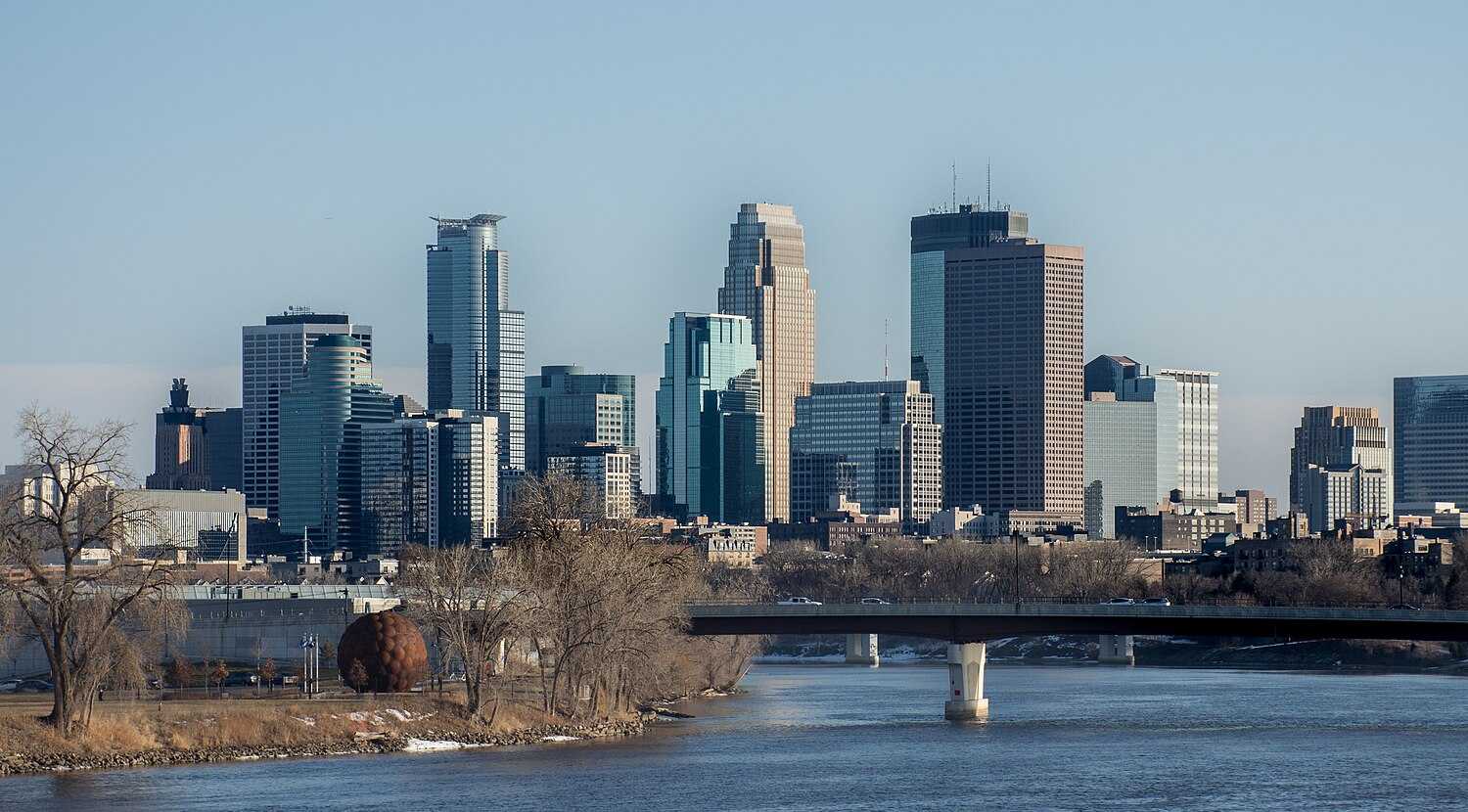 listen) MIN-ee-AP-əl-iss)[7] is the most-populous city in the U.S. state of Minnesota and the county seat of Hennepin County. The city is abundant in water, with thirteen lakes, wetlands, the Mississippi River, creeks and waterfalls. Minneapolis has its origins in timber and as the flour milling capital of the world. It occupies both banks of the Mississippi River and adjoins Saint Paul, the state capital of Minnesota.

Prior to European settlement, the site of Minneapolis was inhabited by Dakota people. The settlement was founded along Saint Anthony Falls on a section of land north of Fort Snelling; its growth is attributed to its proximity to the fort and the falls providing power for industrial activity. In 2021, the city had an estimated 425,336 inhabitants, making it the 46th-most-populous city in the United States.[3] Minneapolis, Saint Paul and the surrounding area are collectively known as the Twin Cities.

Minneapolis has one of the most extensive public park systems in the U.S.; many of these parks are connected by the Grand Rounds National Scenic Byway. Biking and walking trails, some of which follow abandoned railroad lines, run through many parts of the city; such as the Mill District in the Saint Anthony Falls Historic District, around the banks of Lake of the Isles, Bde Maka Ska, and Lake Harriet, and by Minnehaha Falls. Minneapolis has cold, snowy winters and warm, humid summers. Minneapolis is the birthplace of General Mills, Pillsbury Company, and the Target Corporation. The city's cultural offerings include the Guthrie Theater, the First Avenue nightclub, and four professional sports teams.

Most of the University of Minnesota's main campus, and several other post-secondary educational institutions are in Minneapolis. Part of the city is served by a light rail system.

Minneapolis has a mayor-council government system. The Minnesota Democratic-Farmer-Labor Party (DFL) holds a majority of the council seats and Jacob Frey (DFL) has been mayor since 2018. In May 2020, Derek Chauvin, a White officer of the Minneapolis Police Department, murdered George Floyd, a Black man, and the resulting global protests put Minneapolis and racism at the center of national and international attention.