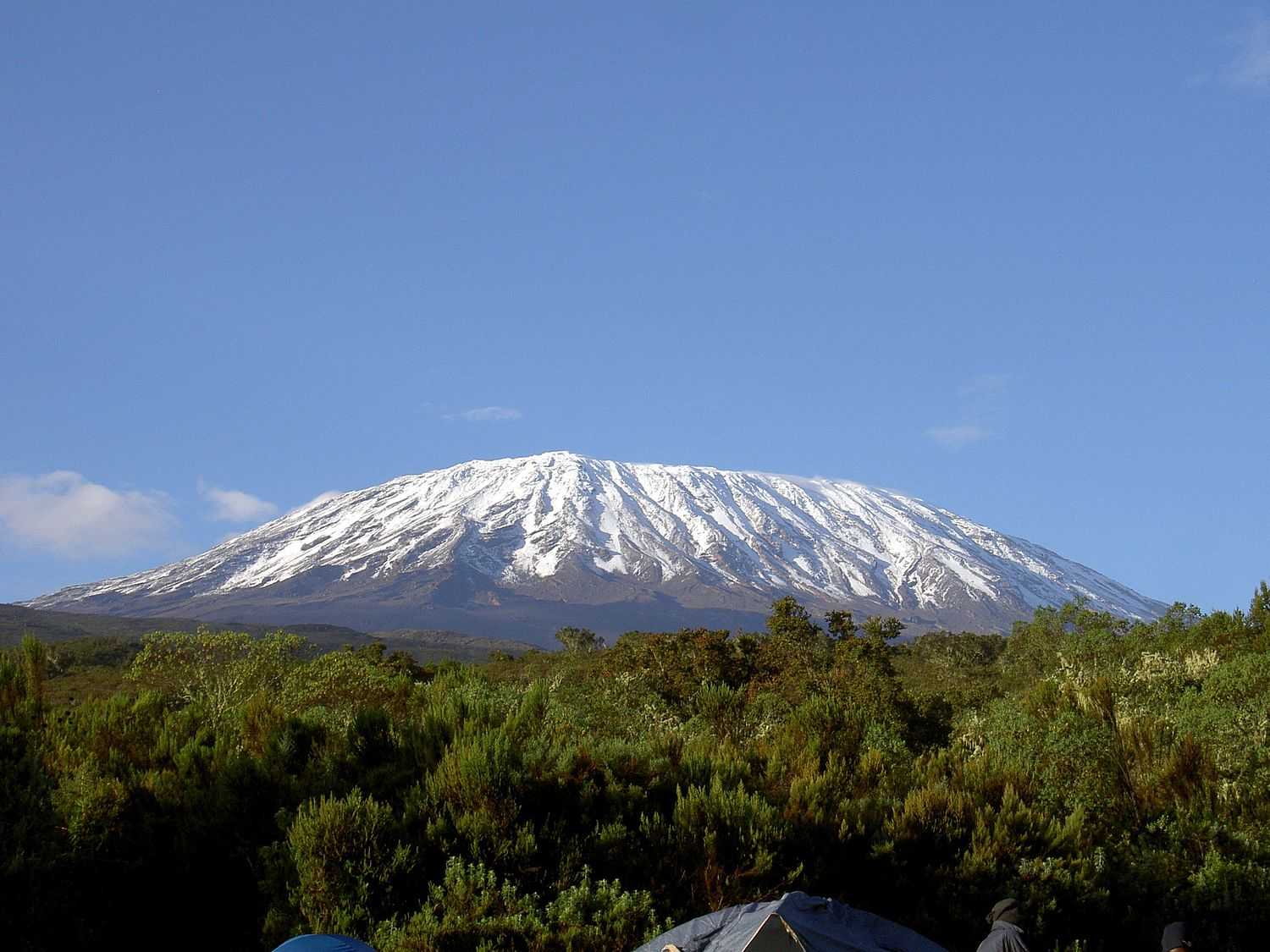 Kilimanjaro is the fourth most topographically prominent peak on Earth. It is part of Kilimanjaro National Park and is a major hiking and climbing destination. Because of its shrinking glaciers and ice fields, which are projected to disappear between 2025 and 2035, it has been the subject of many scientific studies.