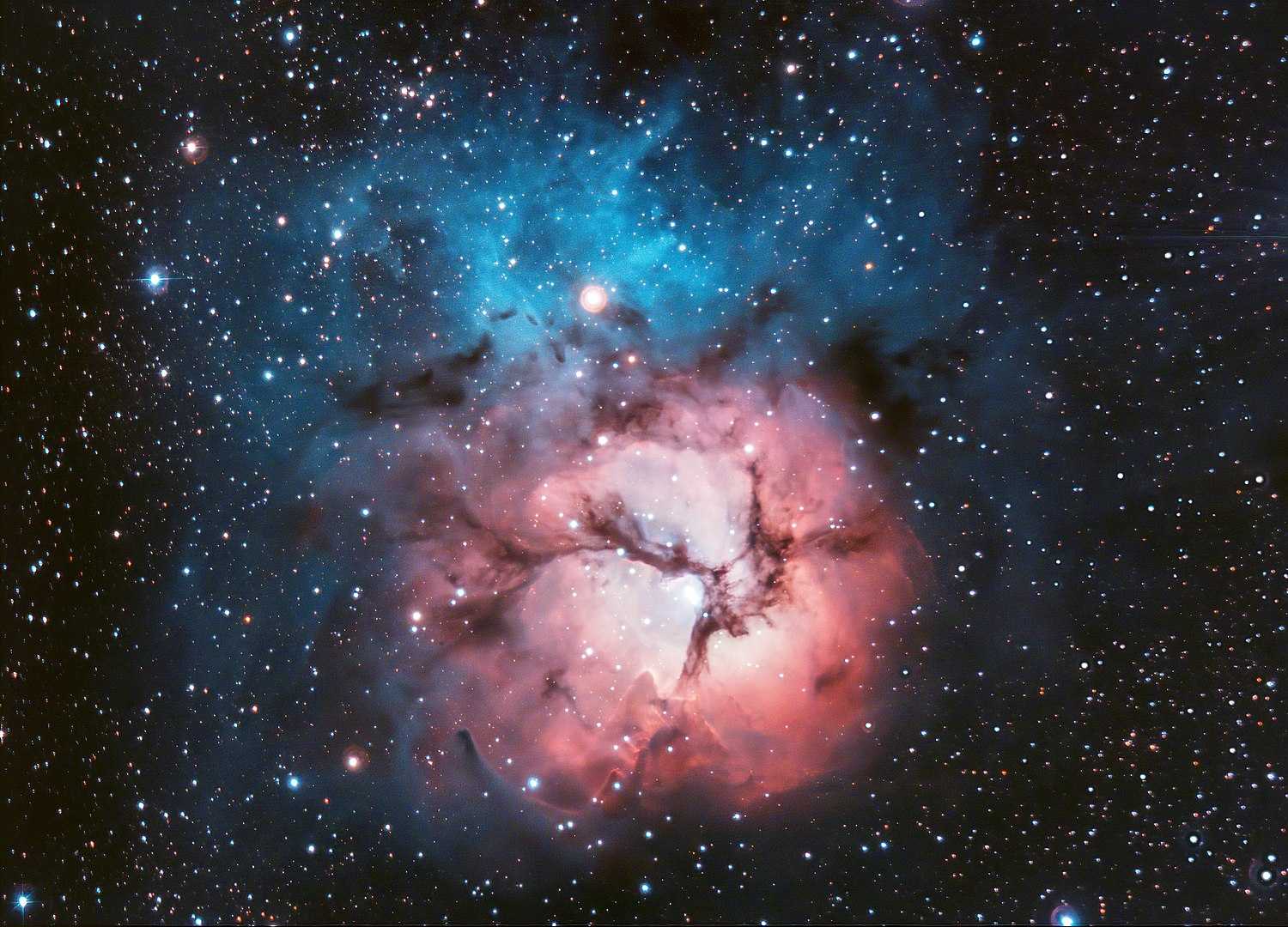 A nebula ('cloud' or 'fog' in Latin;[1] pl. nebulae, nebulæ or nebulas[2][3][4][5]) is a distinct luminescent part of interstellar medium, which can consist of ionized, neutral or molecular hydrogen and also cosmic dust. Nebulae are often star-forming regions, such as in the "Pillars of Creation" in the Eagle Nebula. In these regions, the formations of gas, dust, and other materials "clump" together to form denser regions, which attract further matter, and eventually will become dense enough to form stars. The remaining material is then thought to form planets and other planetary system objects.

Most nebulae are of vast size; some are hundreds of light-years in diameter. A nebula that is visible to the human eye from Earth would appear larger, but no brighter, from close by.[6] The Orion Nebula, the brightest nebula in the sky and occupying an area twice the angular diameter of the full Moon, can be viewed with the naked eye but was missed by early astronomers.[7] Although denser than the space surrounding them, most nebulae are far less dense than any vacuum created on Earth – a nebular cloud the size of the Earth would have a total mass of only a few kilograms. Earth's air has a density of approximately 1019 molecules per cubic centimeter; by contrast the densest nebulae can have densities of 10,000 molecules per cubic centimeter. Many nebulae are visible due to fluorescence caused by embedded hot stars, while others are so diffused that they can be detected only with long exposures and special filters. Some nebulae are variably illuminated by T Tauri variable stars.

Originally, the term "nebula" was used to describe any diffused astronomical object, including galaxies beyond the Milky Way. The Andromeda Galaxy, for instance, was once referred to as the Andromeda Nebula (and spiral galaxies in general as "spiral nebulae") before the true nature of galaxies was confirmed in the early 20th century by Vesto Slipher, Edwin Hubble and others. Edwin Hubble discovered that most nebulae are associated with stars and illuminated by starlight. He also helped categorize nebulae based on the type of light spectra they produced.[8]