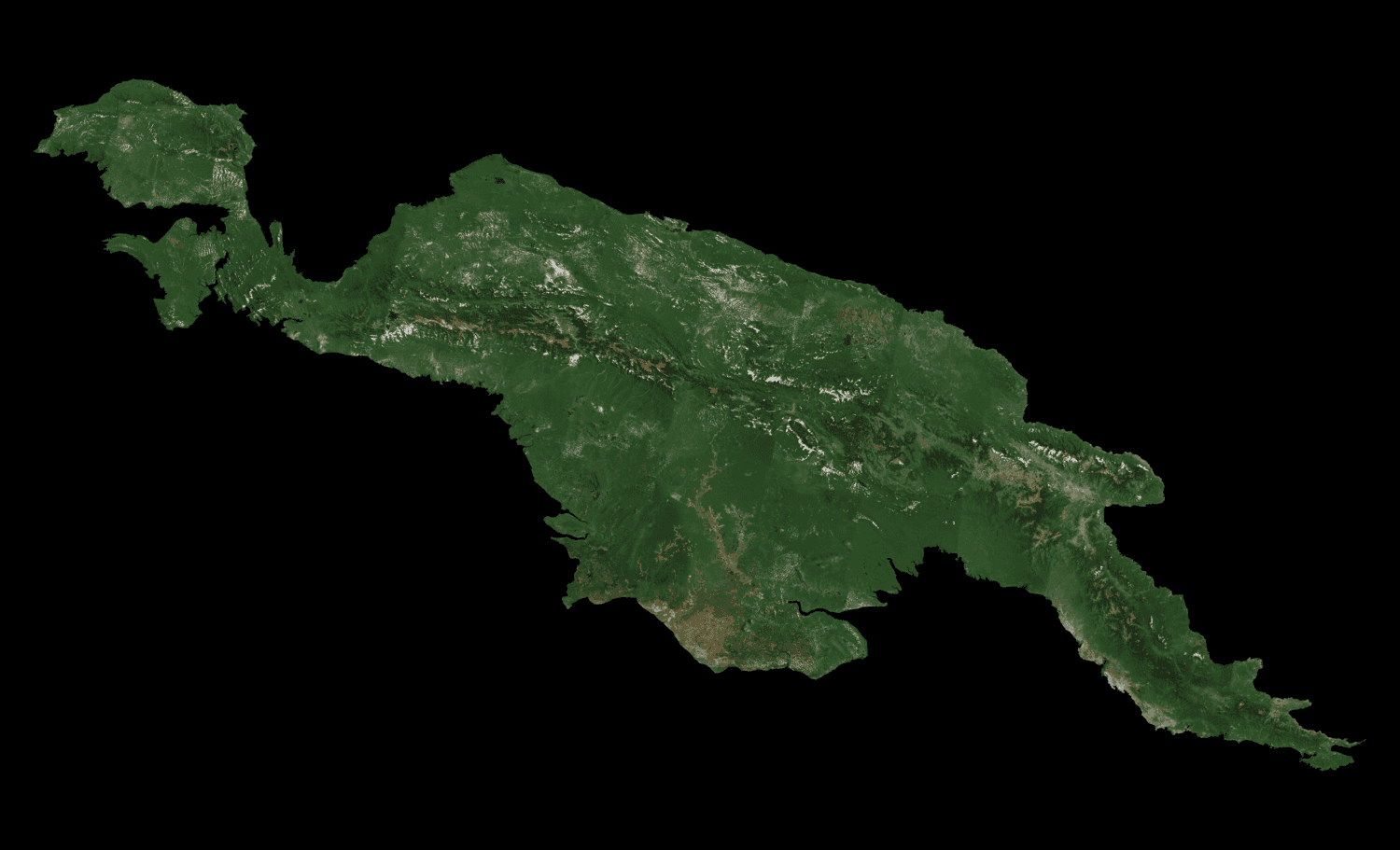 New Guinea (Tok Pisin: Niugini; Hiri Motu: Niu Gini; Indonesian: Papua, or Nugini,[lower-alpha 1] historically Irian) is the world's second-largest island with an area of 785,753 km2 (303,381 sq mi). Located in Oceania in the southwestern Pacific Ocean, the island is separated from Australia by the 150-kilometre (81-nautical-mile; 93-mile) wide Torres Strait, though both landmasses lie on the same continental shelf. Numerous smaller islands are located to the west and east.

Island in the Pacific Ocean

The eastern half of the island is the major land mass of the independent state of Papua New Guinea. The western half, known as Western New Guinea,[1] forms a part of Indonesia and is organized as the provinces of Papua, Central Papua, Highland Papua, South Papua, Southwest Papua, and West Papua. The largest cities on the island are Jayapura (capital of Papua, Indonesia) and Port Moresby (capital of Papua New Guinea).