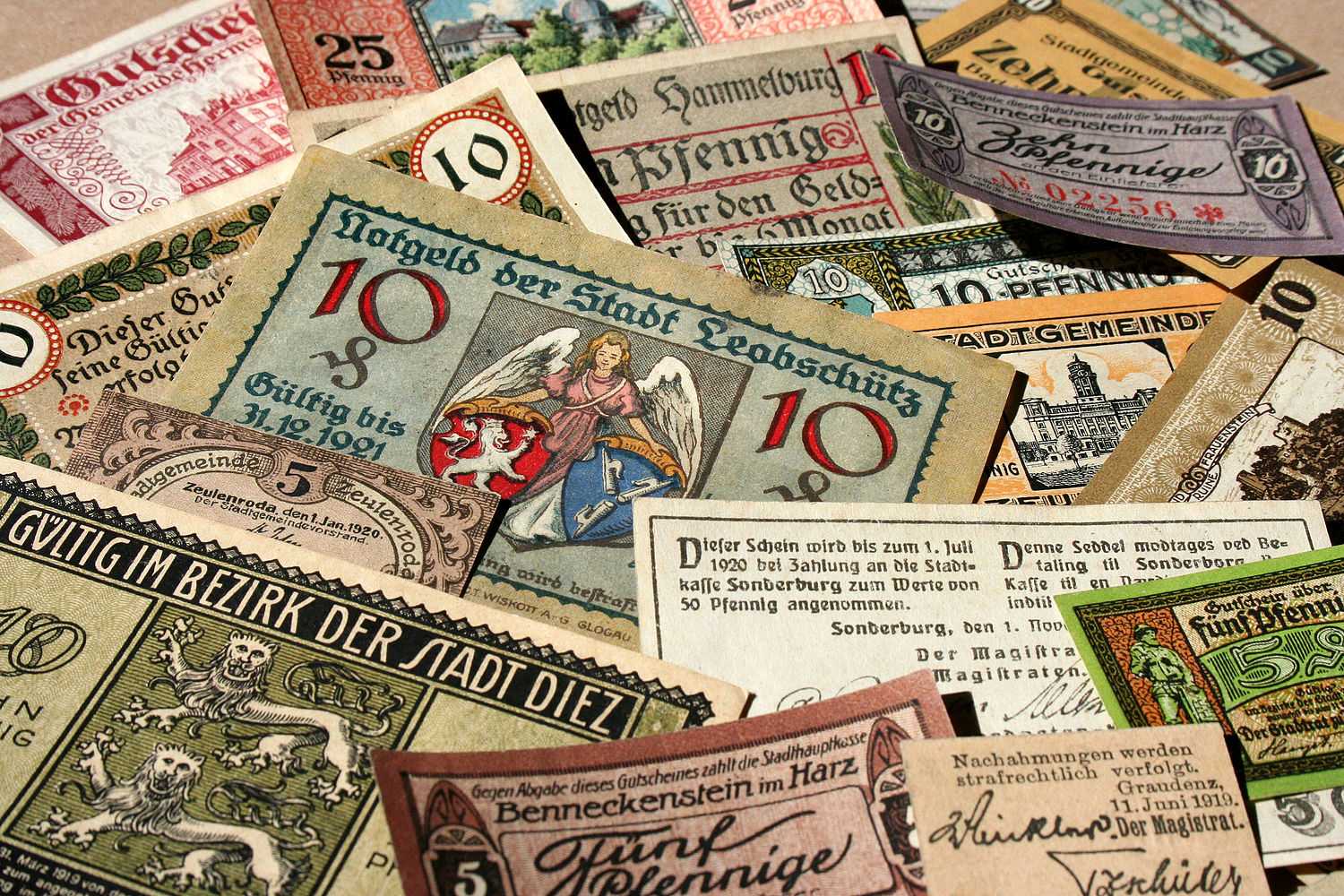 Notgeld (German for "emergency money" or "necessity money") refers to money issued by an institution in a time of economic or political crisis. The issuing institution is usually one without official sanction from the central government. This usually occurs when not enough state-produced money is available from the central bank. In particular, notgeld generally refers to money produced in Germany and Austria during World War I and the interwar period. Issuing institutions could be a town's savings banks, municipalities and private or state-owned firms. Nearly all issues contained an expiry date, after which time they were invalid. Issues without dates ordinarily had an expiry announced in a newspaper or at the place of issuance.

Emergency money issued during a crisis

Notgeld was mainly issued in the form of (paper) banknotes. Sometimes other forms were also used: coins, leather, silk, linen, wood, postage stamps, aluminium foil, coal, and porcelain; there are also reports of elemental sulfur being used, as well as all sorts of re-used paper and carton material (e.g. playing cards). These pieces made from playing cards are extremely rare and are known as Spielkarten, the German word for "playing cards".

Notgeld was a mutually-accepted means of payment in a particular region or locality, but notes could travel widely. Some cases of Notgeld could better be defined as scrip, which were essentially coupons redeemable only at specific businesses. However, the immense volume of issues produced by innumerable municipalities, firms, businesses, and individuals across Germany blurred the definition. Collectors tend to categorize by region or era rather than issuing authority (see below). Notgeld is different from occupation money that is issued by an occupying army during a war.