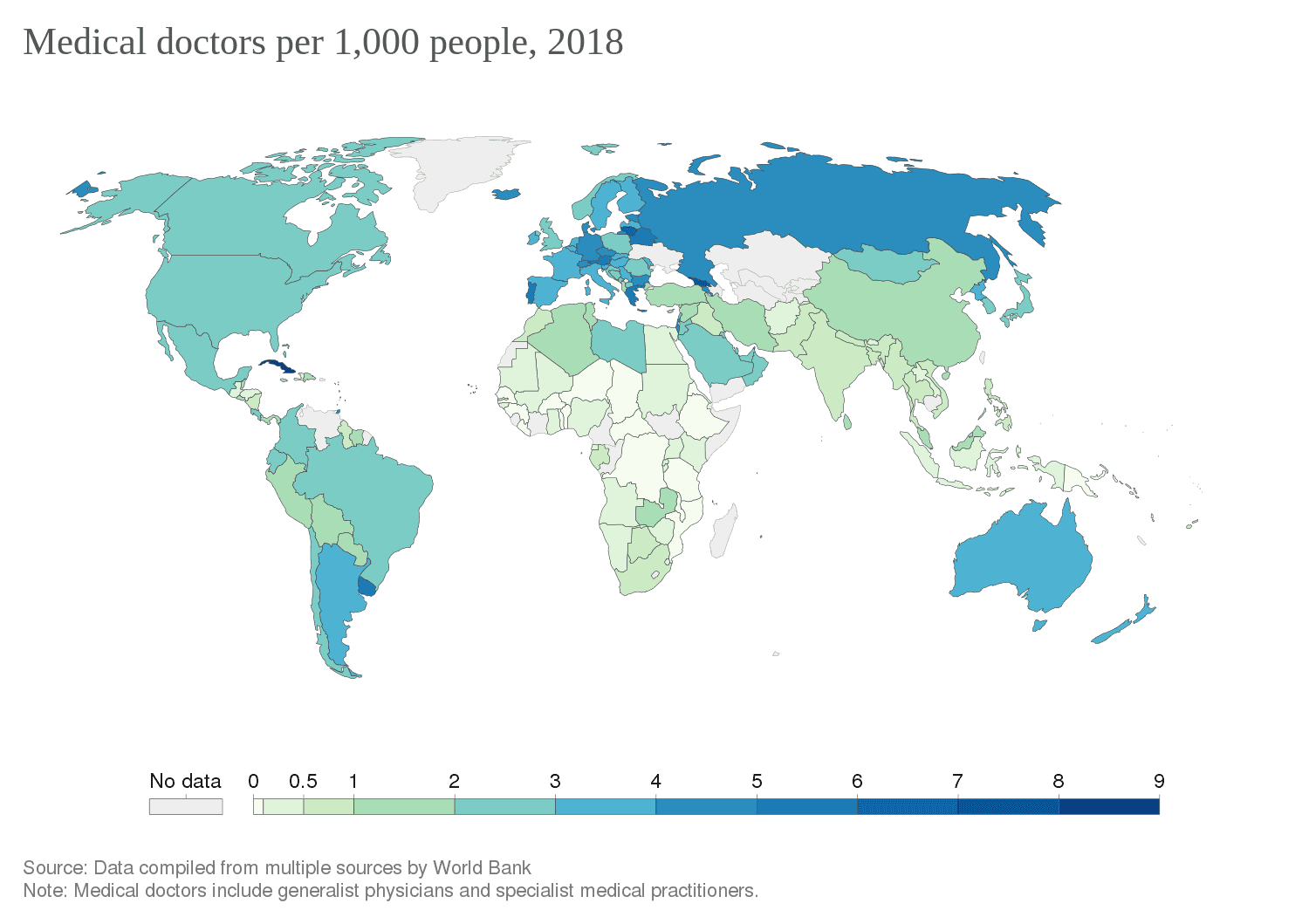 Physician supply refers to the number of trained physicians working in a health care system or active in the labor market.[2] The supply depends primarily on the number of graduates of medical schools in a country or jurisdiction but also on the number continuing to practice medicine as a career path and remaining in their country of origin. The number of physicians needed in a given context depends on several different factors, including the demographics and epidemiology of the local population, the numbers and types of other health care practitioners working in the system, and the policies and goals in place of the health care system.[3] If more physicians are trained than needed, supply exceeds demand. If too few physicians are trained and retained, some people may have difficulty accessing health care services. A physician shortage is a situation in which there are not enough physicians to treat all patients in need of medical care. That can be observed at the level of a given health care facility, a province/state, a country, or worldwide.

Globally, the World Health Organization (WHO) estimates a shortage of 4.3 million physicians, nurses, and other health workers worldwide,[4] especially in many developing countries. Developing nations often have physician shortages because of limited numbers and capacity of medical schools and because of international migration since physicians can usually earn much more money and enjoy better working conditions in other countries. Many developed countries also report doctor shortages, which traditionally happened in rural and other underserved areas. Reports as recent as January 2019 show that high-growth areas like Phoenix, Arizona, are experiencing shortages.[5] Shortages exist and are growing in the United States, Canada, the United Kingdom, Australia, New Zealand, and Germany.[6][7][8][9]

Several causes of the current and anticipated shortages have been suggested, but not everyone agrees that there is a true physician shortage, at least in the United States. On the KevinMD medical news blog, for example, it has been argued that inefficiencies introduced into the healthcare system, often driven by government initiatives, have reduced the number of patients physicians can see. By forcing physicians to spend much of their time on data entry and public health issues, the initiatives have limited the available time for direct patient care by physicians.[10]