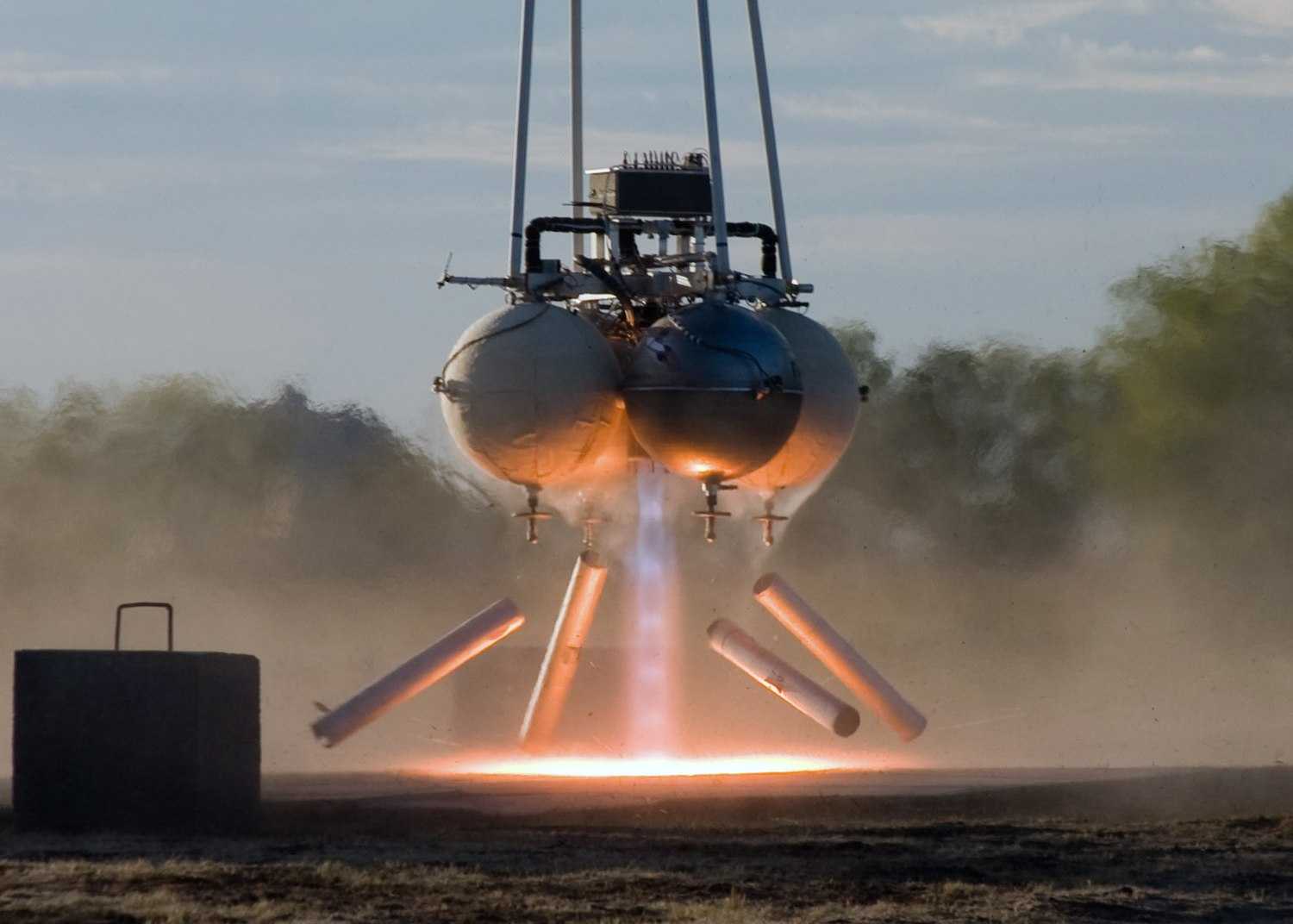 Propulsion is the generation of force by any combination of pushing or pulling to modify the translational motion of an object, which is typically a rigid body (or an articulated rigid body) but may also concern a fluid. The term is derived from two Latin words: pro, meaning before or forward; and pellere, meaning to drive.[1] A propulsion system consists of a source of mechanical power, and a propulsor (means of converting this power into propulsive force).

Plucking a guitar string to induce a vibratory translation is technically a form of propulsion of the guitar string; this is not commonly depicted in this vocabulary, even though human muscles are considered to propel the fingertips. The motion of an object moving through a gravitational field is affected by the field, and within some frames of reference physicists speak of the gravitational field generating a force upon the object, but for deep theoretic reasons, physicists now consider the curved path of an object moving freely through space-time as shaped by gravity as a natural movement of the object, unaffected by a propulsive force (in this view, the falling apple is considered to be unpropelled, while the observer of the apple standing on the ground is considered to be propelled by the reactive force of the Earth's surface).

Biological propulsion systems use an animal's muscles as the power source, and limbs such as wings, fins or legs as the propulsors. A technological system uses an engine or motor as the power source (commonly called a powerplant), and wheels and axles, propellers, or a propulsive nozzle to generate the force. Components such as clutches or gearboxes may be needed to connect the motor to axles, wheels, or propellers. A technological/biological system may use human, or trained animal, muscular work to power a mechanical device.

Influencing rotational motion is also technically a form of propulsion, but in speech, an automotive mechanic might prefer to describe the hot gasses in an engine cylinder as propelling the piston (translational motion), which drives the crankshaft (rotational motion), the crankshaft then drives the wheels (rotational motion), and the wheels propel the car forward (translational motion). In common speech, propulsion is associated with spacial displacement more strongly than locally contained forms of motion, such as rotation or vibration. As another example, internal stresses in a rotating baseball cause the surface of the baseball to travel along a sinusoidal or helical trajectory, which would not happen in the absence of these interior forces; these forces meet the technical definition of propulsion from Newtonian mechanics, but are not commonly spoken of in this language.