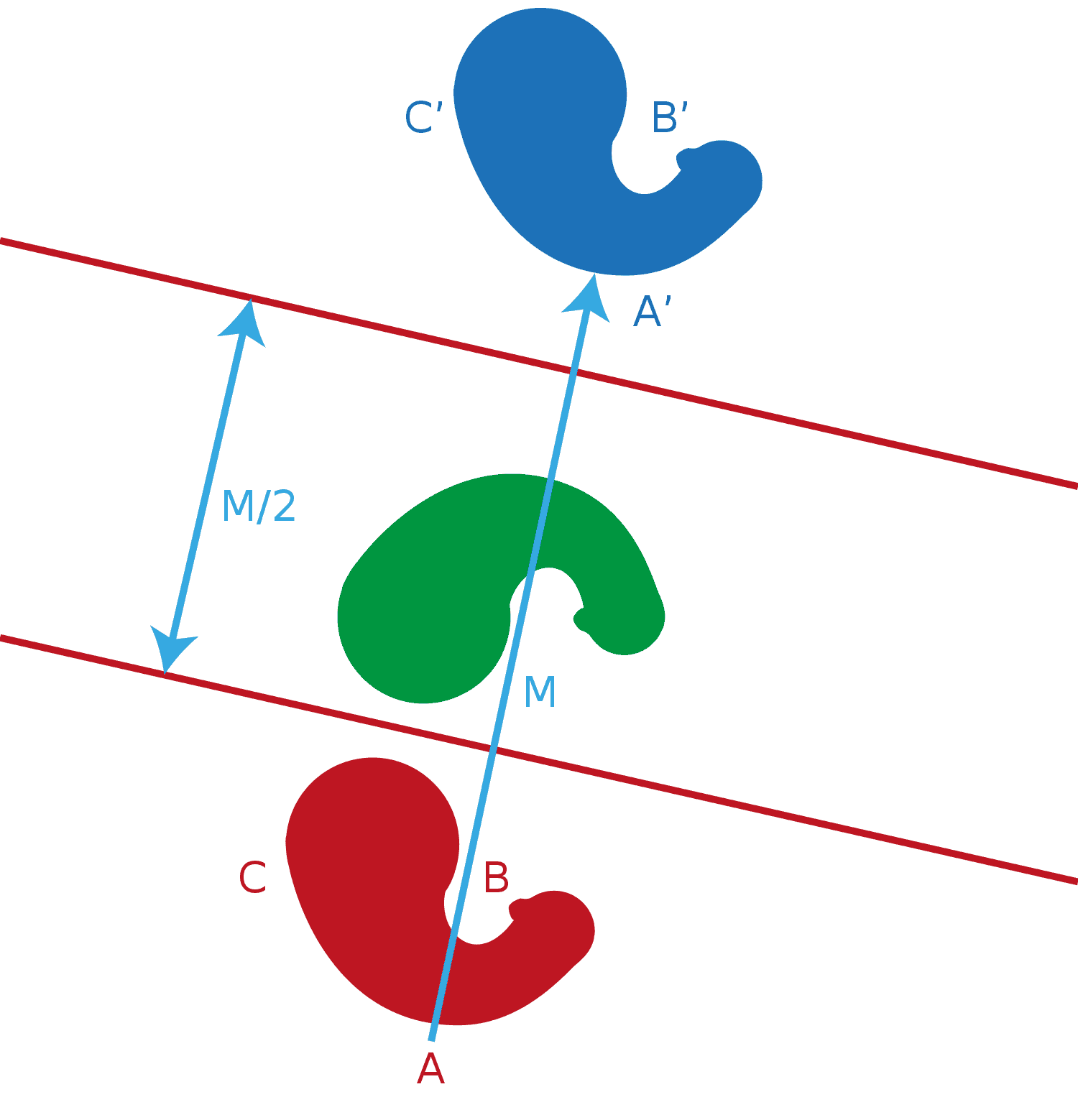 In mathematics, a reflection (also spelled reflexion)[1] is a mapping from a Euclidean space to itself that is an isometry with a hyperplane as a set of fixed points; this set is called the axis (in dimension 2) or plane (in dimension 3) of reflection. The image of a figure by a reflection is its mirror image in the axis or plane of reflection. For example the mirror image of the small Latin letter p for a reflection with respect to a vertical axis would look like q. Its image by reflection in a horizontal axis would look like b. A reflection is an involution: when applied twice in succession, every point returns to its original location, and every geometrical object is restored to its original state.

Mapping from a Euclidean space to itself

The term reflection is sometimes used for a larger class of mappings from a Euclidean space to itself, namely the non-identity isometries that are involutions. Such isometries have a set of fixed points (the "mirror") that is an affine subspace, but is possibly smaller than a hyperplane. For instance a reflection through a point is an involutive isometry with just one fixed point; the image of the letter p under it would look like a d. This operation is also known as a central inversion (Coxeter 1969, §7.2), and exhibits Euclidean space as a symmetric space. In a Euclidean vector space, the reflection in the point situated at the origin is the same as vector negation. Other examples include reflections in a line in three-dimensional space. Typically, however, unqualified use of the term "reflection" means reflection in a hyperplane.