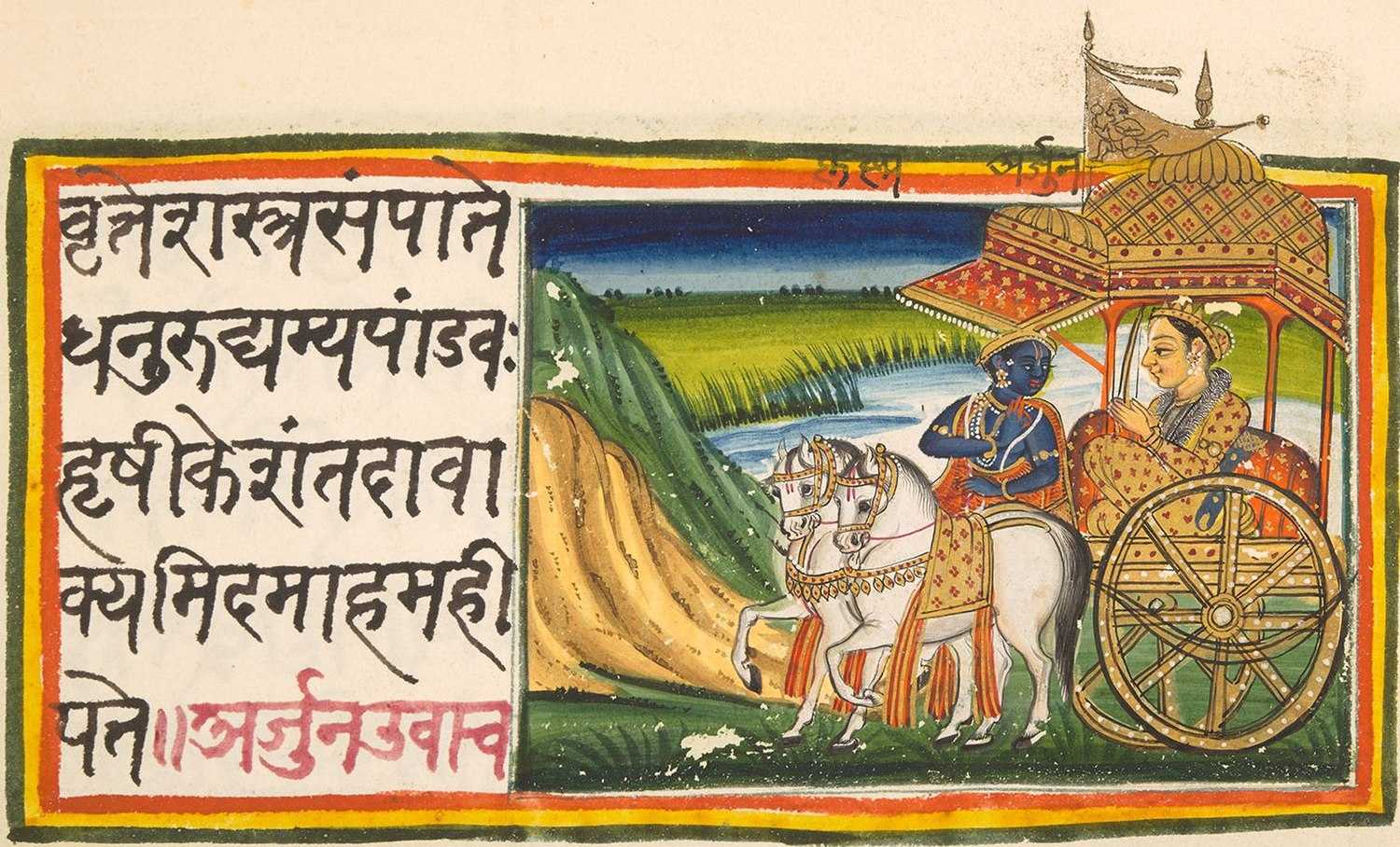 Sanskrit (/ˈsænskrɪt/; attributively संस्कृत-, saṃskṛta-;[15][16] nominally संस्कृतम्, saṃskṛtam, IPA: [ˈsɐ̃skr̩tɐm][17][lower-alpha 4]) is a classical language belonging to the Indo-Aryan branch of the Indo-European languages.[19][20][21] It arose in South Asia after its predecessor languages had diffused there from the northwest in the late Bronze Age.[22][23] Sanskrit is the sacred language of Hinduism, the language of classical Hindu philosophy, and of historical texts of Buddhism and Jainism. It was a link language in ancient and medieval South Asia, and upon transmission of Hindu and Buddhist culture to Southeast Asia, East Asia and Central Asia in the early medieval era, it became a language of religion and high culture, and of the political elites in some of these regions.[24][25] As a result, Sanskrit had a lasting impact on the languages of South Asia, Southeast Asia and East Asia, especially in their formal and learned vocabularies.[26]

Sanskrit generally connotes several Old Indo-Aryan language varieties.[27][28] The most archaic of these is the Vedic Sanskrit found in the Rigveda, a collection of 1,028 hymns composed between 1500 BCE and 1200 BCE by Indo-Aryan tribes migrating east from what are today Afghanistan across northern Pakistan and into northwestern India.[29][30] Vedic Sanskrit interacted with the preexisting ancient languages of the subcontinent, absorbing names of newly encountered plants and animals; in addition, the ancient Dravidian languages influenced Sanskrit's phonology and syntax.[31] Sanskrit can also more narrowly refer to Classical Sanskrit, a refined and standardized grammatical form that emerged in the mid-1st millennium BCE and was codified in the most comprehensive of ancient grammars,[lower-alpha 5] the Aṣṭādhyāyī ('Eight chapters') of Pāṇini.[32] The greatest dramatist in Sanskrit, Kālidāsa, wrote in classical Sanskrit, and the foundations of modern arithmetic were first described in classical Sanskrit.[lower-alpha 6][33] The two major Sanskrit epics, the Mahābhārata and the Rāmāyaṇa, however, were composed in a range of oral storytelling registers called Epic Sanskrit which was used in northern India between 400 BCE and 300 CE, and roughly contemporary with classical Sanskrit.[34] In the following centuries, Sanskrit became tradition-bound, stopped being learned as a first language, and ultimately stopped developing as a living language.[9]

The hymns of the Rigveda are notably similar to the most archaic poems of the Iranian and Greek language families, the Gathas of old Avestan and Iliad of Homer.[35] As the Rigveda was orally transmitted by methods of memorisation of exceptional complexity, rigour and fidelity,[36][37] as a single text without variant readings,[38] its preserved archaic syntax and morphology are of vital importance in the reconstruction of the common ancestor language Proto-Indo-European.[35] Sanskrit does not have an attested native script: from around the turn of the 1st-millennium CE, it has been written in various Brahmic scripts, and in the modern era most commonly in Devanagari.[lower-alpha 1][12][13]

Sanskrit's status, function, and place in India's cultural heritage are recognized by its inclusion in the Constitution of India's Eighth Schedule languages.[39][40] However, despite attempts at revival,[8][41] there are no first language speakers of Sanskrit in India.[8][10][42] In each of India's recent decennial censuses, several thousand citizens have reported Sanskrit to be their mother tongue,[lower-alpha 7] but the numbers are thought to signify a wish to be aligned with the prestige of the language.[6][7][8][43] Sanskrit has been taught in traditional gurukulas since ancient times; it is widely taught today at the secondary school level. The oldest Sanskrit college is the Benares Sanskrit College founded in 1791 during East India Company rule.[44] Sanskrit continues to be widely used as a ceremonial and ritual language in Hindu and Buddhist hymns and chants.