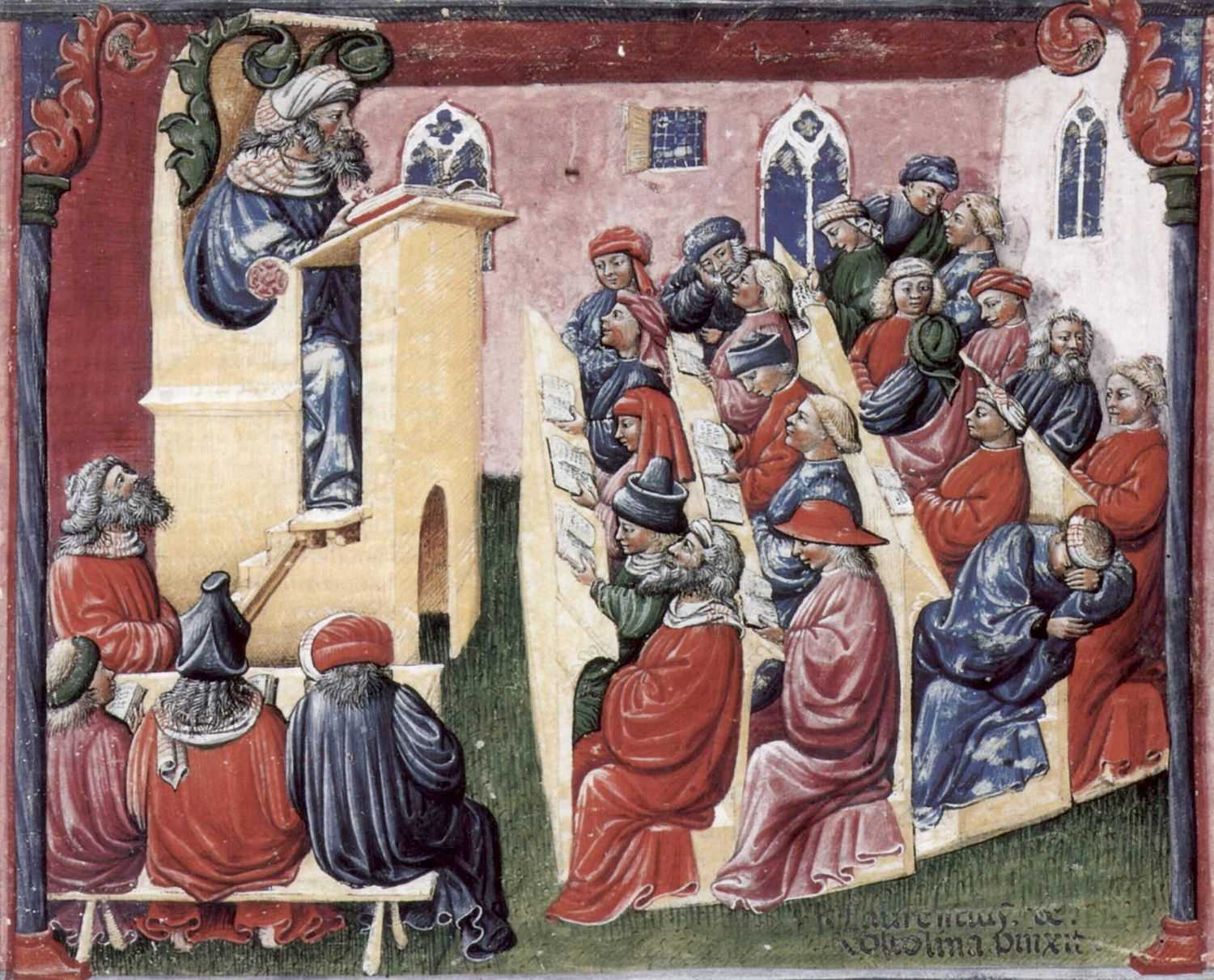 Scholasticism was a medieval school of philosophy that employed a critical organic method of philosophical analysis predicated upon the Aristotelian 10 Categories. Christian scholasticism emerged within the monastic schools that translated scholastic Judeo—Islamic philosophies, and thereby "rediscovered" the collected works of Aristotle. Endeavoring to harmonize his metaphysics and its account of a prime mover with the Latin Catholic dogmatic trinitarian theology, these monastic schools became the basis of the earliest European medieval universities, and scholasticism dominated education in Europe from about 1100 to 1700.[1] The rise of scholasticism was closely associated with these schools that flourished in Italy, France, Portugal, Spain and England.[2]

Scholasticism is a method of learning more than a philosophy or a theology, since it places a strong emphasis on dialectical reasoning to extend knowledge by inference and to resolve contradictions. Scholastic thought is also known for rigorous conceptual analysis and the careful drawing of distinctions. In the classroom and in writing, it often takes the form of explicit disputation; a topic drawn from the tradition is broached in the form of a question, oppositional responses are given, a counterproposal is argued and oppositional arguments rebutted. Because of its emphasis on rigorous dialectical method, scholasticism was eventually applied to many other fields of study.[3][4]

Scholasticism was initially a program conducted by medieval Christian thinkers attempting to harmonize the various authorities of their own tradition, and to reconcile Christian theology with classical and late antiquity philosophy, especially that of Aristotle but also of Neoplatonism.[5]

The Scholastics, also known as Schoolmen,[6][7] included as its main figures Anselm of Canterbury ("the father of scholasticism"[8]), Peter Abelard, Alexander of Hales, Albertus Magnus, Duns Scotus, William of Ockham,[dubious – discuss] Bonaventure, and Thomas Aquinas. Aquinas's masterwork Summa Theologica (1265–1274) is considered to be the pinnacle of scholastic, medieval, and Christian philosophy;[9] it began while Aquinas was regent master at the studium provinciale of Santa Sabina in Rome, the forerunner of the Pontifical University of Saint Thomas Aquinas, Angelicum. Important work in the scholastic tradition has been carried on well past Aquinas's time, for instance by Francisco Suárez and Luis de Molina, and also among Lutheran and Reformed thinkers. English scholastics Robert Grosseteste and his student Roger Bacon.