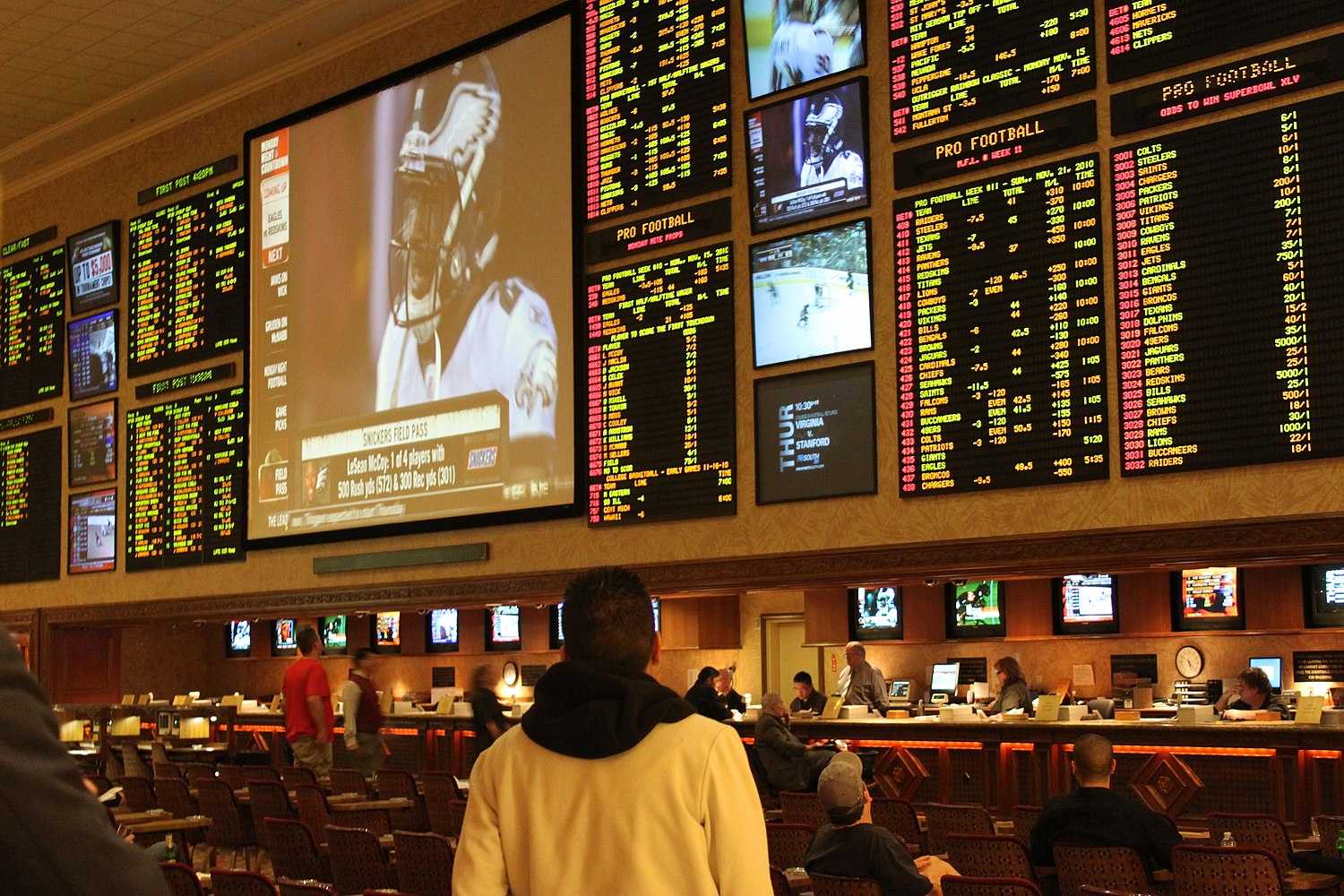 Sports betting is the activity of predicting sports results and placing a wager on the outcome. The frequency of sports bet upon varies by culture, with the vast majority of bets being placed on association football, American football, basketball, baseball, hockey, track cycling, auto racing, mixed martial arts, and boxing at both the amateur and professional levels. Sports betting can also extend to non-athletic events, such as reality show contests and political elections, and non-human contests such as horse racing, greyhound racing, and cockfighting. It is not uncommon for sports betting websites to offer wagers for entertainment events such as the Grammy Awards, the Oscars, and the Emmy Awards.

Sports bettors place their wagers either legally, through a bookmaker/sportsbook, or illegally through privately run enterprises referred to as "bookies". The term "book" is a reference to the books used by wage brokers to track wagers, payouts, and debts. Many legal sportsbooks are found online, operated over the Internet from jurisdictions separate from the clients they serve, usually to get around various gambling laws (such as the Unlawful Internet Gambling Enforcement Act of 2006 in the United States) in select markets, such as Las Vegas, Nevada, or on gambling cruises through self-serve kiosks. They take bets "up-front", meaning the bettor must pay the sportsbook before placing the bet. Illegal bookies, due to the nature of their business, can operate anywhere but only require money from losing bettors and don't require the wagered money up front, creating the possibility of debt to the bookie from the bettor. This creates a number of other criminal elements, thus furthering their illegality.

There have been a number of sports betting scandals, affecting the integrity of sports events through various acts including point shaving (players affecting the score by missing shots), spot-fixing (a player action is fixed), bad calls from officials at key moments, and overall match fixing (the overall result of the event is fixed). Examples include the 1919 World Series, the alleged (and later admitted) illegal gambling of former baseball player Pete Rose, and former NBA referee Tim Donaghy.