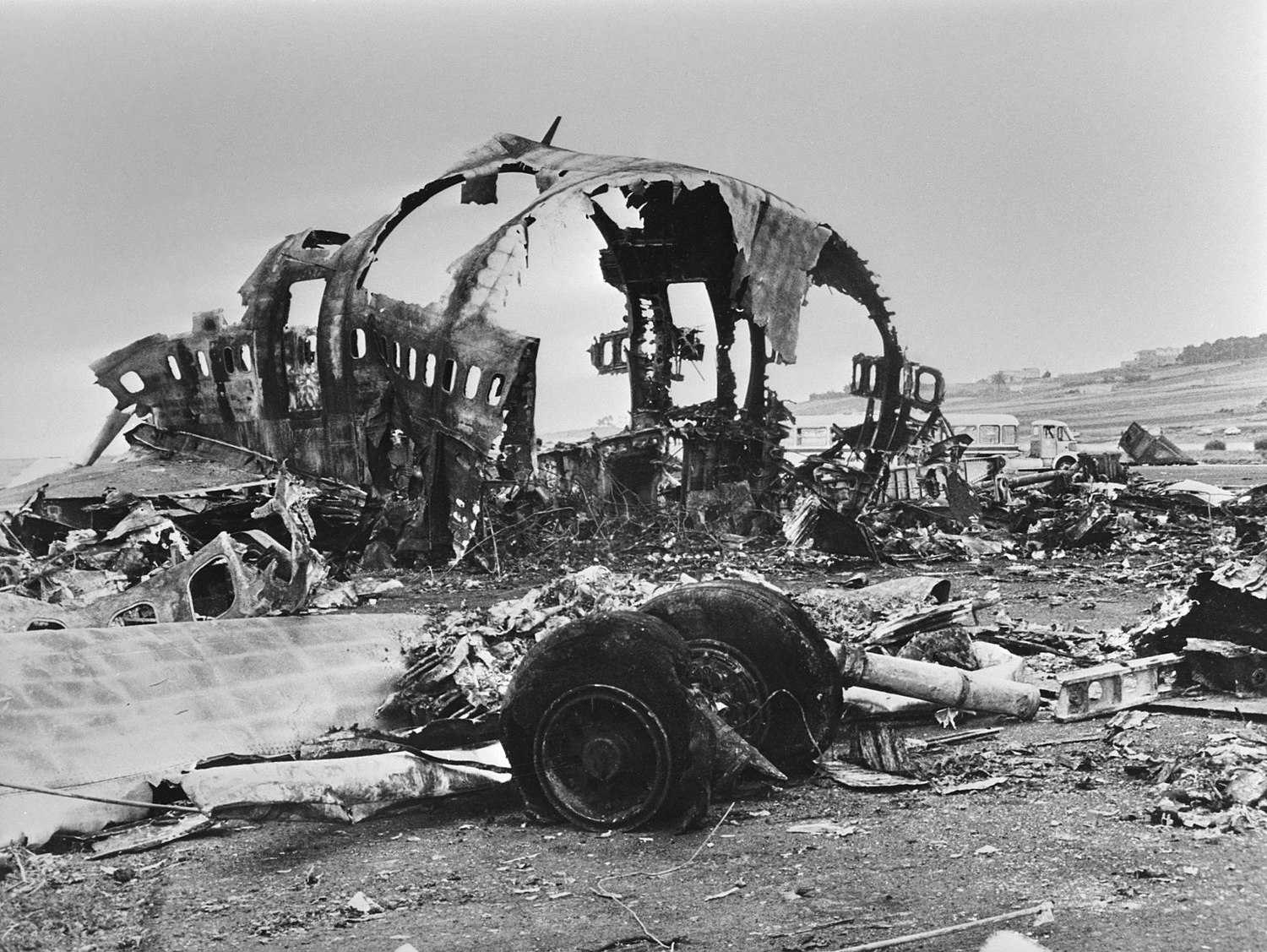 The Tenerife airport disaster occurred on March 27, 1977, when two Boeing 747 passenger jets collided on the runway at Los Rodeos Airport[1] (now Tenerife North Airport) on the Spanish island of Tenerife.[2][3] The collision occurred when KLM Flight 4805 initiated its takeoff run while Pan Am Flight 1736 was still on the runway. The impact and resulting fire killed everyone on board KLM 4805 and most of the occupants of Pan Am 1736, with only 61 survivors in the front section of the aircraft.[2][3] With 583 fatalities, the disaster is the deadliest accident in aviation history.

1977 runway collision in Spain and deadliest crash in aviation history

A bomb set off by the Canary Islands Independence Movement at Gran Canaria Airport had caused many flights to be diverted to Los Rodeos, including the two aircraft involved in the accident. The airport quickly became congested with parked airplanes blocking the only taxiway and forcing departing aircraft to taxi on the runway instead. Patches of thick fog were drifting across the airfield, so visibility was greatly reduced for pilots and the control tower.[2][3]

The subsequent investigation by Spanish authorities concluded that the primary cause of the accident was the KLM captain's decision to take off in the mistaken belief that a takeoff clearance from air traffic control (ATC) had been issued.[4] Dutch investigators placed a greater emphasis on a mutual misunderstanding in radio communications between the KLM crew and ATC,[5] but ultimately KLM admitted that their crew was responsible for the accident and the airline agreed to financially compensate the relatives of all of the victims.[6]

The disaster had a lasting influence on the industry, highlighting in particular the vital importance of using standardized phraseology in radio communications. Cockpit procedures were also reviewed, contributing to the establishment of crew resource management as a fundamental part of airline pilots' training.[7]The captain is no longer considered infallible, and combined crew input is encouraged during aircraft operations.[8]