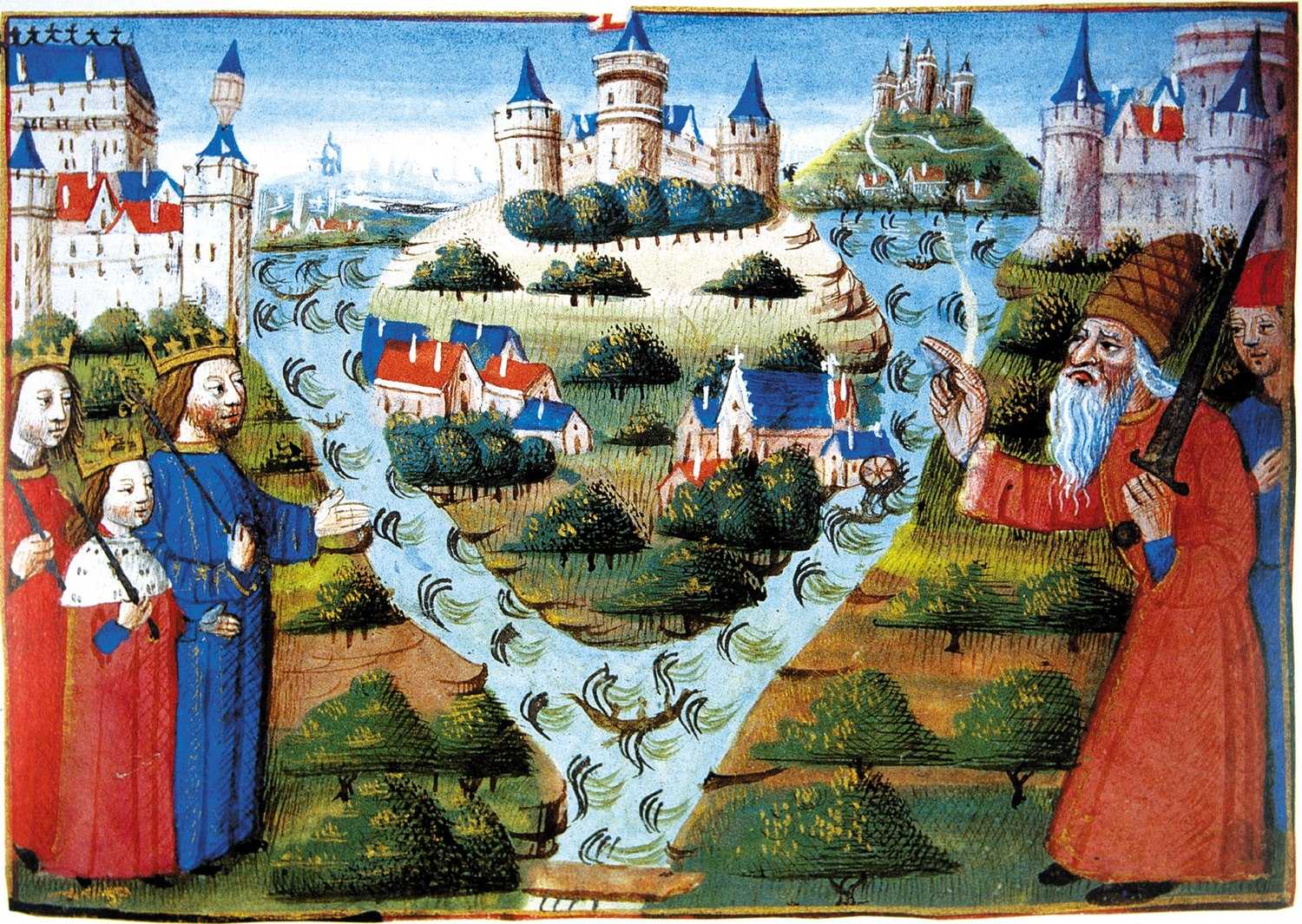 The Treaty of Verdun (French: Traité de Verdun), agreed in August 843, divided the Frankish Empire into three kingdoms among the surviving sons of the emperor Louis I, the son and successor of Charlemagne. The treaty was concluded following almost three years of civil war and was the culmination of negotiations lasting more than a year. It was the first in a series of partitions contributing to the dissolution of the empire created by Charlemagne and has been seen as foreshadowing the formation of many of the modern countries of western Europe.

843 treaty dividing the Frankish Empire between the grandsons of Charlemagne

The treaty was the first of the four partition treaties of the Carolingian Empire, followed by the Treaties of Prüm (855), Meerssen (870), and Ribemont (880).