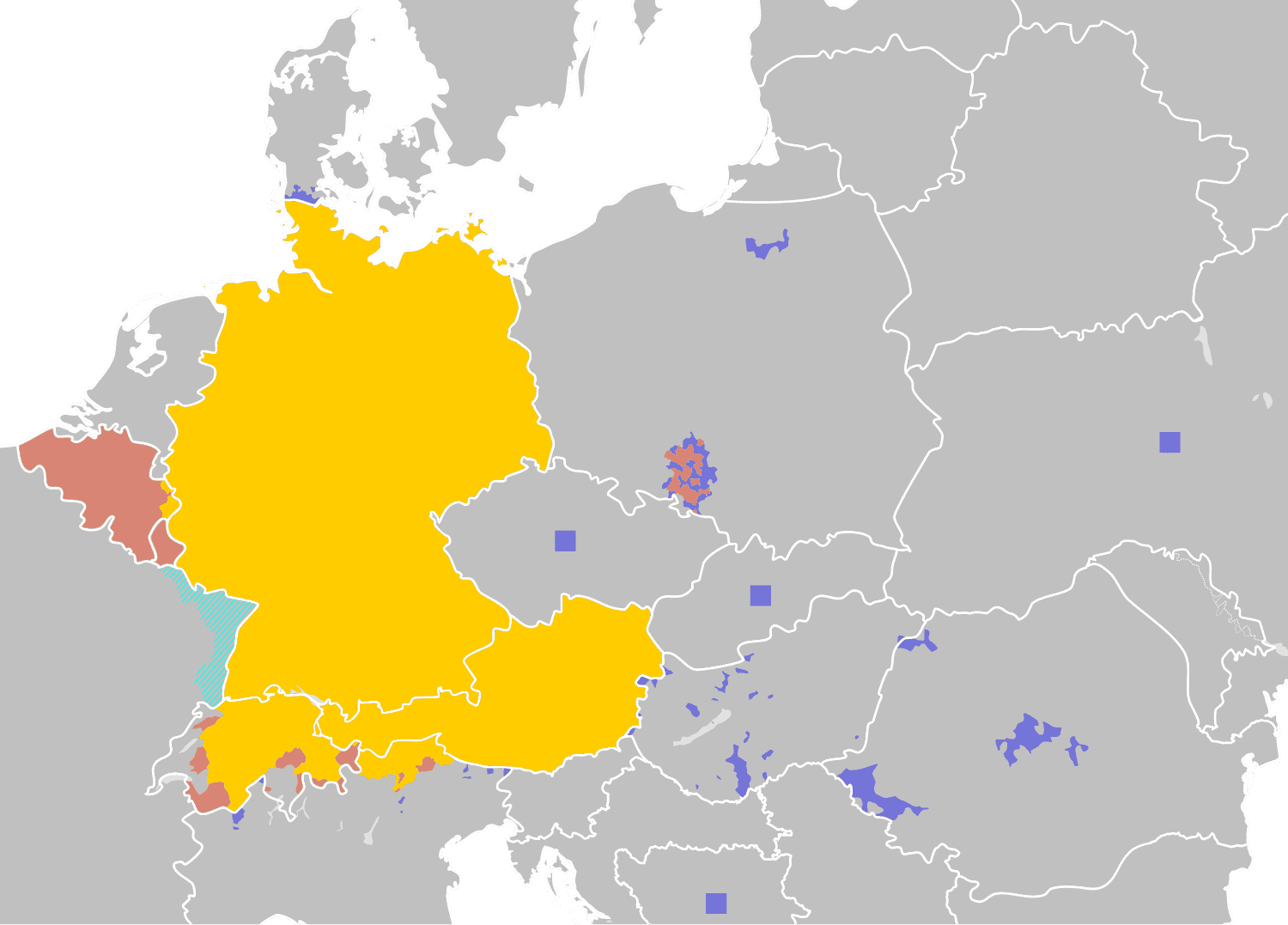 German (Deutsch [dɔʏtʃ]) is a West Germanic language mainly spoken in Central Europe. It is the most widely spoken and official or co-official language in Germany, Austria, Switzerland, Liechtenstein, and the Italian province of South Tyrol. It is also a co-official language of Luxembourg and Belgium, as well as a recognized national language in Namibia. Outside Germany, it is also spoken by German communities in France (Bas-Rhin), Czech Republic (North Bohemia), Poland (Upper Silesia), Slovakia (Bratislava Region), and Hungary (Sopron).

German is one of the major languages of the world. It is the most spoken native language within the European Union. German is also widely taught as a foreign language, especially in continental Europe, where it is the third most taught foreign language (after English and French), and the United States. The language has been influential in the fields of philosophy, theology, science, and technology. It is the second-most commonly used scientific language and among the most widely used languages on websites. The German-speaking countries are ranked fifth in terms of annual publication of new books, with one-tenth of all books (including e-books) in the world being published in German.

German is an inflected language, with four cases for nouns, pronouns, and adjectives (nominative, accusative, genitive, dative); three genders (masculine, feminine, neuter); and two numbers (singular, plural). It has strong and weak verbs. The majority of its vocabulary derives from the ancient Germanic branch of the Indo-European language family, while a smaller share is partly derived from Latin and Greek, along with fewer words borrowed from French and Modern English.

German is a pluricentric language; the three standardized variants are German, Austrian, and Swiss Standard High German. It is also notable for its broad spectrum of dialects, with many varieties existing in Europe and other parts of the world. Some of these non-standard varieties have become recognized and protected by regional or national governments.

Since 2004, meetings of German-speaking countries have been held annually with six participants: Germany, Austria, Belgium, Liechtenstein, Luxembourg, and Switzerland.[4]