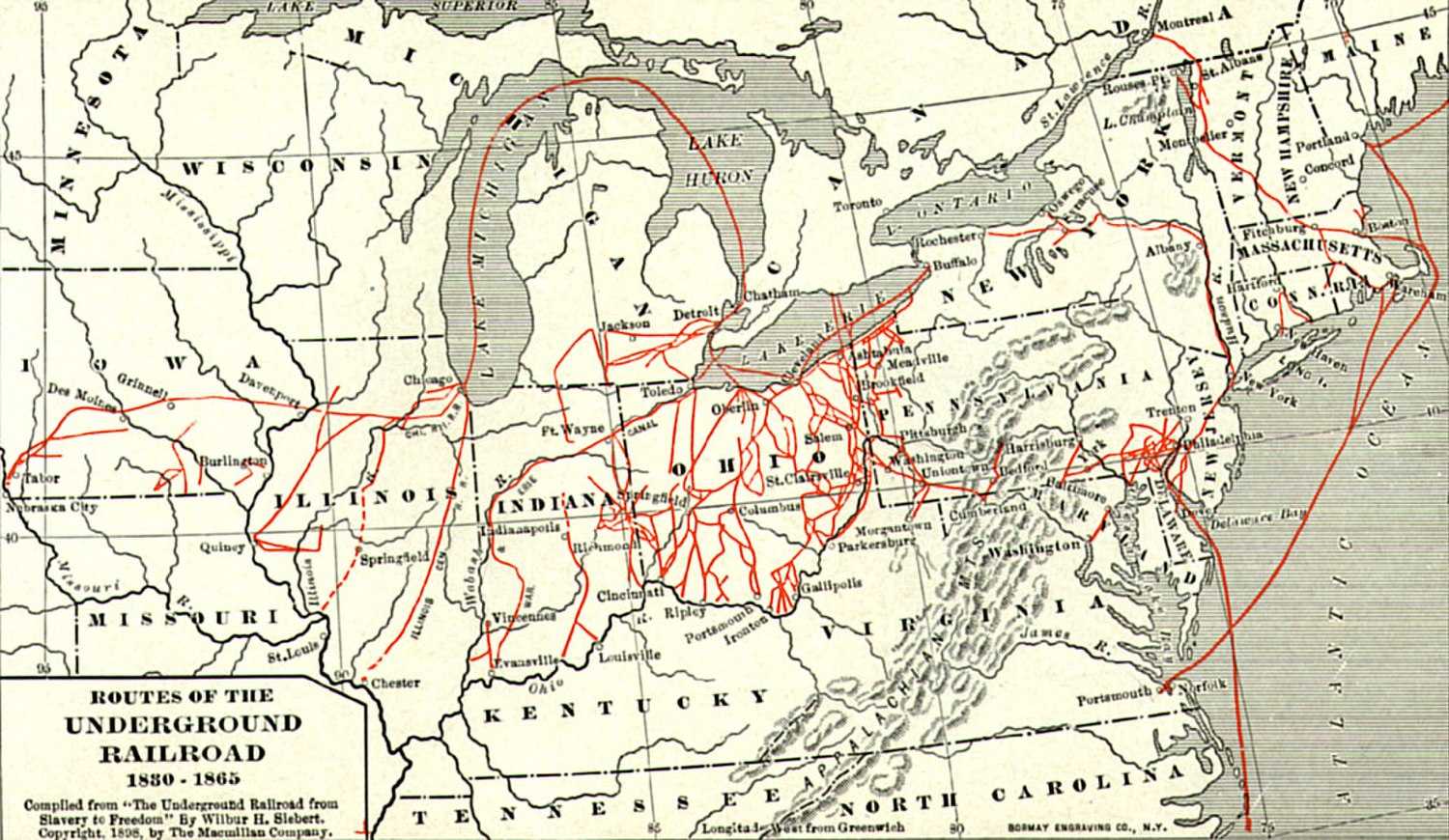 The Underground Railroad was a network of clandestine routes and safe houses established in the United States during the early- to the mid-19th century. It was used by enslaved African Americans primarily to escape into free states and Canada.[1] The network was assisted by abolitionists and others sympathetic to the cause of the escapees.[2] The enslaved persons who risked escape and those who aided them are also collectively referred to as the "Underground Railroad".[3] Various other routes led to Mexico,[4] where slavery had been abolished, and to islands in the Caribbean that were not part of the slave trade.[5] An earlier escape route running south toward Florida, then a Spanish possession (except 1763–1783), existed from the late 17th century until approximately 1790.[6][7] However, the network now generally known as the Underground Railroad began in the late 18th century. It ran north and grew steadily until the Emancipation Proclamation was signed by President Abraham Lincoln.[8] One estimate suggests that by 1850, approximately 100,000 enslaved people had escaped to freedom via the network.[8]