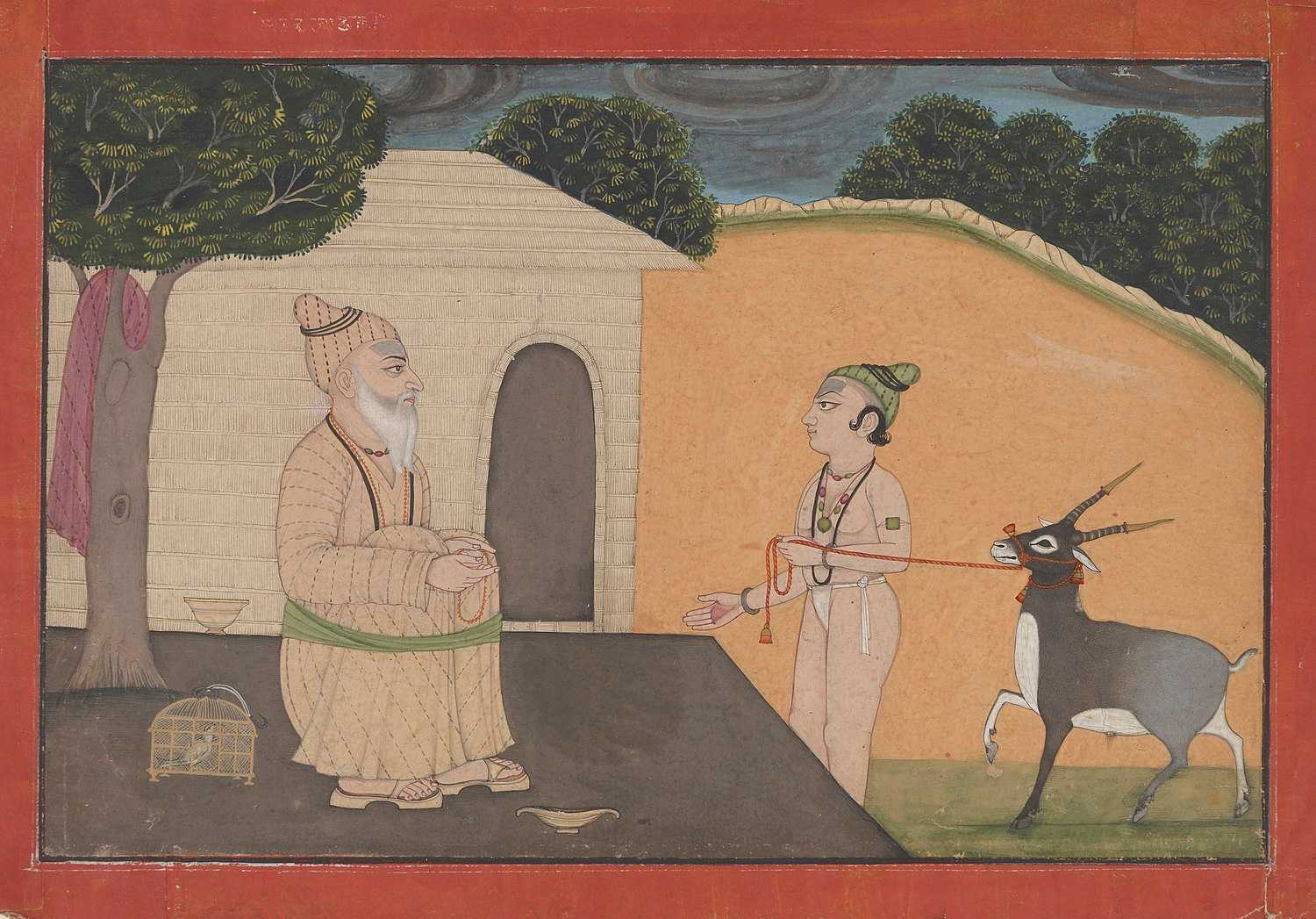 The Upanishads (/ʊˈpənɪˌʃədz/;[1] Sanskrit: उपनिषद् Upaniṣad pronounced [ˈʊpɐnɪʂɐd̪]) are late Vedic Sanskrit texts that supplied the basis of later Hindu philosophy.[2][3][note 1][note 2] They are the most recent part of the Vedas, the oldest scriptures of Hinduism, and deal with meditation, philosophy, consciousness, and ontological knowledge; earlier parts of the Vedas deal with mantras, benedictions, rituals, ceremonies, and sacrifices.[6][7][8] While among the most important literature in the history of Indian religions and culture, the Upanishads document a wide variety of "rites, incarnations, and esoteric knowledge"[9] departing from Vedic ritualism and interpreted in various ways in the later commentarial traditions. Of all Vedic literature, the Upanishads alone are widely known, and their diverse ideas, interpreted in various ways, informed the later traditions of Hinduism.[2][10]

This article contains Indic text. Without proper rendering support, you may see question marks or boxes, misplaced vowels or missing conjuncts instead of Indic text.

The Upanishads are commonly referred to as Vedānta. Vedanta has been interpreted as the "last chapters, parts of the Veda" and alternatively as "object, the highest purpose of the Veda".[11] The aim of all Upanishads is to investigate the nature of Ātman (self), and "direct[ing] the enquirer toward it."[12][13] Various ideas about the relation between Atman and Brahman can be found, and later commentators tried to harmonize this diversity.[13][note 3] Along with the Bhagavad Gita and the Brahmasutra, the mukhya Upanishads (known collectively as the Prasthanatrayi)[14] provide a foundation for the several later schools of Vedanta, including Adi Shankara's Advaita Vedanta (monistic or nondualistic),[note 4] Ramanuja's (c. 1077–1157 CE) Vishishtadvaita (qualified monism), and Madhvacharya's (1199–1278 CE) Dvaita (dualism).

Around 108 Upanishads are known, of which the first dozen or so are the oldest and most important and are referred to as the principal or main (mukhya) Upanishads.[15][16] The mukhya Upanishads are found mostly in the concluding part of the Brahmanas and Aranyakas[17] and were, for centuries, memorized by each generation and passed down orally. The mukhya Upanishads predate the Common Era, but there is no scholarly consensus on their date, or even on which ones are pre- or post-Buddhist. The Brhadaranyaka is seen as particularly ancient by modern scholars.[18][19][20]

Of the remainder, 95 Upanishads are part of the Muktikā canon, composed from about the last centuries of 1st-millennium BCE through about 15th-century CE.[21][22] New Upanishads, beyond the 108 in the Muktika canon, continued to be composed through the early modern and modern era,[23] though often dealing with subjects that are unconnected to the Vedas.[24]

With the translation of the Upanishads in the early 19th century they also started to attract attention from a Western audience. German philosopher Arthur Schopenhauer was deeply impressed by the Upanishads and called it "the most profitable and elevating reading which... is possible in the world".[25] Modern era Indologists have discussed the similarities between the fundamental concepts in the Upanishads and major Western philosophers.[26][27][28]