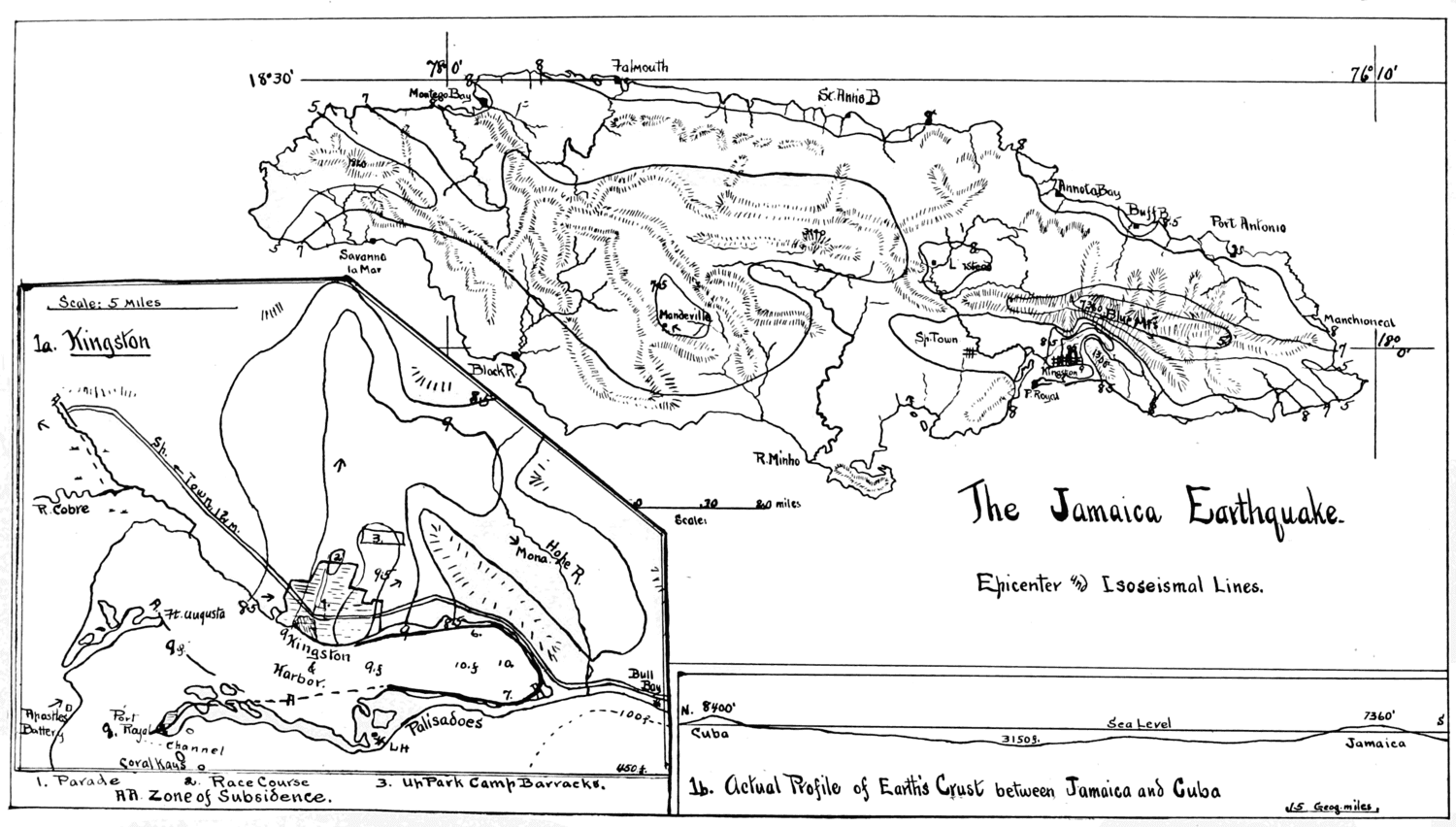 The 1907 Kingston earthquake which shook the capital of the island of Jamaica with a magnitude of 6.2[1] on the moment magnitude scale on Monday January 14, at about 3:30 p.m. local time (20:36 UTC), is described by the United States Geological Survey as one of the world's deadliest earthquakes recorded in history.[2] Every building in Kingston was damaged by the earthquake and subsequent fires, which lasted for three hours before any efforts could be made to check them, culminating in the death of about 1,000 people, and causing approximately $30 million in material damage ($872.46 million in 2021).[1] Shortly after, a tsunami was reported on the north coast of Jamaica, with a maximum wave height of about 2 m (6–8 ft).[2]