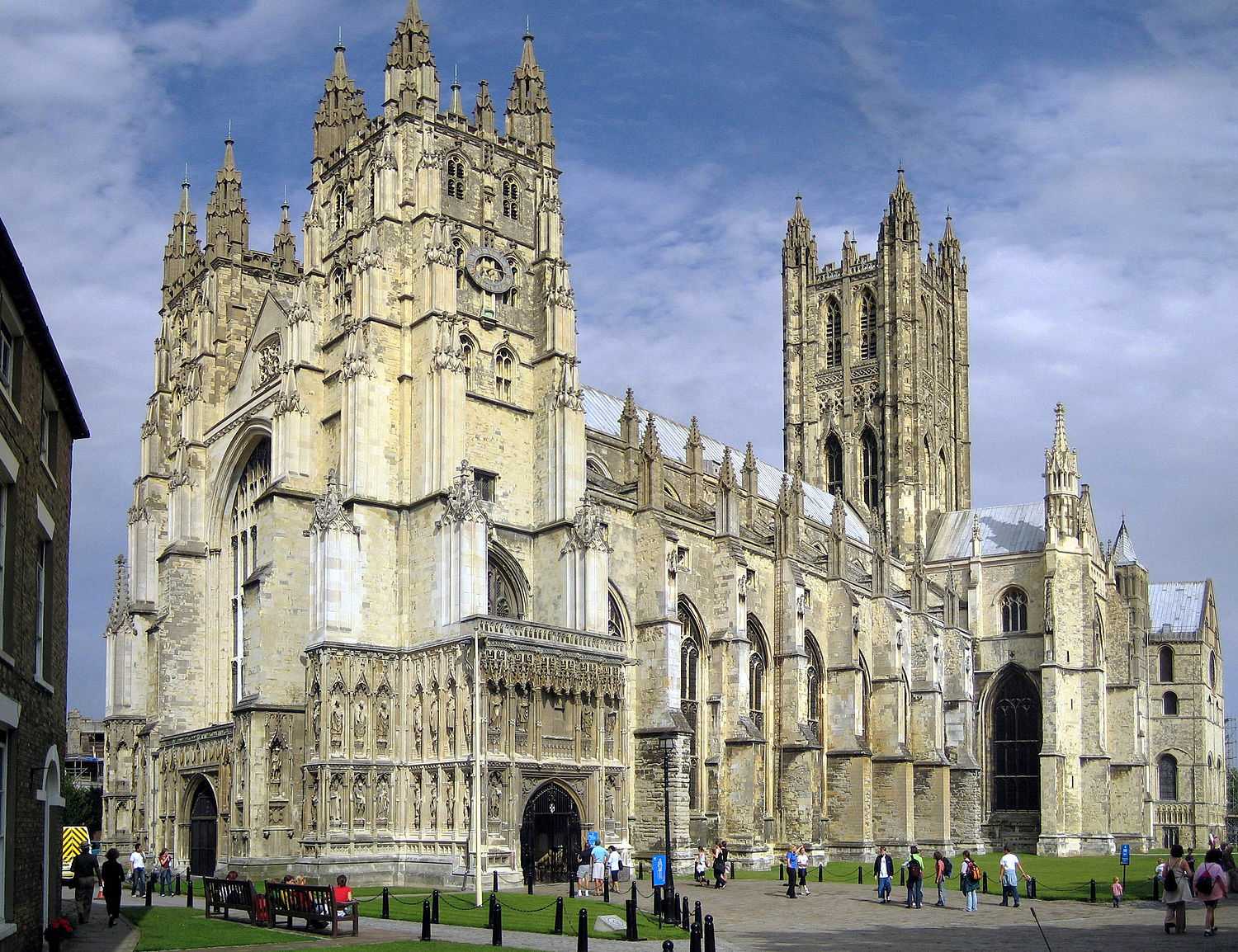 Anglicanism is a Western Christian tradition that has developed from the practices, liturgy, and identity of the Church of England following the English Reformation,[1] in the context of the Protestant Reformation in Europe. It is one of the largest branches of Christianity, with around 110 million adherents worldwide as of 2001[update].[2][3]

Adherents of Anglicanism are called Anglicans; they are also called Episcopalians in some countries. The majority of Anglicans are members of national or regional ecclesiastical provinces of the international Anglican Communion,[4] which forms the third-largest Christian communion in the world, after the Roman Catholic Church and the Eastern Orthodox Church.[5] These provinces are in full communion with the See of Canterbury and thus with the Archbishop of Canterbury, whom the communion refers to as its primus inter pares (Latin, 'first among equals'). The Archbishop calls the decennial Lambeth Conference, chairs the meeting of primates, and is the president of the Anglican Consultative Council.[6][7] Some churches that are not part of the Anglican Communion or recognised by it, also call themselves Anglican, including those that are within the Continuing Anglican movement and Anglican realignment.[8]

Anglicans base their Christian faith on the Bible, traditions of the apostolic church, apostolic succession ("historic episcopate"), and the writings of the Church Fathers.[1] Anglicanism forms one of the branches of Western Christianity, having definitively declared its independence from the Holy See at the time of the Elizabethan Religious Settlement.[9] Many of the new Anglican formularies of the mid-16th century corresponded closely to those of historical Protestantism. These reforms in the Church of England were understood by one of those most responsible for them, Thomas Cranmer, the Archbishop of Canterbury, and others as navigating a middle way between two of the emerging Protestant traditions, namely Lutheranism and Calvinism.[10]

In the first half of the 17th century, the Church of England and its associated Church of Ireland were presented by some Anglican divines as comprising a distinct Christian tradition, with theologies, structures, and forms of worship representing a different kind of middle way, or via media, between Protestantism and Catholicism – a perspective that came to be highly influential in later theories of Anglican identity and expressed in the description of Anglicanism as "catholic and reformed".[11] The degree of distinction between Protestant and Catholic tendencies within the Anglican tradition is routinely a matter of debate both within specific Anglican churches and throughout the Anglican Communion. Unique to Anglicanism is the Book of Common Prayer, the collection of services in one prayer book used for centuries. The book is acknowledged as a principal tie which binds the Anglican Communion together as a liturgical rather than a confessional tradition or one possessing a magisterium as in the Roman Catholic Church.

After the American Revolution, Anglican congregations in the United States and British North America (which would later form the basis for the modern country of Canada) were each reconstituted into autonomous churches with their own bishops and self-governing structures; these were known as the American Episcopal Church and the Church of England in the Dominion of Canada. Through the expansion of the British Empire and the activity of Christian missions, this model was adopted as the model for many newly formed churches, especially in Africa, Australasia, and the Asia-Pacific. In the 19th century, the term Anglicanism was coined to describe the common religious tradition of these churches; as also that of the Scottish Episcopal Church, which, though originating earlier within the Church of Scotland, had come to be recognised as sharing this common identity.