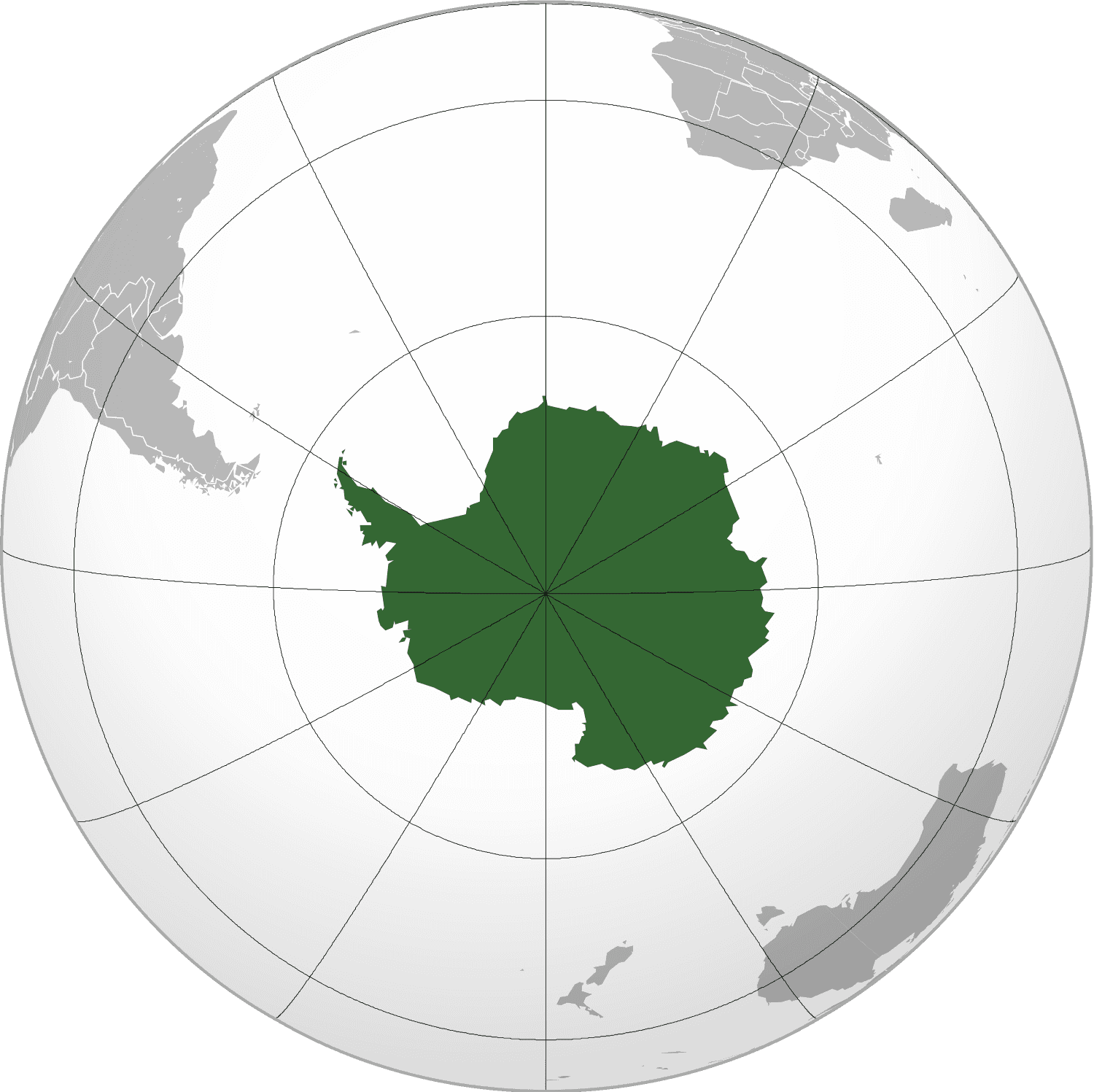 listen))[note 1] is Earth's southernmost and least-populated continent. Situated almost entirely south of the Antarctic Circle and surrounded by the Southern Ocean, it contains the geographic South Pole. Antarctica is the fifth-largest continent, being about 40% larger than Europe, and has an area of 14,200,000 km2 (5,500,000 sq mi). Most of Antarctica is covered by the Antarctic ice sheet, with an average thickness of 1.9 km (1.2 mi).

Antarctica is, on average, the coldest, driest, and windiest of the continents, and it has the highest average elevation. It is mainly a polar desert, with annual precipitation of over 200 mm (8 in) along the coast and far less inland. About 70% of the world's freshwater reserves are frozen in Antarctica, which, if melted, would raise global sea levels by almost 60 metres (200 ft). Antarctica holds the record for the lowest measured temperature on Earth, −89.2 °C (−128.6 °F). The coastal regions can reach temperatures over 10 °C (50 °F) in summer. Native species of animals include mites, nematodes, penguins, seals and tardigrades. Where vegetation occurs, it is mostly in the form of lichen or moss.

The ice shelves of Antarctica were probably first seen in 1820, during a Russian expedition led by Fabian Gottlieb von Bellingshausen and Mikhail Lazarev. The decades that followed saw further exploration in French, American, and British expeditions. The first confirmed landing was by a Norwegian team in 1895. In the early 20th century, there were a few expeditions into the interior of the continent. British explorers were the first to reach the magnetic South Pole in 1909, and the geographic South Pole was first reached in 1911 by Norwegian explorers.

Antarctica is governed by about 30 countries, all of which are parties of the 1959 Antarctic Treaty System. According to the terms of the treaty, military activity, mining, nuclear explosions, and nuclear waste disposal are all prohibited in Antarctica. Tourism, fishing and research are the main human activities in and around Antarctica. During the summer months, about 5,000 people reside at research stations, a figure that drops to around 1,000 in the winter. Despite its remoteness, human activity has a significant impact on the continent via pollution, ozone depletion, and climate change.