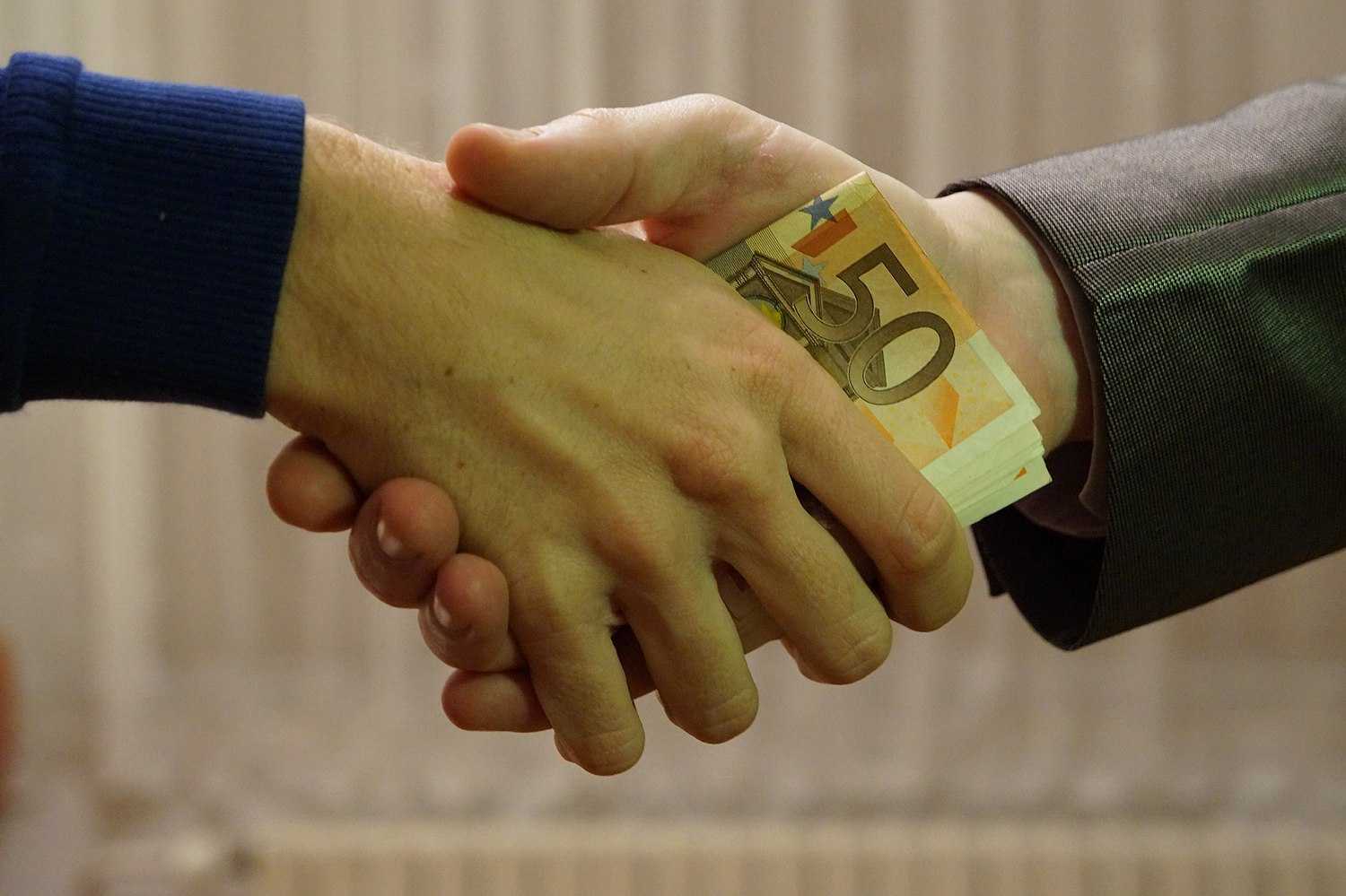 Bribery is the offering, giving, receiving, or soliciting of any item of value to influence the actions of an official, or other person, in charge of a public or legal duty.[1] With regard to governmental operations, essentially, bribery is "Corrupt solicitation, acceptance, or transfer of value in exchange for official action."[2] Gifts of money or other items of value which are otherwise available to everyone on an equivalent basis, and not for dishonest purposes, is not bribery. Offering a discount or a refund to all purchasers is a legal rebate and is not bribery. For example, it is legal for an employee of a Public Utilities Commission involved in electric rate regulation to accept a rebate on electric service that reduces their cost for electricity, when the rebate is available to other residential electric customers. However, giving a discount specifically to that employee to influence them to look favorably on the electric utility's rate increase applications would be considered bribery.

Corrupt solicitation, acceptance, or transfer of value in exchange for official action

A bribe is an illegal or unethical gift or lobbying effort bestowed to influence the recipient's conduct. It may be money, goods, rights in action, property, preferment, privilege, emolument, objects of value, advantage, or merely a promise to induce or influence the action, vote, or influence of a person in an official or public capacity.[3]

The United Nations Sustainable Development Goal 16 has a target to substantially reduce corruption and bribery of all forms as part of international effort aimed at ensuring peace, justice and strong institutions.[4]

Everything in our society goes through changes that brings long-lasting positive or negative complications. Similar has been the case with bribery, which brought negative changes to societal norms as well as to trade. The researchers found that when bribery becomes part of social norms, then one approach is not enough to tackle bribery due to the existence of different societies in different countries.[5][6] If severe punishment works in one country, it doesn’t necessarily mean that severe punishment would work in another country to prevent bribery.[6] Also, the research found that bribery plays a significant role in public private firms around the world.[7]