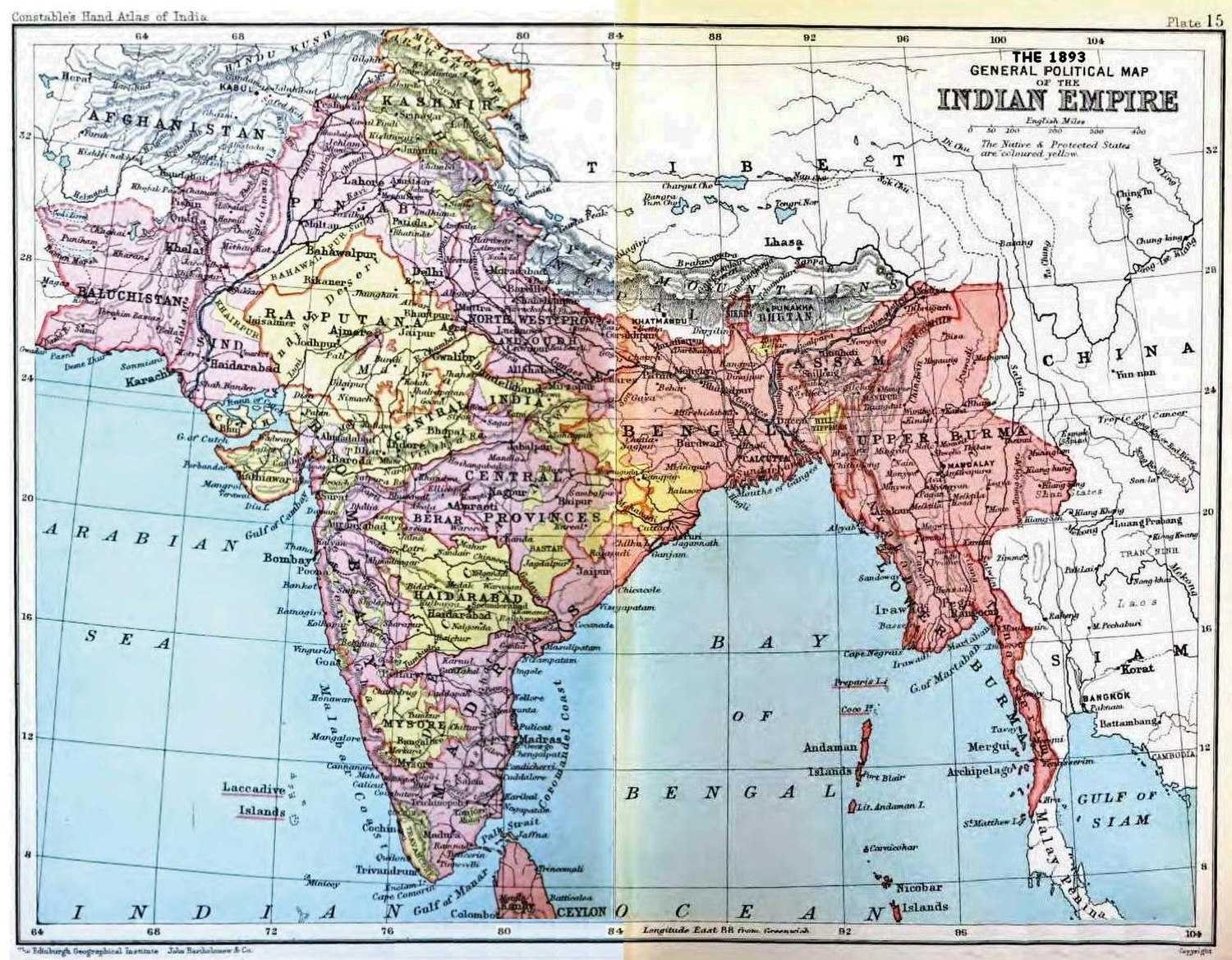 British India was the collective name for the administrative divisions of British governance on the Indian subcontinent, also termed as the provinces of India, earlier presidencies of British India and still earlier, presidency towns. In one form or another, they existed between 1612 and 1947, conventionally divided into three historical periods:

"British India" did not include the many princely states which continued to be ruled by Indian princes, though by the 19th century under British suzerainty—their defence, foreign relations, and communications relinquished to British authority and their internal rule closely monitored.[2] At Indian Independence in 1947 there were over 500 of these (most extremely small, but with a few very large ones). In the British Raj, the provinces comprised approximately three-quarters of the population and three-fifths of the land area of India, the princely states comprising the remainders.[3]